The head of the European Space Agency has said that Europe needs to beef up its space program or be left in the dust by other countries. "European astronauts should be on European rockets," he said. 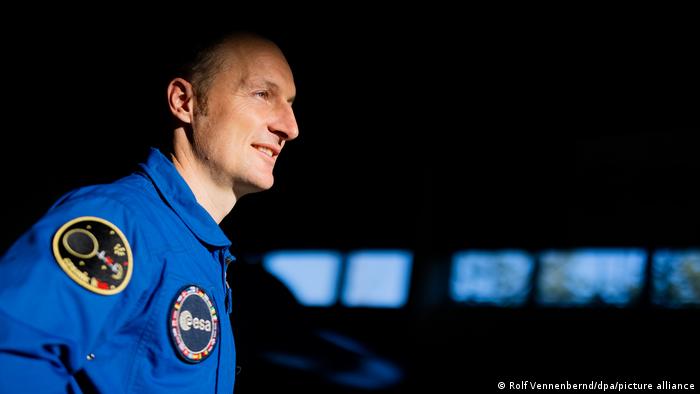 Josef Aschbacher, head of the European Space Agency (ESA), said in a press conference on Thursday that "Europe needs to scale up in order not to be thrown out of the race or left behind" when it comes to space exploration.

Aschbacher was speaking next to German astronaut Matthias Maurer, who is set to fly to the International Space Station (ISS) at the end of October on a US rocket from the Kennedy Space Center in Florida.

Maurer would work on more than 100 experiments during his stay, Walther Pelzer of the German space agency, the DLF, said, boasting that Germany would once again have a "heavyweight" presence on the space station. The last German to live on the ISS, Alexander Gerst, returned from his second stint on board in December 2018. For a short while, Gerst held the record for having spent more time in orbit than anyone else.

Both Aschbacher and Maurer spoke enthusiastically about the future of European space tourism in light of billionaires Jeff Bezos, Elon Musk and Richard Branson making first attempts at similar projects in July.

Aschbacher saw tourism as something space agencies were "underestimating."

"We will see a huge boost in human space flight in the coming years," the Austrian geophysicist said.

According to the ESA, Maurer's mission will begin no earlier than October 31 and last for six months. Precise launch dates are difficult to set in advance owing to weather conditions and other considerations.

Russia's attack on Ukraine makes the EU-Russia joint effort to discover life on Mars impossible to realize at this time, says the European Space Agency.