He captured the horrors of World War I in his novel, garnering him intense criticism. Did Ernst Jünger glorify the violence, or did he mercilessly describe it? 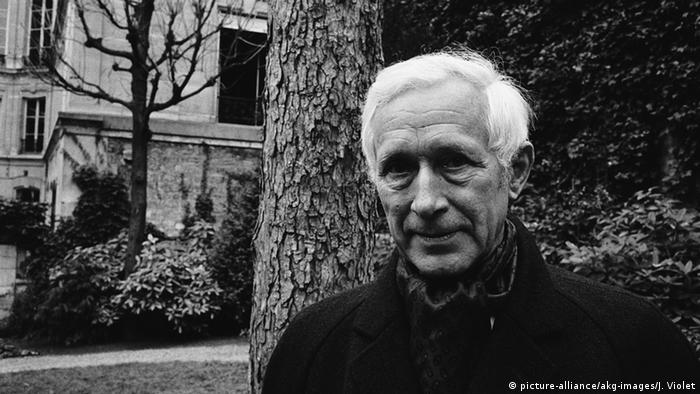 This man was quite certain about what he was writing. Like many of his contemporaries, Ernst Jünger voluntarily went to the front lines in 1914. People were looking for a "purifying" war, a big adventure, in the midst of a massive period of change and upheaval at the beginning of the 20th century.

Technological progress was advancing at a rapid pace while the global economy exploded. Women were taking to the streets, demanding their rights. Psychoanalysts were examining the human subconscious. What was left behind were insecure men who were unsure about their identity and the role they played.

A war — cathartic, noble, just — seemed apt for male self-assurance. But rather than experiencing a heroic blitzkrieg, Ernst Jünger faced the ugly reality of the trenches. Until the end, he fought on the very front lines, was repeatedly wounded and, just before the end of the war in September 1918, he was awarded with the highest military honor, the Pour le Mérite.

'Storm of Steel' by Ernst Jünger

Jünger meticulously wrote in his journal throughout the war years. His Storm of Steel would not relinquish its grip on him. He nearly manically wrote and rewrote the text over the years, creating seven different versions which vary fundamentally in the force of their expression. In the original diary entries, war-weary Jünger asks in an admonitory manner:

"For I cannot too often repeat, a battle was no longer an episode that spent itself in blood and fire; it was a condition of things that dug itself in remorselessly week after week and even month after month.... Chivalry here took a final farewell." 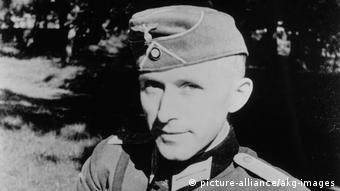 Ernst Jünger as an officer in 1939

"Trench fighting is the bloodiest, wildest, most brutal of all ... Of all the war's exciting moments none is so powerful as the meeting of two storm troop leaders between narrow trench walls."

This exaltation of war turned Ernst Jünger into a figurehead of the conservative right, even though the author saw himself more as a member of the avant-garde with an affinity to the Futurists. His stance toward the National Socialists was ambivalent for a long time, yet their monopolization was too abhorrent to Jünger.

While Eric Maria Remarque's All Quiet on the Western Front was celebrated around the world as the anti-war novel par excellence, the three-year-younger Ernst Jünger was considered by many to be a war apologist. His manic reworkings of his book, however, clearly show just how deeply traumatized Jünger was by his experiences in the trenches.

With each new version, he attempted to project some sort of sense or meaning into the horrors, to make the unspeakable explicable. What lies behind Jünger's stylization is a psychological processing that is unique in literature. Only by comparing the various versions of Storm of Steel does one get a sense of the wounds the war left behind, which never really healed.

Ernst Jünger was born in Heidelberg in 1895. He was a foreign legionary, an officer in both world wars, a dandy, a philosopher and a writer. He remained an outsider in Germany's literature scene. Often controversial, he was often criticized for being a forerunner of National Socialism. His devotees, who also included statesmen, adored him. His received the Goethe Prize in 1982, which caused an outcry. Jünger passed away in 1998 at the age of 102.

Many decades after it was first published, Fallada's novel has become an international bestseller that has been translated into over 30 languages. His masterpiece tells of citizen resistance against a brutal Nazi regime. (08.10.2018)