They steal, they sell their bodies and beat each other up in Berlin during the 1930s. Ernst Haffner's novel offers a merciless view of homeless youth in the throngs of the big city. 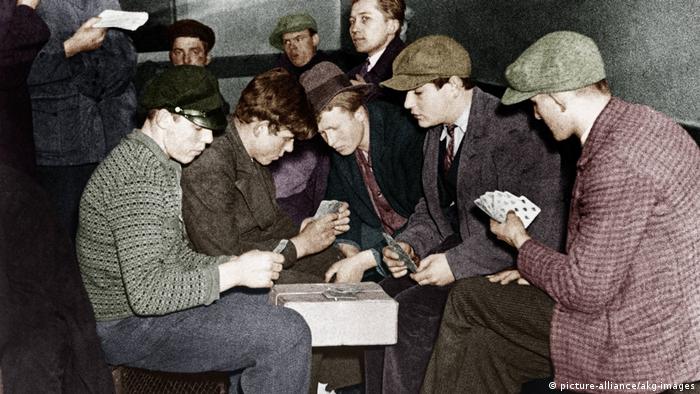 Their specialty is picking the pockets of the clueless johns of prostitutes. One has to be cunning for that, and have no scruples. The "blood brothers" include Ludwig, Fred, Walter, Hans and all the other depraved youth who get by through thievery, dealing stolen goods, and quick prostitution in the big city jungle of Berlin.

Morass of poverty and prostitution

Some of the young men between the ages of 16 and 19 fled from the beatings of abusive fathers. Others were thrown out of the social welfare institutions in which tens of thousands of young people were kept during the Weimar Republic — mainly those from families that collapsed during the First World War, or due to economic reasons. They are uprooted, underage losers.

"From the moment they undertook their first uncertain steps, they were on their own. Father was at the Front or already listed missing. Mother was turning grenades, or coughing her lungs out a few grams at a time in explosives factories. The kids with their turnip bellies — not even potato bellies — were always out for something to eat in courtyards and streets."

The rallying cry of the clique: "Hungry bellies, parched throats." They wander around aimlessly in the musty courtyards of Berlin, catnap on the benches of waiting rooms in unemployment offices. In lice-infested joints and seedy bars, the boys prostitute themselves for a few lousy German marks.

"An overheated atmosphere of intense warped eroticism: women trying to catch the eyes of girls, men aroused by male flesh. ...Desires, weary of bathed and anointed bodies, flicker to life at the sight of the less clean, but rawer, prospect of these working-class boys."

It's a morass of poverty, crime and prostitution. This group of young people has nothing in common with the cute gangs that Erich Kästner had described a few years before, such as in Emil and the Detectives. Ernst Haffner exposes the ugly side of the pulsating big city from the perspective of young survival artists.

When his novel, originally titled Jugend auf der Landstraße Berlin (Youth on the Road to Berlin), was published in 1932, there was little response. Perhaps many critics were turned off by its language, feeling it was too drastic and radical.

As a journalist and social worker, Haffner was quite familiar with this social environment. He was adverse to social romanticism inside a book jacket. He wanted his writing to reflect the ways the boys on the street actually spoke — laconically, directly and matter-of-fact. 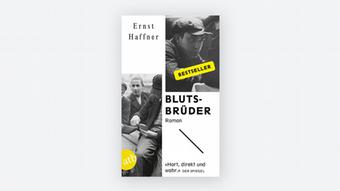 "Blutsbrüder" is the German title

His episodic novel in the New Objectivity style remains just as convincing today through its transparent, vivid language that gets under the reader's skin. One cringes when one senses the emotional numbness with which Willi and the others sell their bodies. Yet the novel also features touching moments of intimacy, such as when the very last cigarette of a pack is shared in solidarity among the group.

Haffner's literary social reportage was a thorn in the side of the National Socialists. Young German boys as depraved criminals and hustlers —that certainly didn't suit their notion of heroic men. In 1933, the Nazis banned Haffner's book, along with thousands of others, as part of their crusade of purification.

All signs of Haffner also went missing during the war. As much as he offered a precise literary depiction of the brutalized youth of the streets, there is so little known of the author himself. There's no photo of him, no further book. Ernst Haffner remains a major stranger in German literature —even today.

The little of what is known about Ernst Haffner is that he was a registered resident of Berlin from 1925 to 1933, and that he worked there as a journalist and social worker. He was invoked into the Reich Literature Chamber in 1938. There is no trace of him after that.