At least five people have been shot after a fight involving more than 100 Eritreans and Afghans erupted in Calais. The French interior minister blamed traffickers for "fueling daily violence and brawls." 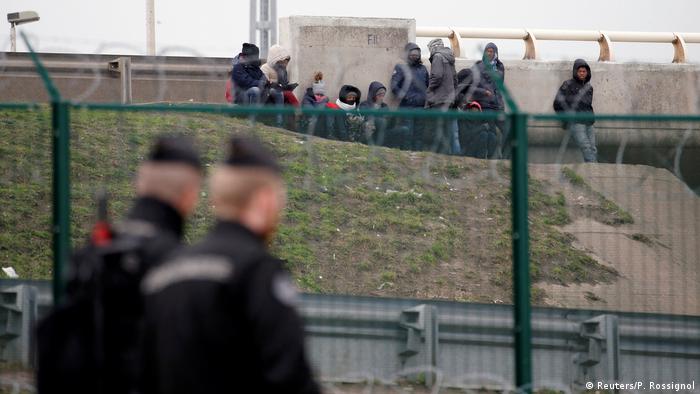 A massive, two-hour brawl involving more than 100 Eritrean and Afghan nationals in Calais on Thursday left five migrants in critical condition after being shot. Twenty-two people were injured. They had been standing in line waiting for food handouts.

Tensions have been high in the French port city since 2016 when authorities demolished a makeshift encampment known as the "Jungle," which hosted thousands of migrants attempting to make their way to the United Kingdom across the English Channel.

Interior Minister Gerard Collomb, who visited the camp on Friday, spoke of an "unbearable" escalation of violence. He blamed human traffickers for "fueling daily violence and brawls."

He reiterated the government's stance of not allowing migrants settle in the area. "The message I want to get across is that if you want to go to Britain, it's not here you should come," he insisted. 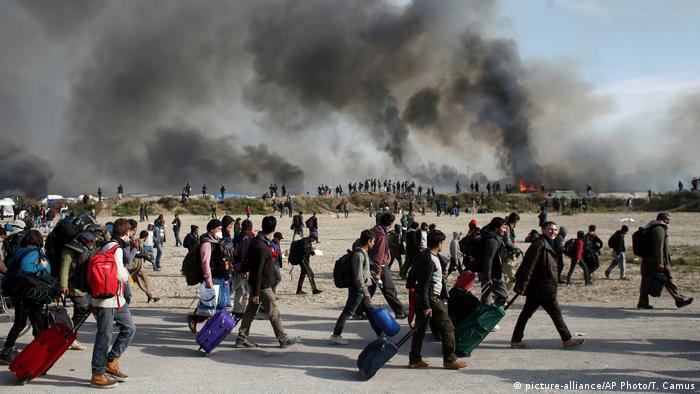 The Calais prosecutor's office said at least 22 more people were injured after suffering "blows from iron bars" during a second fight that broke out at a nearby industrial site. Another person was injured in a road accident.

Last month, French President Emmanuel Macron said, during a speech in which he announced a new border security deal with the UK, "in no case will we allow another 'Jungle' here."

Read more: Opinion: Out of sight, out of mind – Clearing an 'embarrassment' in Calais

What was the 'Jungle': Before the 2016 demolition, the "Jungle" was a sprawling, informal camp that hosted thousands of migrants from Africa and Asia. The migrants were attempting to reach the UK, often by stowing away on lorries.

Why are migrants attempting to reach the UK from France: There are several reasons given by migrants for their attempts to reach British soil, but many of them hope to reunite with their communities in the UK.

What happens next: Under the new security border deal with the UK, London will pay France to increase security at Calais.

Eurotunnel: Passengers stranded for hours between UK and France 24.08.2022

A train stopped in the tunnel beneath the English Channel, leaving passengers trapped for hours. They had to be evacuated through the emergency service tunnel as authorities investigated the breakdown.