Supporters of Recep Tayyip Erdogan have called for a boycott of businesses in Germany linked to a rival of the Turkish president. Erdogan says the US-based cleric Fethullah Gulen helped organize July's coup attempt. 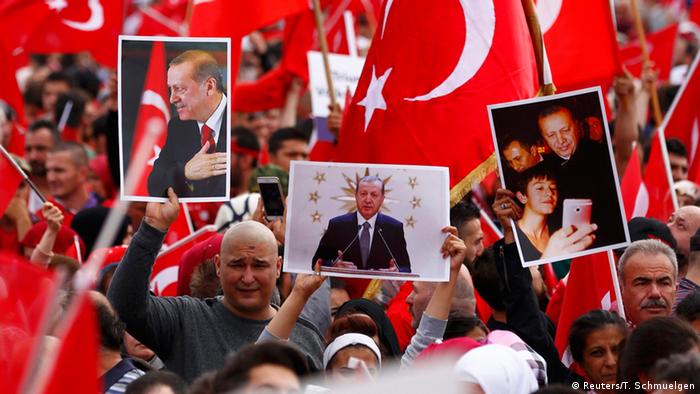 A list of businesses thought to be sympathetic to the US-based cleric Fethullah Gulen in Germany has been shared on social networks such as Twitter and WhatsApp; the newspaper reported that some businesses were even singled out in sermons at mosques. They included hairstylists, construction companies, restaurants, produce vendors and even medical doctors.

"We have become targets," the owner of a print shop who identified himself as a Gulen supporter told Die Zeit.

Business owners in Berlin, the populous state of North Rhine-Westphalia and the southwestern Baden-Württemberg told the German newspaper that they had been yelled at on the streets and called terrorists and traitors to the homeland . Die Zeit reported that some business owners fear physical violence. 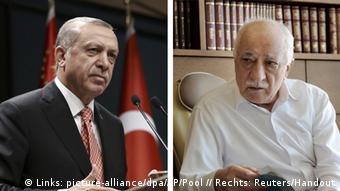 Since the July 15 coup, Erdogan has accused members of the Turkish civil service of disloyalty, firing tens of thousands of government workers and arresting hundreds of people who he says took part in the failed putsch, as well as calling for the legalization of the death penalty. Though many European leaders have accused Erdogan of anti-democratic activities in his purge, he has brushed most criticism off and even accused his counterparts of hypocrisy.

On Wednesday, for example, Erdogan told a crowd in Ankara that Germany had purged Eastern functionaries during its messy early-1990s reunification and therefore officials in Berlin have no place criticizing the punitive campaign underway in Turkey.