Sam Astley, a 24-year-old technology buyer, turned down the chance to see England beat Denmark at Wembley to donate stem cells at a London hospital. But now, after a social media campaign, he is going to Sunday's final. 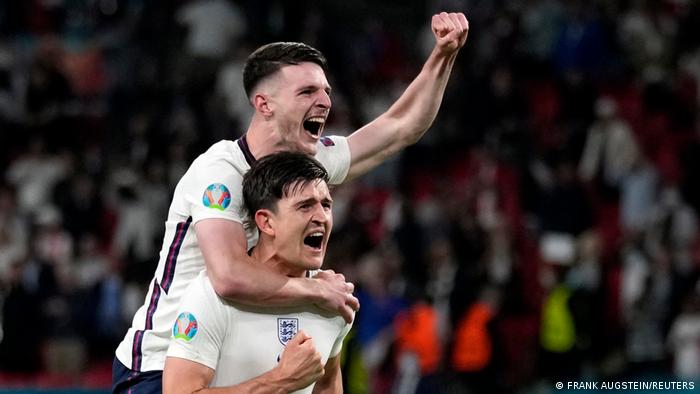 More than 60,000 fans packed into Wembley to watch the game, but one England supporter decided to skip the match and watch it from a hospital bed

An England football fan gave up the chance to see the Three Lions' historic semi-final win over Denmark so he could keep a promise to donate stem cells.

Sam Astley turned down the chance to go to Wembley as he had a long-standing hospital appointment to have his bone marrow harvested.

The 24-year-old's girlfriend Beth Hill had won tickets in an online competition. Hill, a critical care nurse, could not go either after a colleague tested positive, forcing her to isolate.

Astley, who lives near Birmingham, central England, decided to watch the Euro 2020 clash, which England won 2-1, from his hospital bed after refusing to cancel the procedure.

Hill told Britain's Press Association news agency of her partner: "He was like, 'I'm not going to go (to the football), there's no way I'm going to delay the donation, this is a chance of life for someone else.'"

She said doctors had told her that Astley had woken up from the operation signing the "football's coming home" chorus of the 1996 England fan staple "Three Lions."

Astley's story sparked a social media campaign to secure him a pair of tickets to the final on Sunday when England will face off against Italy.

Who helped Astley get tickets for the final?

Astley had signed up to the donor register at a memorial football match organized six weeks ago in memory of Olly Wilkes, who took his own life aged 22.

Euro 2020 sponsor Vivo said it would provide him with tickets to the final.

The smartphone firm thanked Astley for "his selfless lifesaving donation" and invited the couple to attend the final as its guests.

"We hope that both of them enjoy the experience," the company said in a statement.