Uruguayans of African descent are more likely to drop out of school and are often being discriminated against. A new law aims at boosting their chances by providing scholarships and a quota for government jobs. 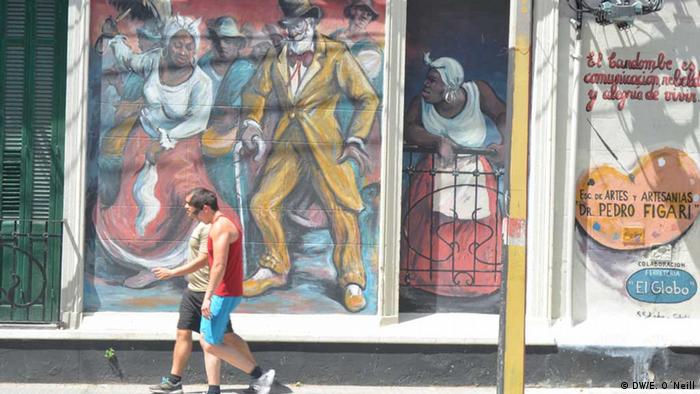 For Afro-Uruguayans, racist comments are a part of daily life. "People say things like, 'You’re so pretty for someone with dark skin!' or 'Wow, you speak really well,'" Elizabeth Suarez said.

Others have been physically assaulted. Last year, Suarez's friend and fellow activist Tania Ramirez was attacked by five women on her way home, sparking protests across the country. 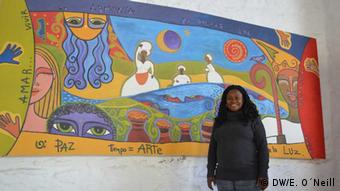 According Uruguay's 2011 census, the first census to include race on the questionnaire, eight percent of Uruguayans are of African descent. However, this number is disputed because of the way the race question was formulated - it could be up to 12 percent. Half of Afro-Uruguayans live below the poverty line, compared to one quarter of the general population. Half of Afro-Uruguayans never finished high school, and only seven percent have university degrees.

"It's very hard for someone of African descent to make it to college because you have to have the economic support of a family that our community doesn't have, so we have to start working [at a young age]," said activist Alexander Silvera. "There's also a cultural issue. In my case, my grandfather, for example, always told us, 'Why do you want to study if you’re going to have to work in construction?'"

It is partly due to lower educational achievement that unemployment among Afro-Uruguayans stands at 14 percent, three points higher than the general unemployment rate in Uruguay. But as Silvera points out, the country's history is also a factor which is hard to shake off.

"The work that we do has been the same since when we were slaves. Afro-Uruguayan women are still domestic employees, badly treated, earning miserable salaries. Afro-Uruguayan men have precarious jobs with low salaries," he said.

According to Suarez, interpersonal racism also plays a role in high unemployment among Afro-Uruguayans. She recalled how she - at a friend's suggestion - once applied for a job as a secretary at an old people's home, only to be told the position had already been filled when she arrived for the interview. When Suarez suspected discrimination, she sent her friend along to find out why she was rejected.

"They told her, 'The thing is, we can't hire people of African descent because it's an old people's home in a residential area where people have a lot of money, and it bothers some people,'" Suarez said.

Suarez too sees the country's history of slavery as the roots of Afro-Uruguayans social and economic disadvantage today. "The enslaved labor force provided free labor for hundreds of years - in the Uruguayan case, for 200 or 300 years. Slaves formed the economic basis of the construction of Uruguay, and they weren't paid any kind of reparations." 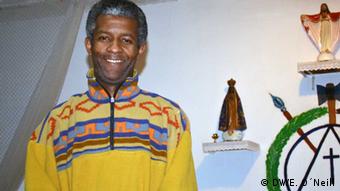 Since slavery was abolished in the early 1800s, the Uruguayan dictatorship of 1973 to 1985 dealt a second blow to the Afro-Uruguayan community. During this time, many Afro-Uruguayans were evicted from their historical homes in Palermo and Barrio Sur, neighborhoods of the country's capital, Montevideo.

Suarez's family was one of those evicted in 1976. "We suffered from being uprooted. We were separated from the culture, from the community that had been constructed, from the ties of solidarity," she said. Rebuilding the Afro-Uruguayan community in the wake of the dictatorship has been a huge challenge ever since. Most of those evicted still live in Montevideo’s poor suburbs and cannot afford to move back.

Earlier this year, the Uruguayan Congress passed a new law aiming to right some of these historical wrongs by creating opportunities for future generations of Afro-Uruguayans. The law, which will go into effect in late December, establishes scholarships for Afro-Uruguayan students and aims to reduce school desertion by including Afro-Uruguayan history and culture in the standard curriculum. It also reserves eight percent of government jobs for qualified Afro-Uruguayans and gives tax incentives to private companies who hire people of African descent.

The affirmative action portions of the law will last 15 years, but Alicia Saura, head of the national government's Commission Against Racism, believes that this period is too short to have a real effect. "I fear that 15 years isn't enough time, because first our people have to finish their studies and become qualified," she said. 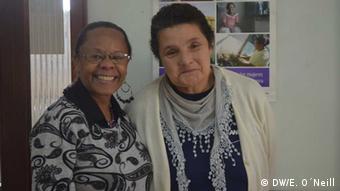 Saura is also concerned because the law will not have a budget for another two years. No scholarships or curriculum reforms will come into place until 2015 at the earliest.

For Saura, however, it is a step in the right direction. She herself has experienced racism during her career. "I'm a lawyer, and, once, in a hearing, the judge referred to my client thinking that he was the lawyer, because my client was white. So I had to say, 'No, I'm the lawyer.' He had supposed that someone of African descent couldn't manage to be a professional of this kind."

While the law has been met with some concern among Uruguayans over positive discrimination, Beatriz Santos, the head of the Government of Montevideo's Forum on the Rights of People of African Descent, is convinced that it is necessary to repair an historical wrong and change the situation for Afro-Uruguayans for the future.

"Enough waiting already," she said. "We can't keep opposing my people's needs. I don't want my grandson and my granddaughter to have to have the same painful experiences that I did."

Victory turned sour for those calling for the United Kingdom to outlaw Indian-type caste discrimination, when it was revealed the rules won't come into force until 2015. Some British Indians say such a law isn't needed. (03.10.2013)

Pilar Campliglia's childhood was marked by the murderous dictatorship that ran Argentina and destroyed her family in the 1970s. It took her years before she found the route to recovery - which again was all about family. (07.08.2013)