Emmanuel Macron's storming of the Bastille

French President Emmanuel Macron's clear victory in the first round of French parliamentary elections has completely changed the political party system - for now. The defeated mainstream parties can still bounce back. Emmanuel Macron's winning streak continues. Almost a month ago, he moved into the Elysee Palace, and next Sunday he expects a solid majority for his newly formed centrist party La Republique en Marche (LREM) and its allies after the second round of legislative elections. The Republicans and the Front National suffered setbacks in the first round and the Socialists failed miserably.

It seems like the political system has gone off the rails. Established parties are a thing of the past; categories like left and right are anachronistic. If LREM really does end up winning 455 of the 577 seats in the National Assembly, that would be one of the largest parliamentary majorities in France since the foundation of the Fifth Republic in 1958.

It is clear that Macron's seemingly unstoppable success can be attributed to the failures of his predecessors. High unemployment and the terrorist threat weigh heavily on the mood of the French. Furthermore, there is an increasing distrust of politicians. "The electoral victory of a politician who was unknown three years ago, who has never held an elected office and has no party base, is a declaration of a considerable crisis of representation and deep disrepute of France's political elite," said political scientist Joachim Schild in an interview with the German newspaper Trierischer Volksfreund at the beginning of May. 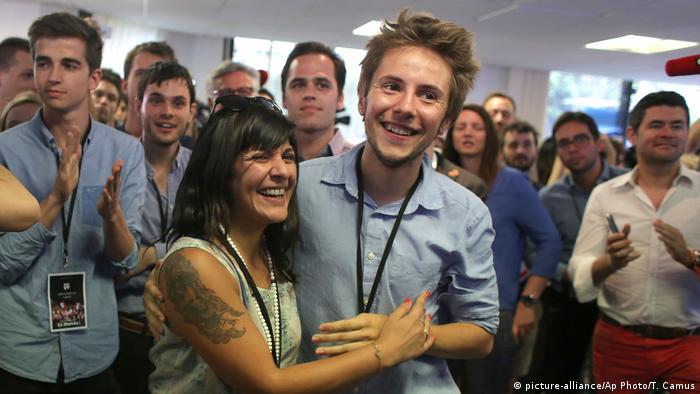 LREM activists celebrate but can the vote change things in France?

It comes as no surprise that a newly elected president in France has won enough votes for an absolute majority. Ever since a constitutional change in 2000, every president has achieved this, including Macron's direct predecessor, Francois Hollande. The establishment of the LREM movement is also nothing unusual. New parties, party divisions and name changes are common in the French political landscape.

Yet the success of LREM is unique in two ways. "Before Macron, there has never been a cross-party government with a president who says he would like to work with the right and the left," says Eileen Keller, a political scientist who works for the Franco-German Institute (DFI) in the German city of Ludwigsburg. Also, the fact that someone who is "incredibly successful first wins the presidential election and then wins such a large majority in the National Assembly in such a short period of time is unique and absolutely remarkable."

The tides can turn quickly

The center could be strengthened by Macron, which means that future coalitions can sway to the left or right. It is completely unclear whether the success of a 39-year-old pro-European will have a lasting effect on the political system, as French election laws encourage the formation of different camps and thus, changing majorities. Small parties have no chance of entering parliament on their own, but they can help stabilize majority parties. "There are good reasons to believe the party landscape is evolving, also as a reaction to the new En Marche bloc," explains Keller. Macron's overwhelming majority could vanish into thin air within five years, especially because it is based on a historically low voter turnout of 15 percent. No one can really tell how much voter support Macron can rely on for his reform plans. 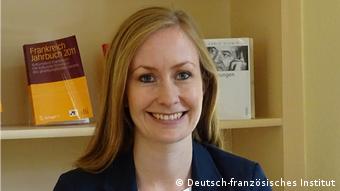 Also, there is a need to wait and see how Macron's camp fares as a parliamentary majority. "They are all new faces. We do not know how these people will fulfill their political duties. We do not know to what extent they are willing to internally distance themselves from Macron and his line," Keller said.

Weakened, but not defeated

The established parties have without doubt been weakened after the weekend's defeats, especially because each parliamentary seat is tied to funding. But the Republicans still have a solid base, says Keller. She adds, "The situation is bleak for the Socialists because they first must fight for survival. But that can change if a part of Macron's huge majority leaves or changes direction."

While the left and Jean-Luc Melenchon are busy keeping their parties and alliance from falling apart, the conservatives are divided into two camps: one has defected to Macron and the other has decided to act as a constructive opposition party that may decide to block certain presidential projects.

And what happened to the Front National? Marine LePen was not able to ride on the wave of her successful presidential bid and managed to mobilize very few voters. "I think the momentum has been completely lost and LePen's reputation is a bit tarnished," says Eileen Keller. It looks like the Front National has to gather strength again. "My guess is that the party will not really have an impact on politics in the coming weeks and months," she analyzed. If this turns out to be true, then the French president would have yet another reason to celebrate.

President Macron is on course to win a significant majority in parliament, pushing the old established parties to the backbenches. It marks the start of a political revolution in France, says DW’s Barbara Wesel. (12.06.2017)

German politicians from across the spectrum have welcomed Macron's plans for strong reforms in France. Macron's party is on track to seize control of the French parliament. (12.06.2017)

Preliminary results have shown French President Emmanuel Macron's party with over 30 percent of the vote, ahead of the conservatives and far right in the first round. The poll was marked by the lowest turnout in decades. (11.06.2017)