Sylvain Fort has confirmed that he will no longer serve in the French president's administration. Fort is the latest Macron official to resign, and he's stepping down as "yellow vests" pose unprecedented challenges. 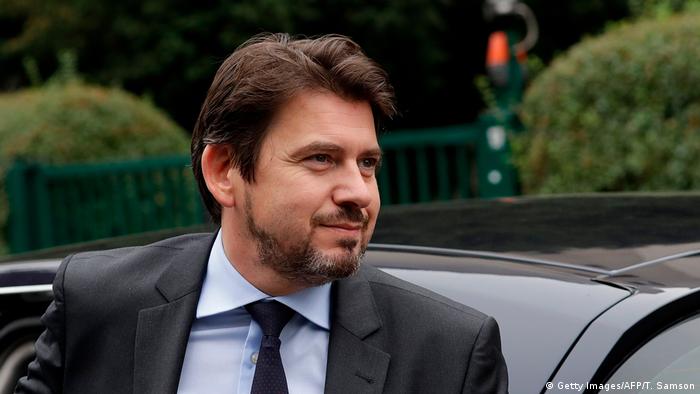 A new year, a new resignation: The director of communications for French President Emmanuel Macron has announced that he is stepping down from his position at the end of the month, adding another name to the list of government officials who have quit under the increasingly embattled president.

French daily Le Parisien announced Wednesday that Sylvain Fort was resigning. On Thursday Fort confirmed the report to the French public radio broadcaster France Info, saying that he had informed Macron of his decision some weeks ago.

Fort said he was stepping down for personal reasons.

"After two and a half years of tireless work for the candidate and then for our president, I would like to focus on other professional and personal projects, and especially on devoting time to my family," Fort told AFP.

"Emmanuel Macron's sense of state and his absolute commitment to serving France are what the country needs in these times of doubt about our collective destiny. I am proud to have served him and assured him, announcing the decision several weeks ago, of my total loyalty," Fort added.

His resignation comes at a challenging time for Macron.

"Yellow vest" protesters across France have demonstrated against the president's tax and energy policies, and there is a growing perception that he is out of touch with the common French citizen. Additionally, Macron has been criticized for mishandling a scandal related to one of his bodyguards, Alexandre Benalla.

Fort has been a close adviser of Macron since the current president launched his campaign in late summer 2016.

Following Macron's election in May 2017, Fort initially served solely as a speechwriter. He later became Macron's communications director after spokesperson Bruno Roger-Petit resigned amid the fallout of the Benalla scandal, which prompted a reorganization of the communications team.

Le Parisien reported that Fort plans to return to the private sector. Prior to working for Macron, the 46-year-old had led a communications agency. He has also been a teacher, publisher and author, writing a book on the well-known Italian composer Giacomo Puccini.

Toll booths on the A9 motorway were blocked by demonstrators for several hours. However, fewer than 2,000 people turned out across Paris to protest against rising living costs and the government's pro-business stance. (22.12.2018)

Inside Europe: Macron's concessions to the Yellow Vests