Russians are unlikely to see a movie biography of British singer Elton John in its entirety when it is released this week. Media are reporting that scenes involving gay sex and drug-taking will have been removed. 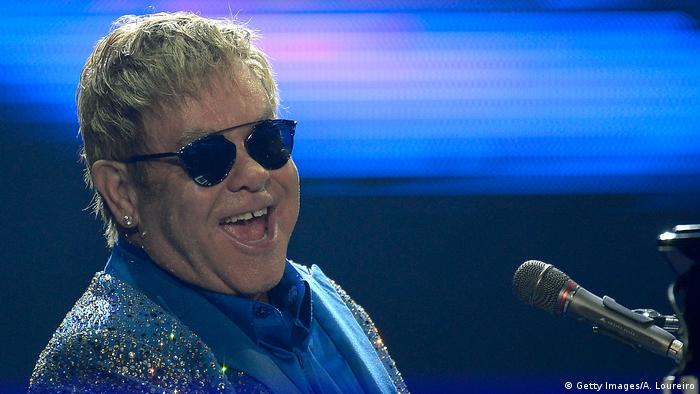 Rocketman, a biopic about renowned gay British musician Elton John, is to open this week in Russia, but media are warning that the version to be shown has lost several scenes from the original that involved men kissing, gay sex or drug-taking.

Elton John himself has reacted with dismay to the reports, calling the decision by the film's distributor to edit the film an indictment of Russia's official attitude toward gay rights.

"We reject in the strongest possible terms the decision to pander to local laws and censor 'Rocketman' for the Russian market," John said in a joint statement on Friday with the makers of the film.

"That the local distributor has edited out certain scenes, denying the audience the opportunity to see the film as it was intended, is a sad reflection of the divided world we still live in and how it can still be so cruelly unaccepting of the love between two people," the statement said. 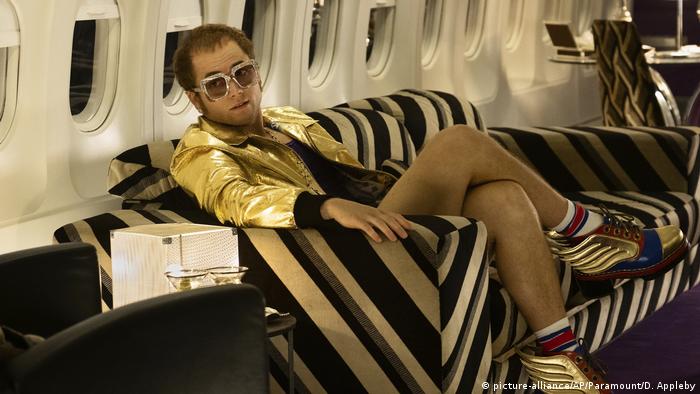 Elton John is played by Taron Egerton in the film

The edits were noticed by a Russian film critic who had seen the film at its May 16 world premiere in Cannes. He was quoted by the English-language Moscow Times as saying that some five minutes of the film had been edited out.

A number of cinemagoers who saw a preliminary screening of the film in Moscow on Saturday expressed their disappointment to the French news agency Agence France-Presse.

"It changes the perception of the view and the value of the film goes down a lot as a result," said one of them, Alexander Ilyin, describing the cuts as "censorship."

The local distributor has said it made the cuts to comply with Russian law.

Russia has a poor record on LGBTI rights. In 2013, it introduced a law banning the promotion of "non-traditional sexual relationships," which many critics have slammed as a bid to completely suppress any expression of an LGBTI lifestyle.

John, 72, who is a prominent gay rights campaigner, has in the past spoken out against the law. He has nonetheless given several concerts in Russia to great acclaim, first performing there in the Soviet era in 1979.

Russian Culture Minister Vladimir Medinsky, however, denied that the cuts were carried out by his ministry. He told state agency RIA Novosti that "we do not cut anything," saying any editing was up to the distributor.

Read more: How 'Candle in the Wind' became an anthem to Princess Diana