How far would a married woman go to feel alive again? In her debut novel, journalist Elke Schmitter paints a fascinating portrait of a woman from the German countryside who has gone astray. 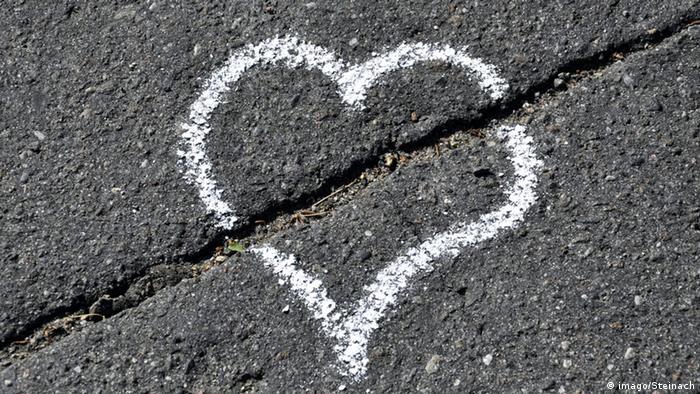 It's a classic story of adultery: Mrs. Sartoris could pass for the younger sister of the world famous Madame Bovary — the famous adulteress brought to life by Gustave Flaubert in the 19th century, triggering a veritable scandal through his portrayal of a woman who defied social conventions and followed her feelings. A woman who showed too much courage. Too much female self-determination for the time. Readers of Madame Bovary were appalled by the "moral weakness" of the main character. The book was even censored.

Boredom in front of the TV

The reaction to Mrs. Sartoris, written by Elke Schmitter 150 years later, was not quite the same — fortunately. In her debut novel, the author daringly proposed a central protagonist that would be held up against other past models. At the same time, she elegantly modernized the classic story through questions of emancipation and freedom.

In the book, Mrs. Sartoris looks back on her life in the West German countryside. Her first love turned out to be a veritable disappointment. She fell in love with the son of a landowner, but the relationship did not last the summer. The rich heir married a woman better befitting to his place, delivering poor Margarethe with a shabby farewell letter.

Going through shame and heartache, in an act of defiance, she marries a banker — a comfortable man working at a credit union. They have a daughter and life carries on in mediocrity, a rhythm that includes evenings with local associations, bowling and time spent in front of the television.

"The wooden bowl from Spain that held the pretzels; a small tin jug that the toothpicks stood in; the cork mats."

A new love with a provincial Casanova

Family evenings spent on an upholstered sofa set, bored housewives, unhappy mothers: Elke Schmitter casually depicts a moralistic portrait of everyday life in the young Federal Republic of Germany in the later half of the 20th century. 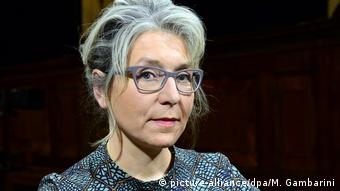 Mrs. Sartoris grows tired of the monotony and wants more from her life — true love. Passion. A married provincial Casanova, she believes, could be the solution. She falls in love and starts having an affair with him.

Of course, everything ends in tragedy. A detailed plan for escaping their lives together fails because of the cowardice of her beloved. But unlike Madame Bovary, Mrs. Sartoris does not suffer the same fate. The end is explosive.

The way that Elke Schmitter weaves this catastrophe into the story with great narrative certainty without falling into clichés is extraordinary, especially for a debut novel. She manages to create a novel that arouses the desire to break from the routine in one's life — even if only for a moment.

Journalist and novelist Elke Schmitter was born in Krefeld in 1961. After her studies in philosophy, she worked for the publishing house S. Fisher before moving on to writing for the culture section of the Tageszeitung (taz) newspaper. She was also briefly chief editor there. She then worked as a freelance author for Süddeutsche Zeitung and Die Zeit and became a culture editor for Spiegel magazine.