The novel reveals a man who goes mad from his love of books, which also leads to his death. Elias Canetti received the Nobel Prize in Literature for his first and only novel. 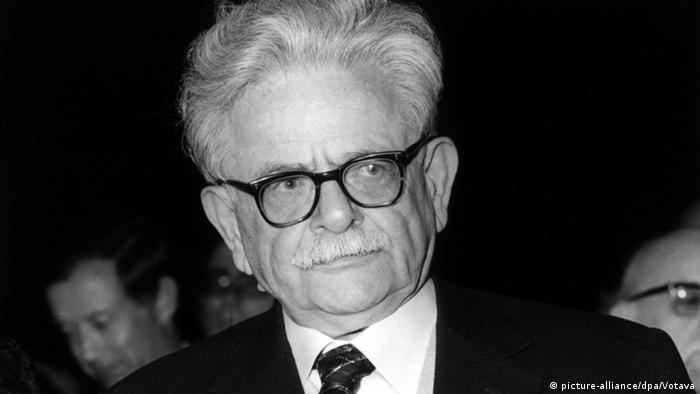 It's a cave of 25,000 books. Bookshelves reaching several meters high line the walls. There are no windows, no daylight to disturb the tomes. It is Peter Kien's realm. The bibliomaniac and the "greatest sinologist of his time" lives in his huge library — isolated from the world, crotchety and lonely, yet finding comfort in "the possession of a well-stocked library, in perfect order and enclosed on all sides, in which no single superfluous article of furniture, no single superfluous person could lure him from his serious thoughts."

A den of books

As much as he loves his books, he detests other people. His aversion towards women is even greater than his hatred of children. He considers them animals pimped up to resemble human beings.

So it is almost a miracle that he marries his housekeeper Therese, who promises to take care of Kien's books. In reality, she just wants his money and disdainfully aims to sell his valuable books. On the very evening of their wedding, a relentless battle begins over who will dominate in the apartment. This union becomes surely the most horrible marriage in the world of literature.

Elias Canetti wrote a wildly exaggerated parable about the power of the petite bourgeoisie and the powerlessness of intellectuals. Nearly a whopping 600 pages long, the novel garnered him the Nobel Prize in Literature in 1981, over 40 years after its first publication.

Everyone is fighting everyone else in this book. In the end, the mutual hatred drives Kien mad. 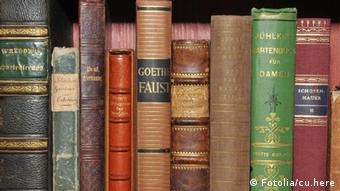 He feels at peace only when he can glance at all of his 25,000 books

"Suddenly, he did not know how it could have happened, the men were changed into books. He gave a great cry and rushed, beside himself, in the direction of the fire. He ran, panted, scolded himself, leaped into the flames and was again surrounded by those imploring human bodies. Again the terror seized him, again God's voice set him free, again he escaped and watched again from the same place the same scene. Four times he let himself be fooled. The speed with which events succeeded each other increased each time. He knew that he was bathed in sweat."

It appears only natural that this unworldly bookworm would ultimately go up in smoke with his entire library. After all, the only love in this novel seems to be that of books. All of the characters themselves are dazed — by money, by the need for material security, on the one hand, and by the fear of reality and bibliomania on the other hand.

Canetti wrote his first and only novel in his early 20s. A key experience for him was the fire in Vienna's Palace of Justice in 1927. What affected him so greatly was not so much the deaths of countless people in the flames, but the comment of one of the panic-stricken clerks who ran around in front of the burning building lamenting: "All the wonderful files! The wonderful files!"

Elias Canetti was born in Rousse, Bulgaria, in 1905. The eldest son of a wealthy Sephardic-Jewish family, he grew up in Vienna and Zurich. After spending time in England and Frankfurt, he studied natural sciences in Vienna. There, he wrote Auto-da-Fé and, while still in his 20s, he began to focus on the phenomenon of crowds. He was forced to leave Austria in 1938, emigrating to England with his wife, Veza. There, he wrote his central sociological work, titled Crowds and Power. From the end of the 1960s onward, he divided his time living in London and Zurich. He died in Zurich in 1994. Elias Canetti received the Nobel Prize in Literature in 1981.