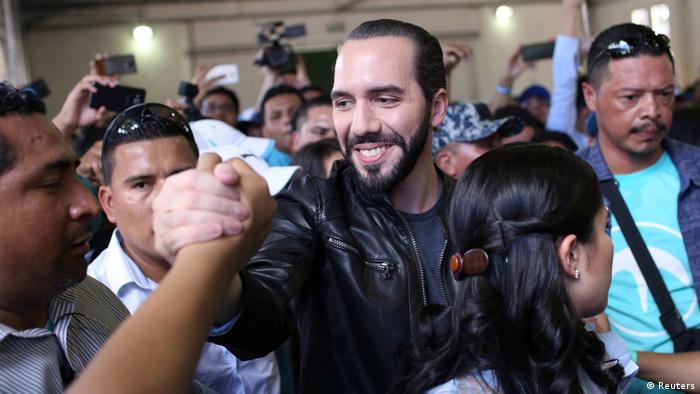 Bukele had 54 percent of the votes with 90 percent of ballots counted.

His biggest challenger, Carlos Callejas of the Nationalist Republican Alliance, was far behind in second with 32 percent, while even further back were former Foreign Minister Hugo Martinez of the Farabundo Marti National Liberation Front and a minor party candidate.

"Today we won the first round and we made history," Bukele said in a victory speech to cheering supporters. "We’ve turned the page on power."

Bukele, the 37-year-old former mayor of San Salvador, is the conservative Grand Alliance for National Unity (GANA) party candidate, and his win will end almost 30 years of a two-party system.

The German Foreign Ministry congratulated Bukele on his victory. "The free and fair elections are a hopeful sign for the country and the region," the ministry said in a tweet.

Other countries and international bodies, including the Organization of American States (OAS), praised the electoral process for being transparent.

All four candidates vowed to end corruption, stamp out gang violence and create more jobs, with cracking down on crime at the top of the agenda.

Since the end of its bloody civil war in 1992, El Salvador has been governed by either the ruling leftist Farabundo Marti National Liberation Front (FMLN) and its rival, conservative Nationalist Republican Alliance (ARENA).

"The two groups that created the war still want to keep governing, and what's more, they're corrupt," Bukele told reporters after voting in the capital.

Bukele made his political debut in 2012 as a small-town mayor with the current-ruling FMLN and won the mayoral election for the capital three years later, automatically making him a potential presidential contender.

Two of the most contentious Roman Catholic figures of the 20th century have been made saints. Salvadoran Archbishop Oscar Romero and Pope Paul VI were among six religious figures canonized in a Vatican ceremony. (14.10.2018)