El Salvador has become the first country in the world to adopt bitcoin as legal tender. The government says the cryptocurrency will save people money, but many residents are skeptical. 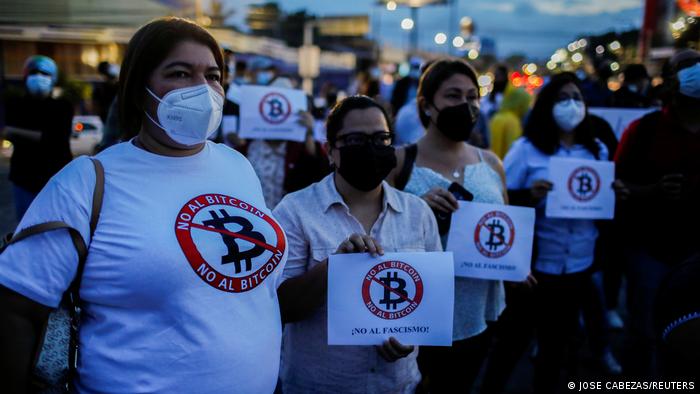 More than 1,000 people marched on the Supreme Court in San Salvador, demanding the so-called Bitcoin law be repealed.

The Central American country, which is reliant on remittances from Salvadorans abroad for nearly a quarter of gross domestic product (GDP), has become the first in the world to compel merchants and government departments to accept the digital coin.

Around the country, cash machines that take bitcoin are being erected, taxes can now be paid in the cryptocurrency and the government is offering $30 (€25.30) in bitcoin credit to anyone who downloads the digital Chivo wallet.

But the plan has not gone down well with the public, and teething troubles on day one meant some merchants weren't ready to accept the digital currency. Worst still, the currency suffered a 17% flash crash.

Some 70% of Salvadorans are opposed to Bitcoin's adoption, according to a survey by Central American University (CAU). They say they'll continue using the US dollar, the country's legal currency for the last 20 years. 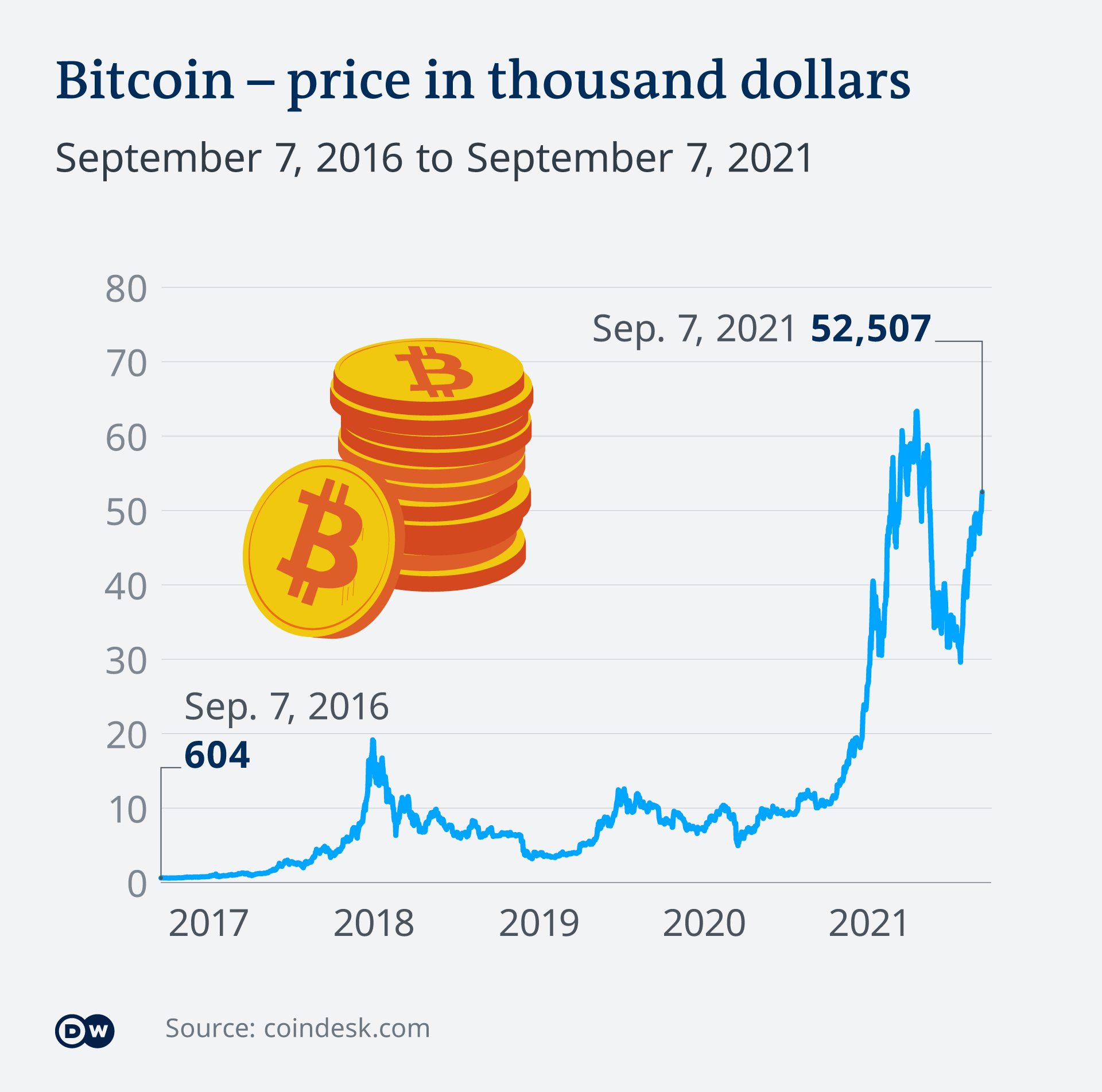 Bitcoin, many critics have said, is too volatile to be used by Salvadorans working overseas to send back to their families. As if to reinforce that belief, the world's largest digital currency suffered a sudden crash Tuesday, falling from nearly $52,000 (€43,100) to less than $43,000. In the spring, the currency reached an all-time high of $64,000.

El Salvador President Nayib Bukele has argued that by adopting the cryptocurrency, Salvadorans will save money on remittance fees — collectively about $400 million a year. He also stressed that the digital coin is not obligatory. Even so, experts and regulators have warned about the lack of protection for bitcoin users, unlike a regular currency.

Over 2.5 million Salvadorans live abroad — mostly in the United States — and in 2020 they sent back almost $6 billion. A 2015 central bank study showed that over one-fifth of Salvadoran households rely on remittances to get by. They include tailor Julio Ramirez, whose daughters send money from the US.

"They say they're not sending it that way because they think they might lose the money; that it won't reach me," the 60-year-old told Reuters news agency. "We're not planning to take the risk at any time."

Another resident, street vendor Mario Perez, said the volatility and complexities around using the Bitcoin system had turned him off. "I'm not going to use it," he told Reuters, as he went to collect a wire transfer from his sister in the US. "Neither for remittances nor for work."

A protest in the capital, San Salvador, last week drew hundreds of people, including Jose Santos Melara, who complained how the cryptocurrency is not backed by any central bank.

'Rich, not poor to benefit'

"This bitcoin is a currency that does not exist, a currency that will not benefit the poor but the rich," Melara told the AFP news agency. "How will a poor person invest [in bitcoin] if they barely have enough to eat?"

Only 30% of Salvadorans had a bank account in 2017, according to the World Bank. 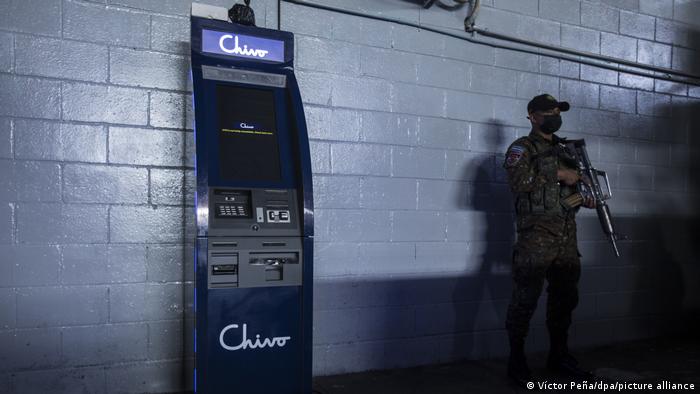 The Chivo platform will allow people to trade bitcoin, including from 200 cash machines

Reuters spoke to 10 Salvadorans who send or receive remittances, and only one said they planned to use the Bitcoin system.

"The population resents that this law was approved repeating the mistakes of the past: on the fly, early one morning, without consultation, without technical studies, without a credible explanation of how it would benefit the country," Ortiz wrote on Twitter on Monday. 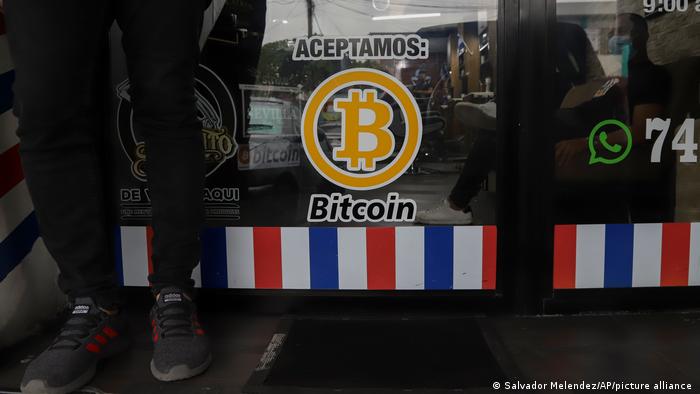 A new law compels merchants to accept bitcoin; the cryptocurrency can even be used to pay taxes

The bill was approved within 24 hours of being presented to Congress — where the president's allies have held a majority since March.

Laura Andrade, director of the Public Opinion Institute of CAU, also decried the lack of input from the public.

"These are decisions the administration and lawmakers have taken without consulting" the population, she told AFP. "People do not perceive it will significantly transform their living conditions."

After the bitcoin law was approved, rating agency Moody's downgraded El Salvador's creditworthiness, while the country's dollar-denominated bonds have also come under pressure.

The US has urged the El Salvador government to ensure a "regulated," "transparent" and "responsible" use of bitcoin, and to protect itself from "malign actors" such as hackers seeking ransom money.