Former Egyptian president Morsi is being tried on allegations of leaking military secrets. Judges are expected to sentence him. Here is a summary of the rise and fall of a prominent member of the Muslim Brotherhood. 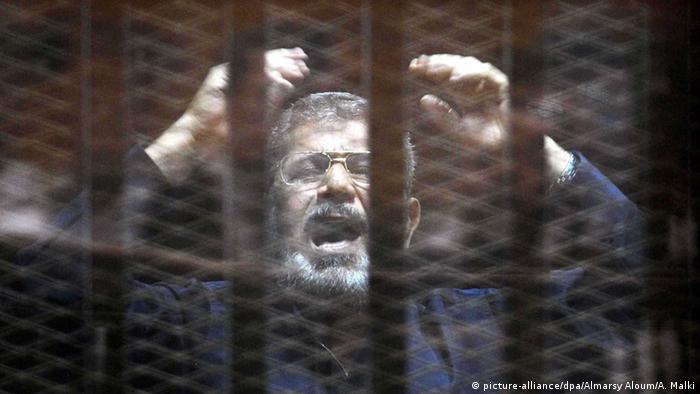 Egypt's toppled President Mohamed Morsi has already been sentenced to lifelong imprisonment and death; now, he faces another sentence in yet another trial. This Saturday, a verdict is expected in his trial on devulging state secrets to Qatar. This trial is just one in a deluge of legal proceedings against the former president.

In early 2011, longtime Egyptian leader Hosni Mubarak was overthrown after mass protests. During the period of political upheaval, the Muslim Brotherhood founded the Freedom and Justice Party, which won the most seats in the parliamentary elections in early 2012. Morsi became head of the party.

In the presidential elections of 2012, Khairat el-Shater initially represented the Muslim Brotherhood's party, but al-Shater was disqualified by the electoral commission. Morsi moved up and won the runoff election by a narrow margin. 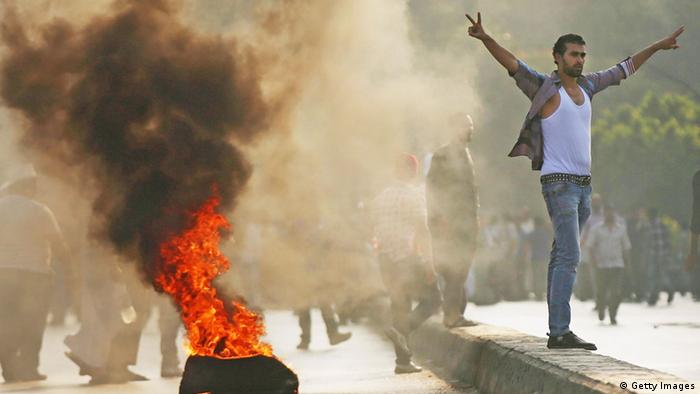 After being sworn in on June 30, 2012, Morsi only spent 368 days in office. His authoritarian style of governing and his failed economic policies led to mass protests. On July 3, 2012, the Egyptian military, led by army chief Abdel Fattah al-Sissi intervened and had Morsi arrested. Supporters of the Muslim Brotherhood took to the streets. In the violent protests, it is estimated that over 1,000 people died. After that, the new transitional government banned the Muslim Brotherhood, claiming it was a terrorist organization. Thousands of the Brotherhood's supporters were detained and several hundred were sentenced to death.

Since July 2013, the imprisoned Morsi has faced many criminal charges. He had allegedly taken part in attacks on police stations and a prison escape. In May, 2015, Morsi was sentenced to death. His lawyers appealed the internationally criticized sentence.

Allegations of spying for Iran

Egyptian prosecutors also accused the former president of treason. He had allegedly spied for Iran and the extremist Hamas organization in the Palestinian territories and the Hezbollah in Lebanon. This is why he was sentenced to life imprisonment. Judges imposed an additional 20-year sentence for the deaths in the violent clashes in front of the presidential palace in 2012.

The current trial is delving into the disclosure of military secrets to Qatar. The wealthy Emirate nation backs the Muslim Brotherhood. On May 7, 2016, six co-defendants have already been sentenced to death in this trial. Morsi, too, faces this sentence.

Six people have been sentenced to death in Egypt for sharing state secrets. Ousted Islamist President Mohammed Morsi is still awaiting his fate. (07.05.2016)

The Muslim Brotherhood was at the heart of the chief prosecutor's killing in 2015, said the interior minister. The chief prosecutor was the most senior official to be killed under el-Sissi's watch. (06.03.2016)