Lawyers for Egypt's toppled President Mohammed Morsi have filed an appeal against a death sentence and a prison term. The former Islamist leader was overthrown by the military following unrest in 2013. 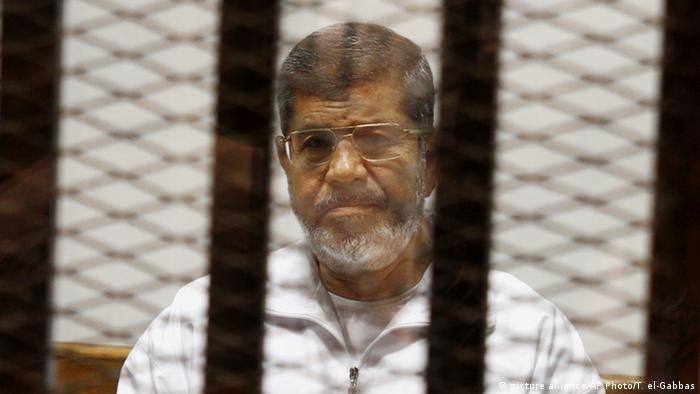 Abdel-Moneim Abdel-Maqsud, a member of Mohammed Morsi's defense team, said the appeal was due to flawed evidence on which the rulings were based, according to local media.

Egypt's top appeals court is to decide on the contestation.

Morsi, Egypt's former president and a leading member of the Muslim Brotherhood, was toppled by the army in July 2013, following mass protests.

He was sentenced to death in June 2015 for allegedly participating in prison breaks and violence against the police during the uprising against veteran leader Hosni Mubarak in 2011. The court also sentenced him to life in prison on charges of espionage.

After Morsi's ouster, hundreds of members and supporters of the Muslim Brotherhood were imprisoned and many sentenced to death.

So far, seven have been executed, including six defendants sentenced by a military court for allegedly participating in militant attacks.

Egypt's president Abdel Fattah al-Sisi has repeatedly emphasized that he regarded the Muslim Brotherhood as a serious threat to national security.

Egypt's state-run media has reported that ousted President Mohammed Morsi has been refusing to eat prison food because he believes it is unsafe. Morsi was sentenced to death in May. (08.08.2015)

Two years ago, the Muslim Brotherhood was driven underground, after President Mohammed Morsi was deposed. Tensions between the Brotherhood and the regime now seem to be escalating. Naomi Conrad reports from Cairo. (02.07.2015)