Egyptian economy is a time bomb | World| Breaking news and perspectives from around the globe | DW | 25.01.2013

Egyptian economy is a time bomb

Businesses in Egypt are having a hard time as the country's currency weakens. That situation, combined with the massive subsidy system threatening to collapse, may be fertile ground for revolts. 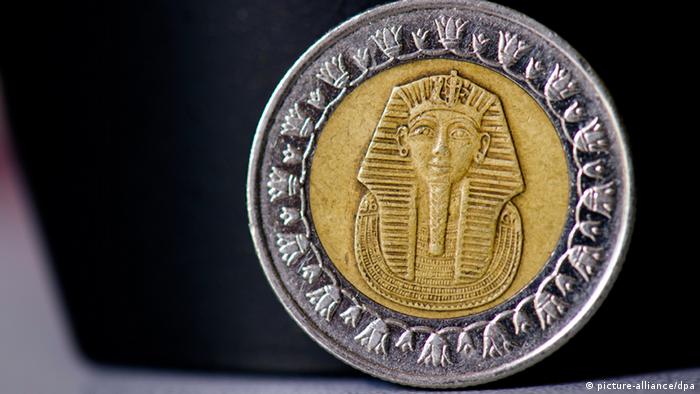 Wahid Mardenly has been a businessman for many years. He runs a textile factory in a Cairo suburb where 500 employees currently sew clothing for well-known companies, such as C&A, Zara and Marks & Spencer. The factory is able to accommodate some 3,000 workers, but business isn't doing well at the moment.

Just recently, Mardenly lost a contract to a foreign competitor. "The problem is that our clients are concerned about placing orders with us," he noted. "We do business with major companies abroad, but they no longer have confidence in our country. They invest here, too, by sending us the fabrics to sew."

Mardenly's employees receive the textiles, buttons and other materials duty-free from their clients in this free trade zone. They sew the items there, and then ship the finished products to Europe and the United States.

Mardenly said that since the revolution two years ago, his employees have become more attuned to their rights and demand more money. But what really concerns him is the problematic security situation. His employees, mainly young women, are brought to work by bus, but their parents are worried about them. "They often won't let their daughters leave home. They're afraid the bus could be raided," he said. "That's already happened two or three times. Criminals stopped the bus and demanded money." 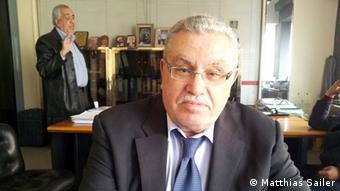 During former president Hosni Mubarak's regime, brutal security forces were omnipresent, but following his overthrow, the police disappeared from the streets. Former regime members tried to make the situation in the country as chaotic as possible. On the other hand, many high-level police officers also make no secret that they do not want to support the ruling Muslim Brotherhood.

But it's not only safety concerns that make the parents of Mardenly's workers reluctant to send off their daughters. "The Islamists sometimes go to the girls' parents and tell them that they shouldn't go to work because it's against the religion - they say a woman should stay home and be a mother," he noted.

But an even more serious problem for businesses are the regular power outages. Very frequently, electricity goes out for up to four hours a day, bringing production to a complete standstill. That has resulted in Mardenly not being able to deliver his clothing products on time, which in turn has caused some of his clients to take their business to Bangladesh and Morocco, where the fabrics are sewn together. 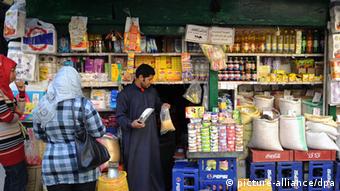 Small businesses suffer the most from the currency crisis

This development has caused Egypt to lose not only urgently needed jobs, but also valuable foreign exchange revenues. After all, Mardenly's customers pay in US dollars and euros and Egypt's central bank could desperately use those at the moment to pay for food and fuel imports, as well as the interest for foreign debt.

Concerns that Egypt will not be able to shoulder these burdens have sent the Egyptian pound on a downward spiral. Imports have become more expensive as a result. That not only puts strain on Egypt's production companies, it has also led to rising costs in the country. "There's a risk involved when calculations are made in Egyptian pounds," Mardenly explained. "The goods get more expensive by the day because Egyptian textile factories import around 80 percent of their raw products, and those have to be paid for in dollars."

The businessman sees a time bomb in these rising prices. About 40 percent of the Egyptian population lives below the poverty line, subsisting on two dollars a day. These people can hardly withstand rising prices. Until now, they have been relatively sheltered from the increasing prices by way of massive subsidies for bread and gas. But the state must buy these subsidized products from abroad at normal prices in dollars or euros. 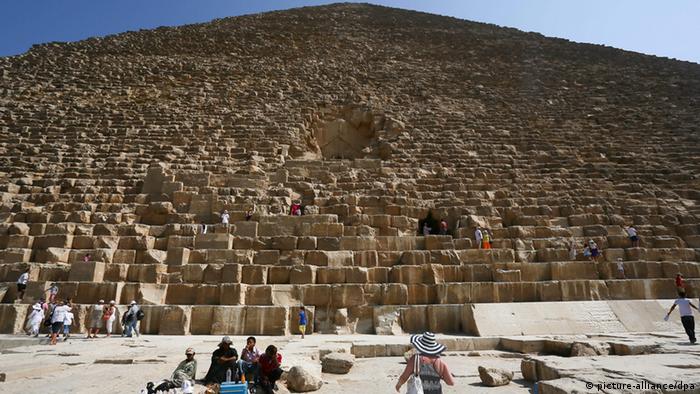 Before the revolution, tourism accounted for 10 percent of Egypt's gross domestic product

The devaluation of Egypt's currency has caused the necessary foreign currency reserves to dwindle to a dangerous level. A reduction in the subsidies and higher prices thus seem inevitable. To prevent a revolt, the government has planned to install a kind of voucher system for the country's poorest people, but there are also plenty of "richer" people who would suffer dramatically from such rising costs.

For instance, Naima - in her mid-60s, she earns about nine euros a day working as a cleaning lady. "I am the only one in our household who earns money," Naima said. "I clean about three to four days a week, and receive not quite 25 euros of widow's pension." In the best case scenario, she earns about 170 euros ($229) a month, but she must support two unemployed sons and a daughter who live with her. And Naima is not considered poor in the country. Still, price increases would put a huge burden on her.

The current economic and currency crisis in Egypt contains a great deal of explosive power. Should the state not find a solution acceptable to Egypt's society, revolts such as those of 1977 are likely. At that time, people power forced the president to revoke subsidy cuts.

January 25 marks the second anniversary of the uprising in Egypt. Ibrahim Kenderian has been part of the movement since the very start and reports of violence, continued shortcomings and his expectations. (25.01.2013)

Egypt’s president has used an interview with a leading German newspaper to stress his commitment to building a modern democratic state. His seizure of extra powers late last year had raised doubts about his intentions. (19.01.2013)

Morsi under fire for anti-Israel remarks

Egyptian President Mohammed Morsi has cultivated the image of a political pragmatist. But he made inflammatory remarks against Israel in old TV interviews, raising questions about whether he harbors anti-Semitic views. (18.01.2013)