Protecting valuable antiquities is a serious task in Egypt, where grave robbery has increased dramatically since 2011. German researchers accused of the crime are currently standing trial in Cairo. 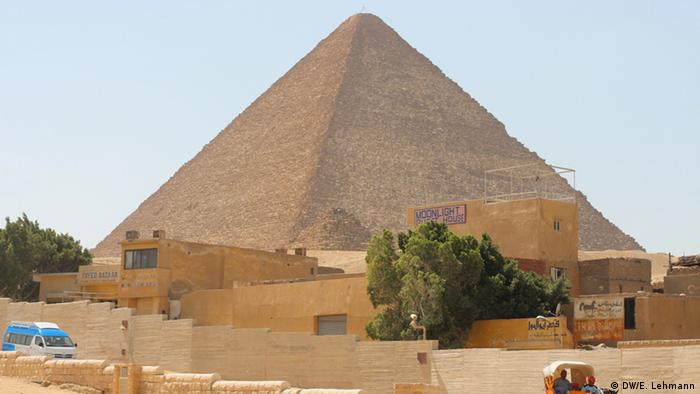 "Look at the cracks - the pyramids are really in danger," says Osama Karar, as he points to the screen of his laptop, and flicks through countless photos showing damage to the Great Pyramid of Giza. Karar and his colleagues have founded an organization called The People's Front in Defence of Relics.

He turns from his laptop, and looks outside at the huge pyramid stretching out before him. "These stones can't speak, so we try and give them a voice," he says.

Indeed, the stones of the Great Pyramid would have a lot to tell. For example, that in April 2013, a German research team led by the Chemnitz-based experimental archaeologist Dominique Görlitz entered a small room under the tip of the pyramid - the King's Chamber belonging to Pharaoh Khufu.

The team took samples from the murals and cartouche, and brought them back to Germany for laboratory analysis. And all this without the proper permit. They were granted a partial permit, as Ali Ahmad Ali from the Ministry of State for Antiquities in Cairo stressed, but "the permit does not cover a visit to the upper chamber. And the permit says: only visit, do not take any parts."

On Saturday (7.06.2014), the trial of the research team - made up of three Germans and their six Egyptian assistants - got underway in Cairo. They are accused of vandalism offenses in the Great Pyramid of Giza, and at worst, could face between three and five years in prison.

Chaos after the revolution 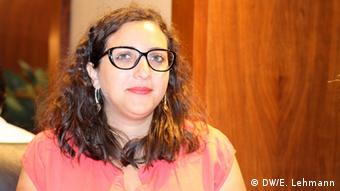 In recent times, Egyptian authorities have been quick to react when it comes to protecting their cultural heritage. Over the last three years, many important sites have been damaged. Illegal excavations in unexplored, mostly desert areas are a significant problem.

Egyptologist Monica Hanna says she's counted more than 200 sites that have been affected by looting. She works with a team of volunteers to document illegal excavations, and monitor sites using satellite images. They've seen grave robbery increase by about 300 percent in the past three years. "We estimate that between 100 and 150 objects have gone missing every day since 2011," Hanna says.

2011 was a crucial time for Egypt - it was the year the revolution took place, and the year both state and police control collapsed. The Ministry of State for Antiquities estimates that Egypt has since lost about $3 billion (2.1 billion euros) to the illegal historical artifact trade. But for Ali Ahmad Ali, it's not just about the money. "Egypt is losing its heritage," he says. "We can't put a value on our heritage. It's invaluable." 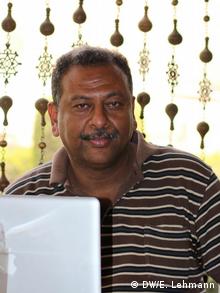 Osama Karar: 'The pyramids are really in danger'

But that idea isn't present in the minds of many Egyptians. "For 30 years under Mubarak, they had us believe that the antiquities belonged to the Ministry and the tourists," says Osama Karar. "They didn't belong to us Egyptians." He asks how people can be expected to appreciate and protect something they don't feel responsible for in the first place.

No place for Indiana Jones

Monica Hanna also criticizes the way the government has managed the heritage of the massive country. For many decades, only foreign researchers were given approval to work on excavation sites. Hardly any archaeological studies have been published in Arabic. The authorization procedures were lax.

Dominique Görlitz and his party were probably counting on the authorities to continue as they had in the past. His companion, the author Stefan Erdmann, had assured him that everything was in order with the permits, and Görlitz had no reason to doubt him.

Erdmann had worked for many decades in Egypt, and had explored the Great Pyramid of Giza several times. Görlitz marvels today at the informal form of authorization required to enter the pyramid. "Why do we get issued a permit that has nothing on it? No name, nor where we are allowed to go, what we're not allowed to do, which rooms we're allowed to enter," he says, adding that many researchers before him had worked in this way, because it was common practice.

It's precisely this attitude that irks Hanna. Many foreigners still have a very colonial outlook, she says. "Westerners continue to come to Egypt and behave as if they were Indiana Jones and can do what they want," she says.

But those days appear to be coming to an end, as Egyptians increasingly seek to exert control over the sites and objects associated with their own cultural heritage.

While the humanitarian situation in Syria remains grave, the conflict also means hundreds of priceless cultural treasures may be destroyed, if they aren't already. UNESCO is stepping up the pace to prevent more damage. (04.09.2013)