Egypt: Senior judge hangs himself in cell after corruption allegations | Middle East| News and analysis of events in the Arab world | DW | 02.01.2017

Egypt: Senior judge hangs himself in cell after corruption allegations

Despite ruling his death a suicide, prosecutors have ordered an autopsy of his body amid reports of rising deaths in police custody. Authorities have issued a gag order blocking local media from reporting on the case. 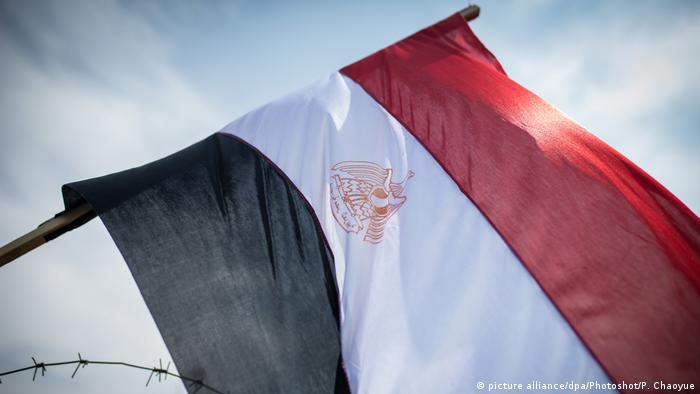 Egypt has ordered to freeze the bank account of the El-Nadeem Rehabilitation Center in Cairo, a clinic that provides legal assistance to torture victims. What are the consequences for human rights in the country?

Wael Shalabi, secretary general of the council of state, the umbrella organization for Egypt's administrative court, had hanged himself in his cell, his lawyer told Reuters news.

"My client hanged himself using a scarf he was wearing. He was going through a terrible psychological state during his questioning," Shalabi's lawyer Sayed Beheiry said.

"It is very hard to be a big important judge and suddenly you lose everything and sit in front of an investigator being accused of taking a bribe," he added.

After news of his death leaked, the public prosecutor's office on Monday issued a gag order on local media reporting on details of the case.

Local media reported that police found millions in Egyptian pounds, euros and dollars when they took Labban into custody.

The arrests mark a rare probe into corruption within Egypt's judiciary. The anti-corruption Administrative Control Authority, which launched the investigation, witnessed its head Hisham Geneina sentenced to one year in prison earlier in June after leading a major anti-corruption campaign. Authorities charged him with disrupting public order.

While the public prosecutor's office has ordered an autopsy of Shalabi's body after deeming his death suicide, it is common for law enforcement authorities to deflect responsibility for the deaths of detained individuals.

In 2013, a French teacher had been found dead in his cell after being arrested in Cairo's upper-class district Zamalek the night before. Authorities claimed he had been beaten by his fellow inmates.

During President Abdel Fattah el-Sissi's first 100 days in office, 35 people died in police custody, according to a report published by Egypt's non-government organization Nadeem Center for the Rehabilitation of Victims of Violence.

In 2014, the year el-Sissi assumed office, the justice ministry's forensic medical authority recorded a nearly 40 percent increase in deaths of individuals in custody.

"The Egyptian authorities have appeared shockingly complacent in the face of so many detainee deaths," said Sarah Leah Whitson, Human Rights Watch's Middle East and North Africa director, in a 2015 report on deaths in Egyptian jails.

"They need to ensure that all such deaths, as well as abuse allegations, are independently investigated, and rapidly put in place and enforce effective safeguards to protect everyone in state custody," she added.