Edward Snowden, the US whistleblower who is living in exile after leaking NSA files in 2013, says he and his wife are applying for Russian citizenship. The two US nationals want to avoid separation from their child. 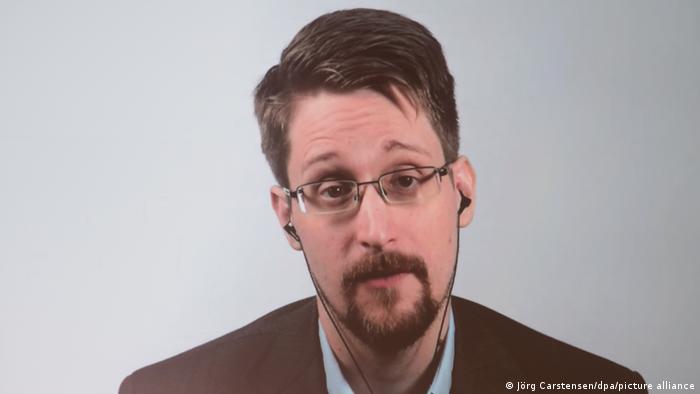 Former US security contractor Edward Snowden said on Monday that he and his wife wanted to apply for Russian citizenship without giving up their US citizenship.

He said it was to avoid becoming potentially separated from their future son if borders were to be closed as they have been during the coronavirus pandemic.

"After years of separation from our parents, my wife and I have no desire to be separated from our son. That's why, in this era of pandemics and closed borders, we're applying for dual US-Russian citizenship," he said in a tweet on Monday.

Snowden, a former contractor with the US National Security Agency (NSA), has been living in exile in Russia since 2013 to escape prosecution in the United States after he leaked sensitive documents containing information on government surveillance schemes.

His wife, Lindsay Mills, also a US citizen, announced last week that she was expecting a child.

Snowden's lawyer, Anatoly Kucherena, has said the child, due in December, will have Russian citizenship and that the parents want to have the same citizenship as their son.

Snowden said last year he would be willing to go back to the US for trial if it was guaranteed to be fair.

In another tweet on Monday, he also said he and his wife would raise "our son with all the values of the America we love, including the freedom to speak his mind."

In August, US President Donald Trump said he was considering a pardon for Snowden.

Trump to 'take a look' at Snowden case