The European Court of Human Rights dismissed Cristian Terhes' suggestion that Romania's lockdown amounted to being under house arrest. The decision from the seven judges was unanimous against the MEP. 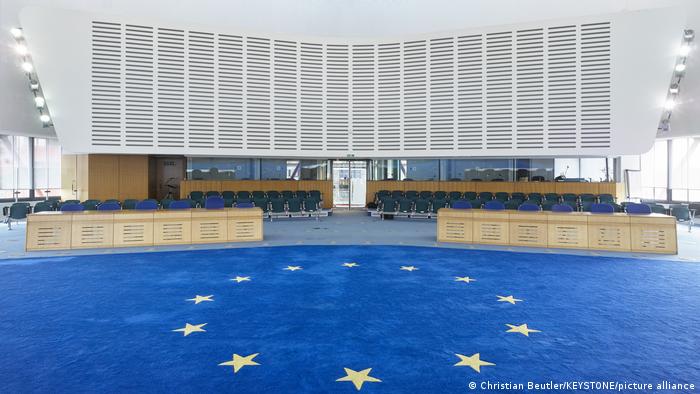 The judges's decision to reject Cristian Terhes' case was unanimous.

A member of the European Parliament lost his case against a COVID-19 lockdown in his native Romania on Thursday, after the MEP had suggested the restriction was comparable to being under house arrest.

The European Court of Human Rights (ECHR) ruled against Cristian Terhes, who had claimed that Romania's seven-week lockdown, which is now over, equated to "administrative detention."

"He had not been subject to individual surveillance by the authorities and did not claim to have been forced to live in a
cramped space, nor had he been deprived of all social contact,'' the court said in a statement. "The level of restrictions on the applicant's freedom of movement had not been such that the general lockdown ordered by the authorities could be deemed to constitute a deprivation of liberty."

Previously, Terhes, a former Catholic priest, has also spoken out against the potential introduction of so-called coronavirus passports.

The EU lawmaker pledged to "continue this fight to defend the rights and freedoms of all Romanians and Europeans.''

"Through this decision, the ECHR has set a precedent after which Europe is no longer a space of freedom but of mass closure and surveillance, as is Russia and China," Terhes said. "Based on this precedent the freedom of Europeans can be violated by governments as long as it is done en masse."

During the Romanian lockdown in question, authorities advised people against leaving their homes between 6 a.m. and 10 p.m., as well as implementing a curfew for the remaining eight hours of the day.

Residents could legally leave their homes during the curfew providing they carried an official exemption form detailing their reasons, their whereabouts and a timeframe for their activity.

"No individual preventive measures had been taken against the applicant," the court said, adding that "the measure in question could not be equated with house arrest.''

The decision cannot be contested, the ECHR said.

Post-pandemic: What changes will stay?

Romania was quick to get the COVID-19 vaccination campaign up and running. Now a number of problems are slowing down the process, including rampant conspiracy theories.

COVID vaccination: 'Should we draw lots?'

The German government is planning to scrap priority lists for vaccination against COVID-19. In Berlin, doctors have already done so. But the patients' preference for the BioNTech vaccine is posing a real challenge.