A European Central Bank survey has found that financial experts remain calm in the face of ever lower inflation in the eurozone. They believe prices will soon go up again and that worries about deflation are unfounded. 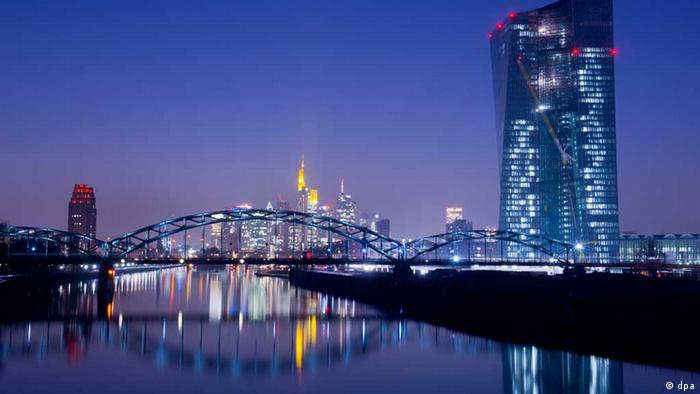 Inflation in the 18-nation eurozone had more or less reached a trough and would start moving higher again in the next few years, the European Central Bank said in its regular quarterly Survey of Professional Forecasters (SPF) released Thursday.

In the survey, which gauged opinions from 59 European financial experts on growth and inflation, the ECB said the respondents expected inflation "to be on an upward sloping path over the next few years as a result of the recovery in real economic activity and an unwinding of the downward impact of previous oil, food and exchange rate developments."

"In addition, stable inflation expectations and wage growth, although moderate, are considered to provide a floor to inflation," the ECB report said.

Inflation in the 18-country eurozone slowed to a meager 0.4 percent in July, the lowest level since late 2009 and way off the ECB's target of just under 2.0 percent. Latest figures for Greece, Portugal, Spain and Slovakia, released Wednesday, even showed prices are falling in those countries, raising fears of a deflationary spiral.

Deflation - When Everything Gets Cheaper!

Deflation - When everything gets cheaper

Currently, deflation is a main worry in the euro currency area because it deters consumers from spending in the belief they can wait and buy more cheaply later. As a result, demand suffers and companies put off investment, hurting employment and so setting off a vicious circle which can drag down the whole economy.

The professional forecasters surveyed by the ECB, however, predict that area-wide inflation will reach an annual average 0.7 percent this year and then pick up to 1.2 percent in 2015 and 1.5 percent in 2016. Over the longer term, the rate of inflation could reach 1.9 percent, they said.

The SPF survey usually provides an indication of where the ECB's own forecasts, scheduled for release in September, are headed.