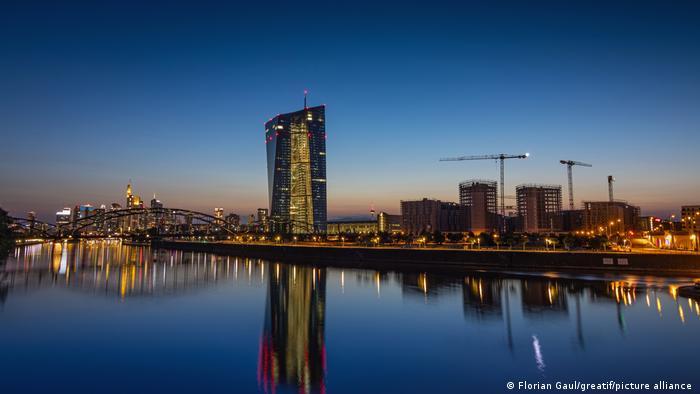 The EBA tests were conducted on 50 institutions in 15 European countries, whereas the ECB tested 51 banks in the 19 eurozone countries. In all, the banks tested account for 70% of EU banking assets.

How did European banks do on the stress test?

De Guindos said of the bi-annual test that takes factors like rising unemployment, a collapse in property prices, a sharp drop in foreign demand and falling interest rates into account: "Our worst-case scenario is even more challenging this time than during the last test in 2018, and the banks have in addition just coped with the difficult year of 2020. Despite this challenging starting point, I expect that the banks will have done well in the test on the whole."

During this recent test, banks were instructed to estimate the state of their capital over the next three years figuring in continuing economic fallout resulting from the coronavirus crisis.

Why are banks tested?

Though the aggregate core ratio of capital to risk-weighted assets fell almost 500 basis points in the tests — pushing the ratio down to 10.2% from 15% — EU regulators see the overall result as being on par with stress tests conducted by the US Federal Reserve and the Bank of England.

The EBA's exercise showed that despite EU banks taking a €265 billion ($314.7 billion) hit, two-thirds of their capital buffers would remain intact.

The stress tests, which take place every two years, were introduced in the EU and elsewhere after the global financial crisis of 2007-2008, which forced taxpayers around the world to bail out undercapitalized banks when these were caught out after knowingly making very risky loans.

The tests were scheduled to take place last year but had to be postponed due to the coronavirus pandemic.

Which banks did best?

Overall, Italian banks performed poorly in the test with all coming in under the 10% capitalization mark, and the world's oldest bank, Monte dei Paschi — whose capital would be entirely wiped out under test conditions — being Europe's worst performer.

Sweden's banks performed best with all coming in above the 10% mark and top-performer Skandinaviska Enskilda Banken at 17.4%.

Deutsche Bank and Societe Generale, investment banks both seeking turnarounds, underperformed with scores of 7.56% and 7.73%, respectively. BNP Paribas and Commerzbank fared slightly better, coming in at 8.28%, at 8.52%.

Just one of four Spanish banks tested, Bankinter, was above 10%.

Still, Deutsche Bank Chief Financial Officer James von Moltke was upbeat, saying, "This outcome is all the more encouraging because the strong profit growth we delivered in the first half of 2021 is not reflected in this exercise."

What do the stress tests mean for banks?

Though the EBA and ECB tests are not pass/fail, they allow both oversight institutions to assess the capital requirements of individual financial institutions.

Notably, the stress tests are seen as the key to banks resuming dividend payouts to investors — something barred by the ECB during the pandemic as a way to conserve capital. Banks have already been advising shareholders on dividends as the ECB rule looks set to expire.

Last month, the Federal Reserve conducted stress tests on US banks and will no longer restrict similar bans on payouts resulting from the coronavirus pandemic after a positive performance by US financial institutions. The Bank of England lifted similar restrictions on UK banks on July 13.