Luxembourg has formally joined the fray over the future seat of the European Banking Authority, which will have to relocate from London after the Brexit vote. But the list of contenders is fairly long. 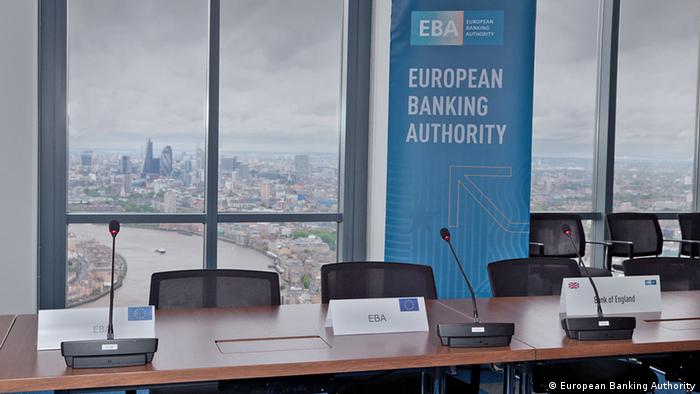 The European Banking Authority - best known for its regular stress tests of the EU's financial sector - and its over 150 employees in London are expected to move quickly from the Canary Wharf financial district in Britain's capital after the UK's vote to leave the European Union.

Luxembourg on Thursday claimed the legal right to host the EBA. "This claim is rooted in a decision taken by European leaders in 1965 in which they said they were willing to locate in Luxembourg EU bodies concerned with finance," Prime Minister Xavier Bettel said in a letter to EU Council President Donald Tusk.

The city of Luxembourg is already a prominent financial hub, hosting other EU banking institutions, including the eurozone's bailout fund and the European Investment Bank (EIB). On top of that, it's close to the EU's headquarters in Brussels, Belgium.

"Luxembourg's claim to host the EBA is nothing more than the implementation of this agreement, which is still valid today," Bettel said in his letter, which was also sent to European Commission head Jean-Claude Juncker.

The EU executive suggested last week that one option could be to move the body to Frankfurt, Germany, and merge it with the European Insurance and Occupational Pensions Authority on the ground.

But that suggestion had stirred criticism in Paris, which had also signaled its willingness to host the EBA. Media reports said that other contenders included Amsterdam, Dublin and Vienna.

The European Parliament has urged to decide quickly on the EBA's future seat, while the Commission noted it would make a concrete proposal during the two-year Brexit talks. EU governments will have the final word on the issue.

The European Banking Authority has announced it will scrutinize the resilience of EU banks more rigorously than ever before. It says anything less would be unfit to restore confidence in an industry rescued by taxpayers. (29.04.2014)