The economic crisis wrought by COVID-19 has seen several German companies resort to using state aid to keep their employees paid. Yet some of those companies still plan on paying out billions to their shareholders. 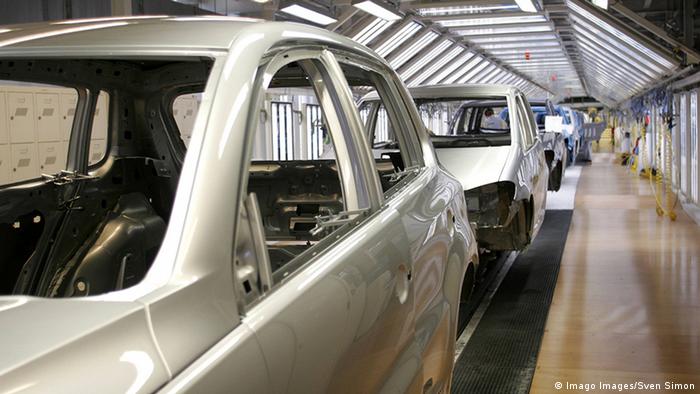 In early April, the English Premier League soccer clubs Liverpool and Tottenham Hotspur found themselves on the wrong end of public opinion when they placed some nonplaying staff on leave and applied to have their wages covered by a taxpayer-funded job retention scheme, akin to Germany's short-time work system, known as kurzarbeit.

The backlash was severe. The English Premier League is renowned for huge transfer fees, eye-wateringly high wages for players and TV rights deals worth billions of euros. The idea that leading clubs would use state aid to pay wages was widely seen as obscene. After much prodding, the clubs reacted to the public fury and reversed the decisions.

Many large German corporations are now facing scrutiny due their plans to continue paying dividends to shareholders despite receiving state aid in the form of the short-time work scheme.

Germany's government swiftly instituted a wave of measures aimed at providing emergency financial assistance for companies and individuals hit by the economic fallout of the COVID-19 crisis.

One of the most wide-reaching was the beefing up of the short-time work scheme. The government has made it much easier for companies to access the €24 billion ($26 billion) fund to pay its employees and several of the country's biggest industrial names have already tapped it, including the carmakers Volkswagen, BMW and Daimler, the chemicals giant BASF and car parts maker Continental.

Unlike the Premier League clubs, there is little objection to them simply availing of the scheme on moral grounds, particularly if it helps protect jobs that would otherwise be lost. The problem is that many of the companies currently using state aid to pay its workers are also planning to pay out billions to shareholders at their AGMs, based on last year's profits, due to be held over the coming weeks and months.

That is "absolutely morally questionable" according to Niamh Brennan, academic director of the University College Dublin Centre for Corporate Governance. She contrasts such an approach to the COVID-19 crisis taken by many in the corporate world with the attitude shown by health and other frontline services. "They are the ones who we should all look to," she told DW.

Carsten Schneider, the chief whip of the SPD, the junior partner in Germany's ruling grand coalition, made it abundantly clear recently what he felt about German companies willing to take aid whilst still paying dividends.

"Those who rely on state aid cannot simultaneously distribute profits to shareholders. "This is the ugly face of capitalism," he said.

The list of major German companies availing of the generous short-time work scheme that still plan on paying out dividends at forthcoming AGMs is extensive. Carmakers feature prominently. Volkswagen has placed around 80,000 employees on short-time work yet still plans on paying out around €3.3 billion in dividends at its AGM, originally scheduled for May 7 but now postponed until further notice. 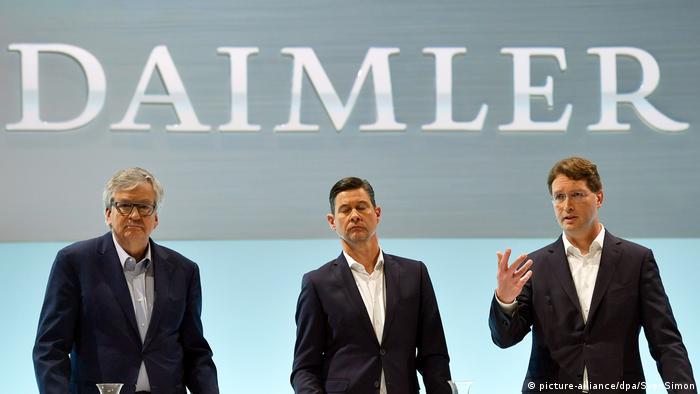 BMW has around 20,000 employees on short-time work but has stuck to its position, saying that paying the dividend is important for investor confidence. "Reliability towards our investors creates trust and maintains the attractiveness of BMW AG as an investment," the company said.

Daimler has also placed thousands of staff on the scheme but still intends on paying out its dividend, albeit a significantly reduced one from last year.

It's hardly fair to single out the carmakers alone, given the report, published last week in the German business newspaper Handelsblatt, that 75% of the 160 corporations listed on Germany's stock market indices want to stick to their dividend plans, even though many are using the short-time work scheme.

BASF plans on paying out €3 billion to shareholders even though many of its workers are currently being paid by the German state. Likewise, the car parts supplier Continental has put 30,000 workers on short-time work but has thus far shown no intention to change its dividend plans.

Those corporations argue that the dividends relate to last year's earnings and that it is legitimate to proceed with the plans to pay them out. Other say they will soon be ending their reliance on short-time work anyway, as staff return to factory floors.

However, several companies have already pulled back from their dividend payout plans. 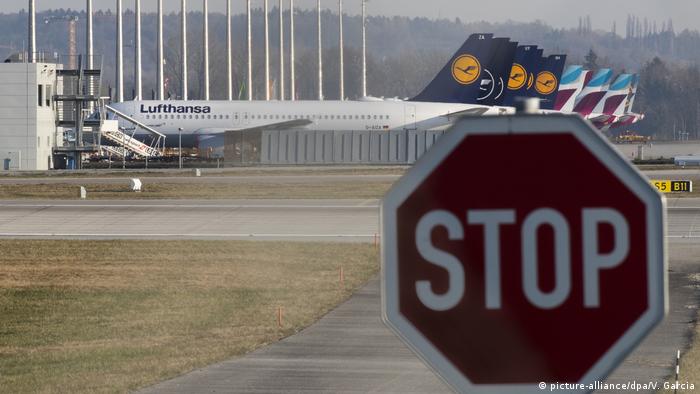 Lufthansa and Puma pulled the plug on dividends for this year before availing of short-time work. In the case of companies that have actually applied for state loans via the KfW state development bank, the government has stipulated that for the duration of the loans, the companies can't pay out dividends. Adidas received €2.4 billion in loans on that condition.

Many other companies may yet follow suit, especially with government pressure and public pressure mounting. One complication is the postponement of several AGMs due to coronavirus restrictions. Volkswagen have yet to name the date for theirs and have left the possibility open that they propose some change to the dividend plans once a date is set.

The company will "monitor the situation as developments are progressing," their CFO Frank Witter has said.

As Niamh Brennan explains, the pay out of dividends is a two-part process. The executive board of directors typically proposes a dividend payout at the AGM (and gives notice of the plan ahead of the AGM), at which the shareholders then vote on the proposal. She says the responsibility of shareholders to look beyond their own short-term interests should not be overlooked.

"I don't think we should simply let them off the hook as easy as that, they have a responsibility to act in the best interests of a company as well as the executive board," she told DW.