The European Central Bank is beginning a trillion-euro program to stimulate growth and ward off deflation. The bank will start creating 60 billion fresh euros each month, using it to buy up private, and sovereign bonds. 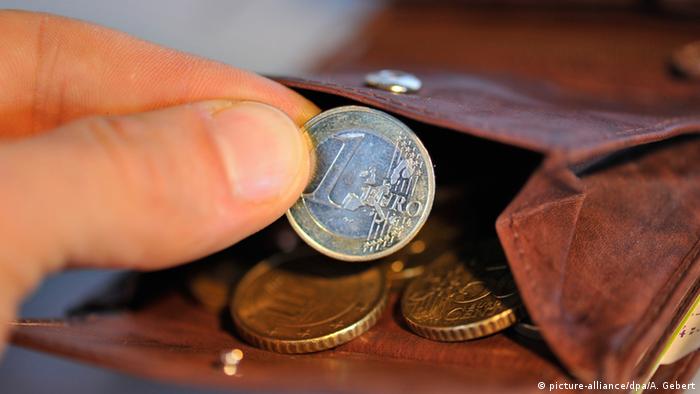 The landmark economic stimulus plan for the European Central Bank (ECB) to buy sovereign bonds from eurozone countries, agreed upon in January, officially began on Monday.

The Quantitative easing (QE) program involves pumping euros into the economy - effectively freshly-printed money - to the tune of about 60 billion euros a month, each month until at least September 2016. Its total value is expected to be 1.1 trillion euros ($1.2 trillion).

It's supposed to boost economic activity by fostering easier credit making it cheaper for companies to borrow and invest, thereby encouraging them to increase spending and employment. It's also the latest in a multitude of ECB efforts to ward off deflation, which can lead consumers to put off purchases and in turn stifle production and job creation.

"We have already seen a significant number of positive effects from these monetary policy decisions," ECB President Mario Draghi said last week of the market reaction to the prospect of QE in Europe, upon announcing the start date for the program.

One of the most influential opponents to the plan has been the German Bundesbank central bank president, Jens Weidmann.

The ECB is attempting to emulate what's been seen as successful QE programs in Britain and the United States, at a time when in Europe, traditional efforts used to boost sluggish economic activity in the 19-country currency union have been exhausted.

The ECB's quantitative easing program is beginning as the Fed's has wound down.

The European Central Bank has finally set a date for the launch of its massive sovereign bond-buying program aimed at providing cash to the ailing eurozone economy and lifting inflation. (05.03.2015)

The euro has dropped to its lowest level in over a decade as a highly anticipated ECB meeting is in progress. Investors expect the bank to announce details of its money-printing program meant to revive the eurozone. (05.03.2015)