Ebola: What is the best vaccination strategy? | Science | In-depth reporting on science and technology | DW | 27.09.2019

Ebola: What is the best vaccination strategy? 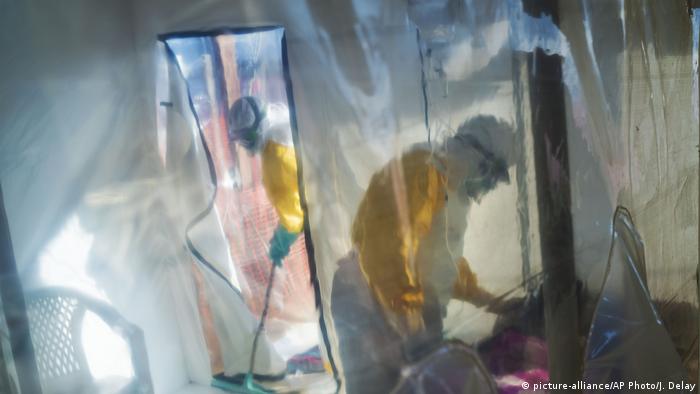 Painstaking effort to stop the spread: Healthworkers assisting a patient in Beni.

The circumstances under which doctors and helpers are currently fighting the viral disease Ebola in the Democratic Republic of Congo are much more complicated than during the first outbreak in West Africa in 2013. In addition to the medical emergency, civil war is raging in parts of Congo.

Compared to that devastating epidemic in which more than 11,000 people died, the current outbreak has been less dramatic, however; at this point, 2000 deaths have been registered. The main reason for the fewer victims is that vaccinations are now available.

During the first major epidemic in Liberia, Sierra Leone and Côte d'Ivoire, the pharmaceutical company Merck developed a vaccine under high pressure. Although this vaccine arrived too late at the time, it has proved its efficacy in the current outbreak in Congo.

Retaining reserves is good, but how much is too much?

The vaccine is not available in infinite numbers. Merck will be able to produce several hundred thousand doses in the foreseeable future - perhaps significantly more than a million. Foreseeable means, they will be available next year at the latest.

To date, more than 200,000 people have been vaccinated in the Congo, and Merck has the same number of doses in stock. However, the World Health Organization (WHO) monitors how much vaccine is delivered to doctors in the Congo and where it is used.

And the WHO thinks strategically: 80 million people live in Congo alone. In addition, there is the real danger that the disease could spread to neighboring countries - especially to cities with millions of inhabitants. 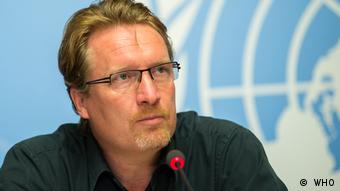 The vaccine must therefore be used in a very targeted way. "This is being done according to a strategy that has been clarified and explained by an independent panel of experts, the Strategic Advisory Group of Experts [SAGE]," WHO spokesman Christian Lindmeier told DW, adding, "a so-called ring vaccination is used."

The first "ring" means that all of those people who have been in contact with an infected person or a presumably infected person are to receive the vaccine. "That can easily make up to 100 people in a family," says Lindmeier.

The next step is to vaccinate everyone who has been in contact with those in the first ring. "So we quickly reach the hundreds or even thousands of people. This strategy has proved to be very helpful and useful in the environment," the WHO spokesman concluded.

However, it is not so easy to find all the people who have been in contact with an infected person. What happens, for instance, if said infected person went shopping at a local market?

"These rings are placed in the same way, whether it is at a market, in a church, in a bus or on a motorcycle. Or in their own family," Lindmeier explained. "That's where this extremely tedious work begins, but it's more than 90 percent successful."

Indeed, it's a tough job. About 1600 employees of the Congolese health service are constantly searching for contact persons and checking who needs a vaccination.

In addition, there are 5,000 colleagues in 200 teams constantly monitoring the Ebola situation and all suspected cases. In the last week of September alone, the teams observed more than 12,000 suspects, with whom they are in contact almost every day. 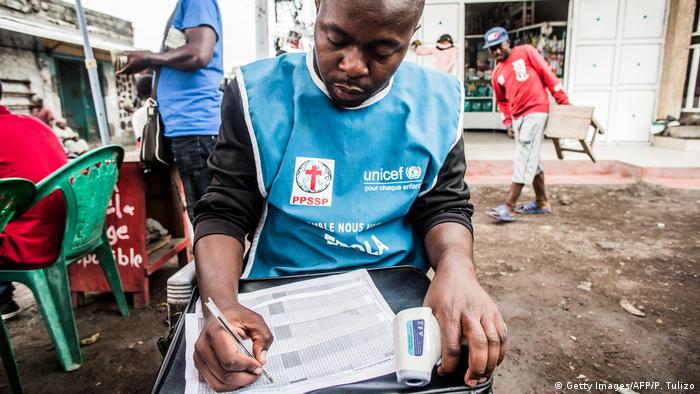 Doctors without borders: Fight the disease with resolve

Yes, it is difficult, said Natalie Roberts of Doctors Without Borders (MSF) - so difficult that the WHO and all aid organizations involved in the Ebola fight should better agree on a new strategy. According to Roberts, about half of all contact persons are never located.

The fact that there are repeated outbreaks - even in areas that were actually considered Ebola-free - shows that the ring strategy is not working, said Roberts.

Her advice: The WHO should generally be more generous with the distribution of vaccinations and not just vaccinate those who belong to the contact rings. After an Ebola outbreak, it would be better to vaccinate whole villages or all people in a particular region, Roberts surmised.

"The way the protocol is being implemented is very restrictive. The vaccine vaults are not being opened, unless there are a certain amount of people that are on a contact list, waiting to be vaccinated," Roberts said. "That makes it very difficult to then actually broaden the availability of the vaccine and trying to get more people vaccinated - because of the way, it is actually being implemented on the ground." According to Roberts, it would be easier to contain the epidemic if you were to give a generous dose of vaccine in the near future than if you were too anxious to keep vaccination reserves in your headquarters to be prepared for an even more severe outbreak.

"There is an effective vaccine, but it's being rationed," Roberts says. "The argument is: maywe we will be needing it later. It is difficult to say at what point you would need it - in the world's second biggest epidemic of Ebola. It is happening in giant urban areas such as Butembo and Beni, which are very major towns and yet, the vaccine is not being used to stop the spread of the epidemic."

Roberts said her colleagues in the Congo were like firefighters: "It's like trying to put out a fire by throwing one glass of water on it every day." Her recommendation: "If you really want to stop the spread of an epidemic and prevent it from being a big epidemic, spreading to towns like Goma and Kinshasa, it's necessary to use the vaccines that we have to get on top of the epidemic spread." 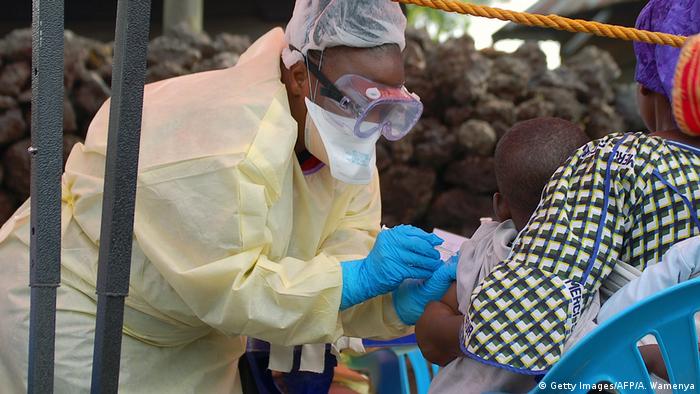 Vaccinations have proven the most effective weapon against Ebola.

The WHO, on the other hand, remains committed to its vaccination strategy. Merck's vaccine is to be reserved for those most at risk. One reason for this is that the vaccine generates an immune reaction against Ebola very quickly and can therefore help people in areas where there have just been cases of the disease.

The WHO also points to a logistical disadvantage of the Merck vaccine: During storage and transport, it has to be cooled down extremely to -60 to -79 degrees Celsius. This also makes it difficult to keep the vaccine in stock in regular medical practices or wards.

But now there is hope that regular doctors will also have access to a vaccine: Johnson & Johnson has developed another promising vaccine that only needs to be cooled to -20 degrees Celsius.

The new vaccine could be available in Congo from mid October as a Phase III study, the final stage of the approval process. In numerous Phase II studies, the vaccine showed a good immune response in humans.

Approximately 1.5 million doses are already available, and the vaccine, it appears, can be produced faster than its predecessor. Doctors Without Borders is part of the consortium that will test the vaccine in Congo.

But the new Johnson & Johnson vaccine also has a disadvantage: It has to be administered in two doses. The interval between the two vaccinations is 56 days. Only with the second immunization is there comprehensive protection against Ebola. Therefore, the new vaccine is particularly suitable for prevention.

"The vaccine cannot be used immediately in an outbreak if we have to achieve immediate immunization within days," says Christian Lindmeier of the WHO. "This vaccine would be better suited to vaccinate public workers who are in frequent contact with many people, such as health center staff in more distant regions where infections haven't occured but may be possible. But the vaccine may certainly prove to be an excellent additional weapon against Ebola."

So there are effective means to fight the dangerous virus. The current dispute over the right vaccination strategy will probably be resolved if manufacturers continue to increase production in the coming months and the number of doses available in reserve increases.

Read more:Top 10 most dangerous viruses in the world

Ebola: Half of cases going undetected

Congo's new Ebola response coordinator has said half of the cases in the deadly outbreak remain undetected. Health experts fear the disease, which broke out a year ago, could spread into neighboring Rwanda. (03.08.2019)