East Germany was ready to attack West Berlin, documentary says | Germany| News and in-depth reporting from Berlin and beyond | DW | 12.08.2010

A film aired on German television on Thursday revealed how serious East Germany was about taking control of West Berlin. Plans for a military attack existed right up to the end of the regime. 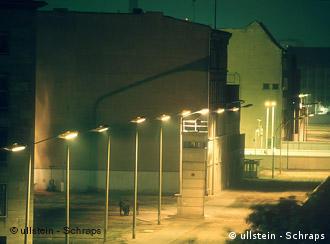 Through the decades of Berlin's division, many West Berliners had an inkling that East Germany (GDR) that surrounded their part of the city would at some stage be seeking to conquer it. A TV documentary, "Der Fall X" (The Case of X), shown by Germany's public broadcaster RBB finally proved them right.

In the most comprehensive footage on East Germany's conquest plans so far, two filmmakers, supported by military experts, tell a fascinating story about how the defunct state planned to overrun West Berlin in only three days.

"As far as we can tell, the planning was quite serious," German military historian Winfried Heinemann told Deutsche Welle. "But whether they would have managed to take the city within three days is another question."

Heinemann pointed out that the Western allies were quite serious about defending West Berlin from a ground attack. But he acknowledged that next to nothing was known about any defense strategies as the relevant documents are still classified. 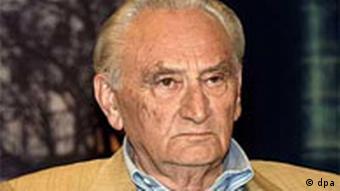 Egon Bahr, a former West Berlin radio commentator and later adviser to West German chancellor Willy Brandt, argued that the GDR's National People's Army troops, and those of the Soviet Union deployed in the region, would have outnumbered the soldiers from the Western allies by far.

"In the event of an attack, our defenses could have been maintained for no more than five to seven hours," Bahr concluded.

The plans found in the files of the East German secret police, the GDR army and the Soviet military command reveal some details as to how the attackers would have gone about their job.

A detailed map available to the filmmakers showed the most important installations and infrastructure compounds in West Berlin, which would have been targeted first. Among them were strategically important bridges that the French, British and US allies used to move around as well as airports and train stations.

A second phase of the operation would have included the imprisonment of leading West Berlin politicians, policemen, public servants and journalists. A corresponding list of names was updated by the GDR leadership several times until the collapse of the regime in 1989.

The research done by military historian Winfried Heinemann also revealed that plans to attack West Berlin were, surprisingly, only developed fully in the early 1970s - a time when political relations between the two German states were in the process of improving considerably. 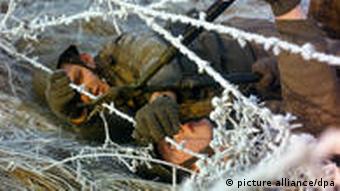 GDR soldiers trained for an attack as late as 1988

"Whether it was just a question of the GDR military having grown up enough to feel fit for the job - we don't really know," said Heinemann. "But considering that the whole military posture of the GDR was kept up right until 1989, it's at least no surprise that the planning for an attack went on until the very end."

In fact, East Germany's National People's Army (NVA) carried out military maneuvers as late as 1988 to train for the takeover of West Berlin. Exercises took place in the East German town of Magdeburg some 200 kilometers (124 miles) west of Berlin. The training ground was designed to look as if the target territory were divided up between a French, British and US brigade, which reflected the fact the West Berlin was seperated into sectors occupied by those three countries.

One year later, the Berlin Wall fell, and East German intelligence managed to destroy most of the documents regarding the GDR's hostile intentions toward West Berlin.

Germany is arguably one of the most history-haunted countries in Europe. But, lately, a subtle identity makeover has been taking place. The decisions Germany makes with its cultural heritage portray that new identity. (02.03.2010)

Twenty years after the fall of the Wall, communist East Germany is an enigma for young Germans. Some do not even know who built the Wall that divided Germany for decades, but educators are trying to change that. (29.10.2009)