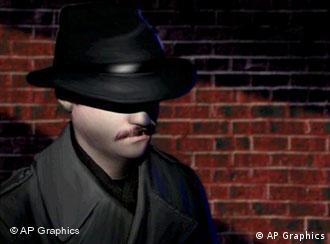 Germany's secret service is reluctant to probe its Nazi past

It's one of the country's worst-kept secrets. Yet questions still surround the presence of former Nazis and war criminals in West Germany's police, secret service (BND) and politics. Who were those people, what positions did they hold in Nazi Germany and later in post-war West Germany? 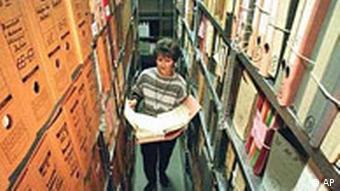 Crucial information about the BND's past has long been hidden in the Stasi files - the vast archive of information meticulously gathered by former Communist East Germany's secret police, the Stasi. The aim was to either blackmail Western agents or to discredit its capitalist neighbor to the west.

After reunification some of those documents were made available, but parts of the archives remained locked away for reasons of data privacy.

Continuity between Nazis and West Germany

Recently, the last remaining documents from the Stasi files were released to the public. Journalist Andreas Foerster had requested them as early as the year 2000, but his request was turned down twice. After persisting for years, he was finally granted access.

Foerster outlined how one policeman climbed through the Nazi ranks and was ultimately employed after the war by West Germany's Office for the Protection of the Constitution, the domestic security service.

"In 1944, he became an SS member and worked in the Dachau concentration camp," Foerster said in an interview with Deutsche Welle. "The Nazi documents indicate he did such a good job that he was transferred to Auschwitz. There, he worked in the so-called department for pest control - that's where they ordered and received the Cyclon B gas which was then used in the gas chambers of Auschwitz." 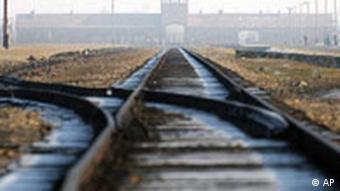 The main task of West Germany's secret service after World War II was to work against the Soviet Union, and when it came to recruiting staff, a Nazi past was often overlooked if the recruit seemed capable of playing a useful role in the new struggle against communism.

The Nazi past of those cases was well known to their organizations, but it just didn't seem to matter, Foerster said.

Much of the information being released in Germany is already available in the United States. The 1998 Nazi War Criminal Disclosure Act led to the CIA releasing more than 700 files on Germans with whom the US had worked in the aftermath of World War II - even though they were known war criminals.

Reluctance to confront the past

West Germany's intelligence service had a relatively high number of former Nazis and war criminals in its ranks in its early years.

"Some 20 to 25 percent of the secret service were former SS men," Erich Schmidt-Eenboom, the head of a research institute that monitors intelligence services, told Deutsche Welle.

"But if you broaden this to include the generals and officers in the regular armed forces, the Wehrmacht, who'd been involved in war crimes - then this may add up to 50 percent of the Gehlen organization, which was initiated by the CIA and was the immediate predecessor to the secret service, being made up of war criminals," he added.

The BND itself was formed out of the Gehlen Organization, headed by legendary spymaster Reinhard Gehlen - a former German army general who worked as an intelligence officer on Hitler's eastern front. 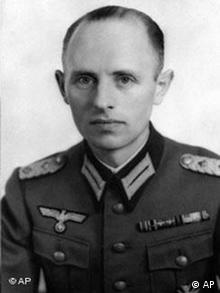 Over the years, the BND has made several attempts to shed some light on its shady past. Between 1962 and 1965, an internal inquiry looked into its members' Nazi links. As a result, 70 people had to leave the secret service. But they were only a fraction of the number who should have been sent packing, critics have said. The domestic intelligence service did a similar internal inquiry and also let a number of people go.

"But these things were all only internal inquiries," Foerster said. "That's what these organizations still stand to answer for. Those who had to leave left quietly and, of course, still get their pension. Neither the BND nor the domestic intelligence service have to this day openly dealt with their Nazi roots"

The Stasi documents on the issue are now finally all open to research. What remains classified are archives of the organizations themselves.

In 2006, the BND said it would fund a research project into its own past, but little progress has been made. The historian chosen for the project quit in 2008 over what he said was a lack of support for his work.

It's the stuff of spy stories: Germany's foreign intelligence service gave a newspaper access to files that show to what extent it employed Nazi criminals in its early years. (22.03.2010)

The German edition of the "Financial Times" reports that more than 17,000 former members of East Germany's dreaded Stasi secret police have been holding down jobs as civil servants in reunified Germany. (09.07.2009)

Twenty years ago thousands of protestors stormed the offices of East Germany's secret police, the Stasi, looking for secret files on their lives. Deutsche Welle spoke with the commissioner now in charge of the archive. (15.01.2010)