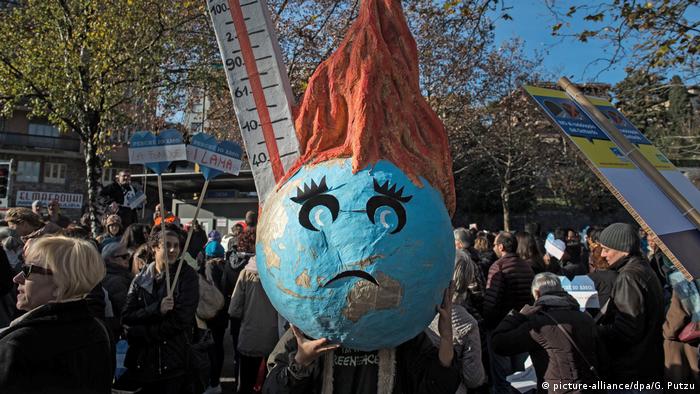 As of Wednesday, August 1, 2018, we have officially used up all of the Earth's resources for the year — and there are still five months left to go.

Back in 1970, Earth Overshoot Day — the date when humanity as a whole has used up the resources needed to live sustainably for a year — fell on December 29, just two days from the end of the year.

But since then, we've been increasingly overshooting the planet's annual natural budget, with that day creeping ever earlier on the calendar. In 2017, that day was August 2. 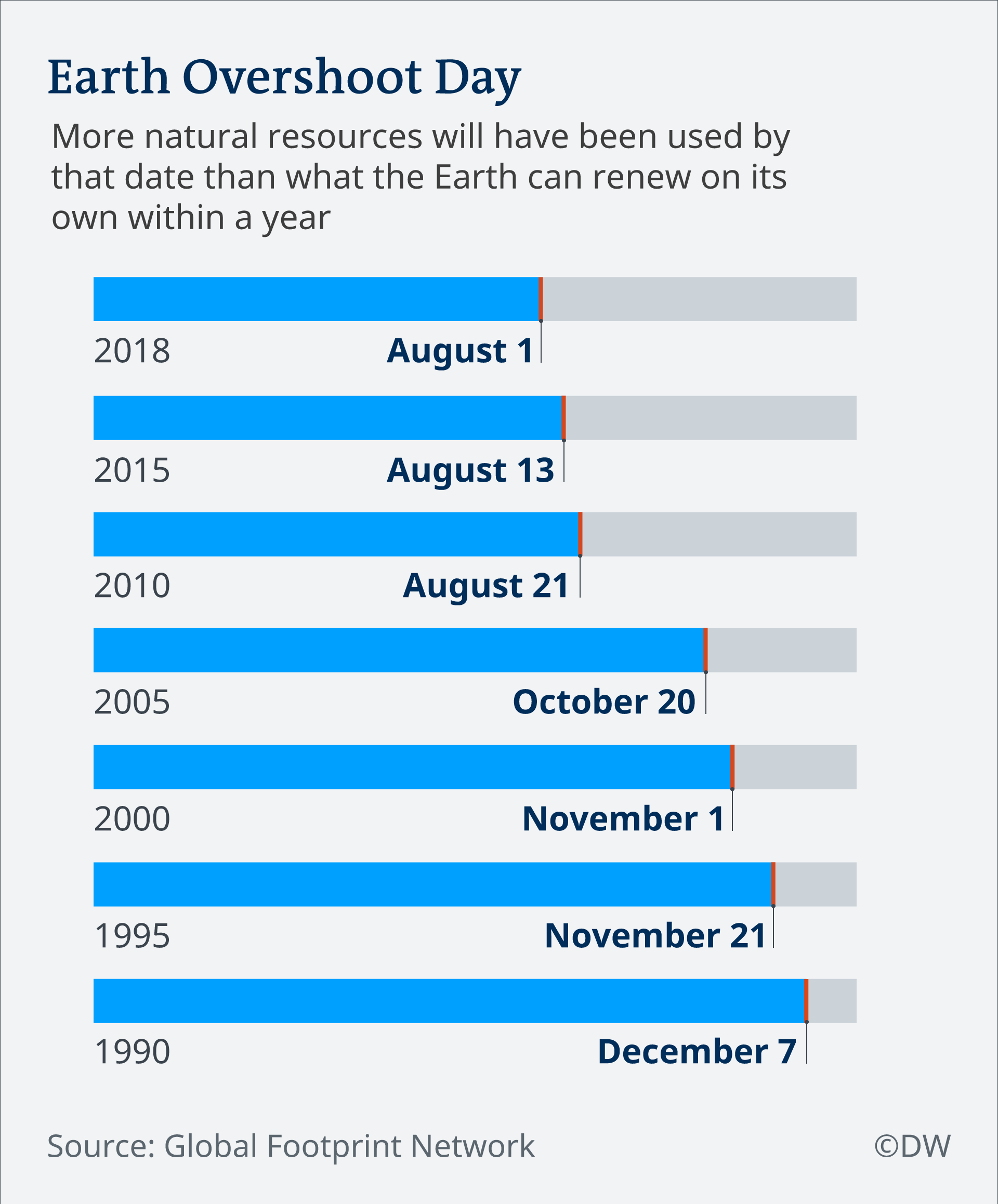 From that day on for the rest of the year, we are running an ecological deficit, depleting local resource stocks through overfishing and overharvesting forests, and emitting more carbon dioxide into the atmosphere than ecosystems can absorb.

High-income countries use most resources

We currently need 1.7 planets to support all of humanity's demand on Earth's ecosystems, according to Global Footprint Network.

Each year, the nonprofit research group calculates the date of the Earth Overshoot Day by taking the planet's biocapacity — that is, the amount of natural resources that are available — and dividing it by the amount of resources we've used up.

But not all countries are equally to blame for overshooting our natural budget.

Qatar, the richest country in the world as of 2017, has the highest consumption of natural resources on Earth.

If the whole population in the world lived like people in Qatar, we would need more than nine planets in total.

In comparison, if everyone lived like people in Nigeria or India, we would need only a bit more than half a planet a year. And with the average lifestyle in Vietnam, we would use up exactly one planet.

Of course, this doesn't take into account the differences within each country. 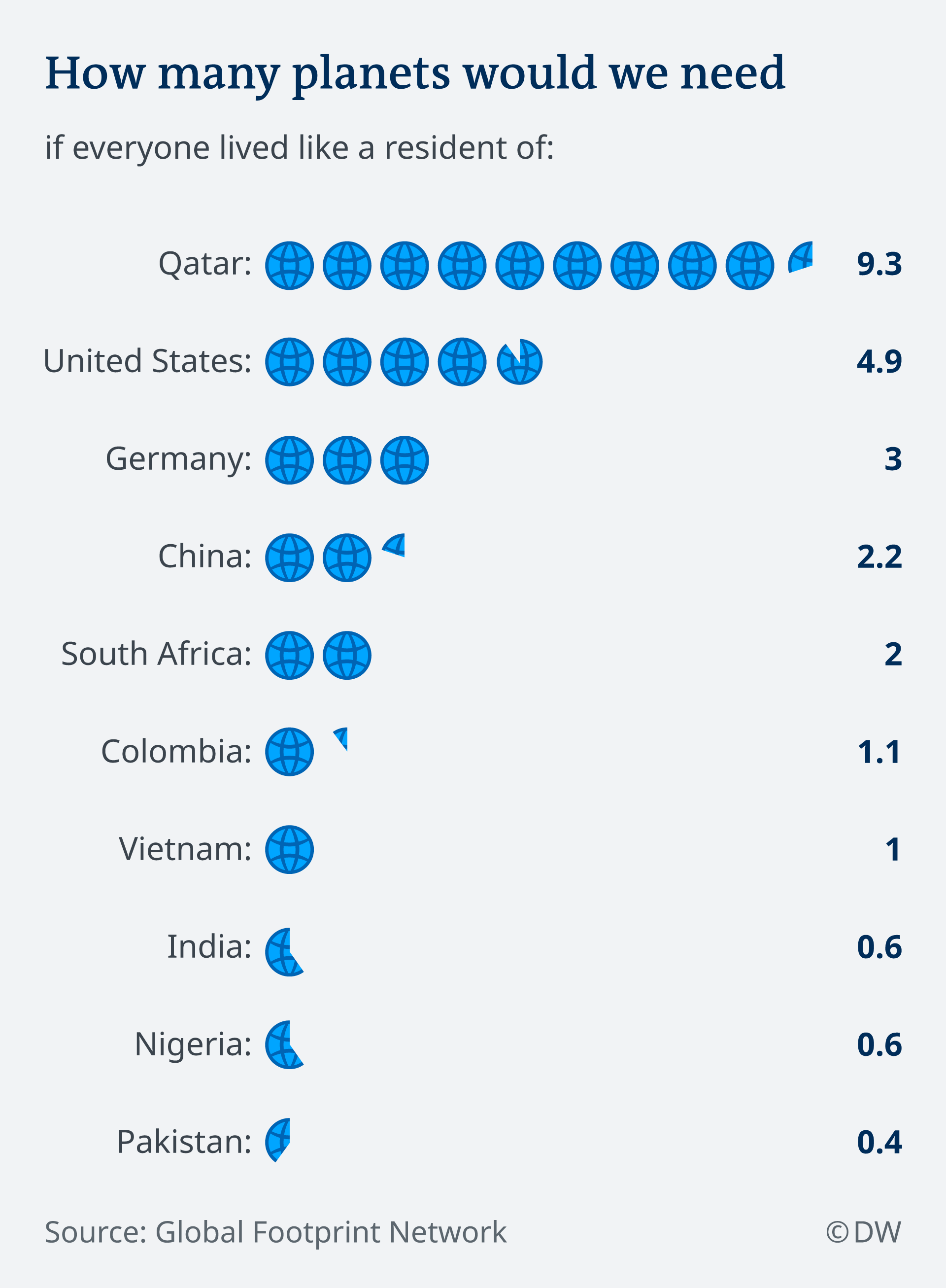 Germans are also living well beyond sustainable means. If the entire world had the same ecological footprint as Germans do, we would require more than three planets.

In this scenario, almost two planets would be needed to absorb the world's carbon emissions due to Germany's high consumption of fossil fuels such as coal.

Worldwide, fossil fuels are the main culprit of our resource overshoot. In fact, they currently make up 60 percent of humanity's ecological footprint.

If we were to cut our global carbon use in half, the date of Earth Overshoot Day would be pushed back by about three months. A huge reduction in carbon emissions is also crucial to limit global warming to below 2 degrees Celsius (3.6 degrees Fahrenheit). 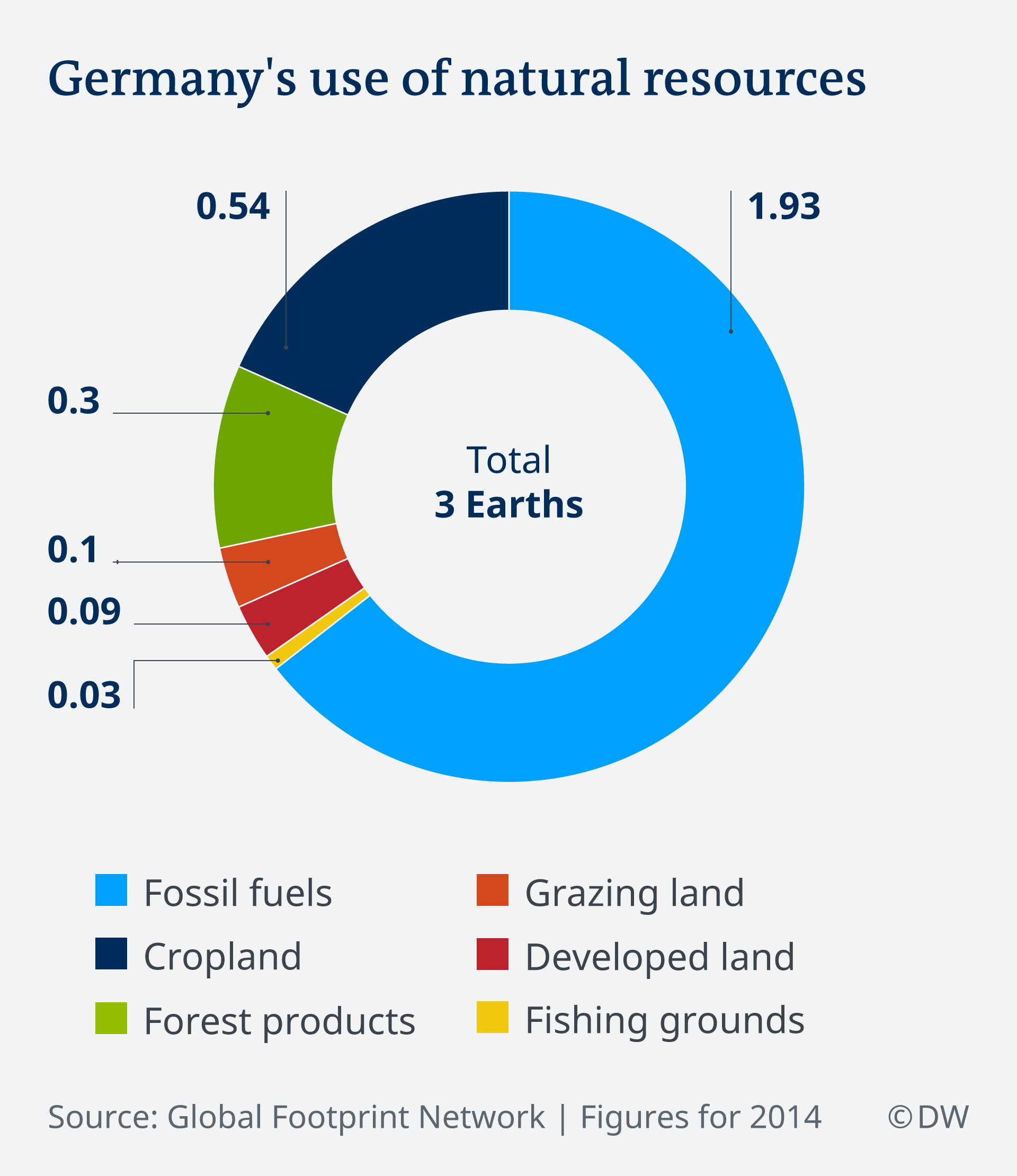 But in order to make this massive change, we would need to radically rethink our consumption patterns and economic system. Germany's Development Minister Gerd Müller made the point to mark the day:

"Earth Overshoot Day shows clearly: We are using too much of everything! This is why we need to introduce three changes: a new understanding of growth, a circular economy and a consequent move to renewable energy," Müller said.

"This is needed for sustainable development — and for global justice."