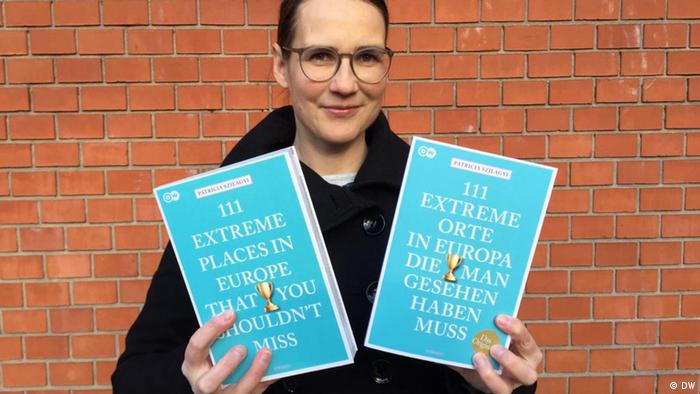 From spending a night in the world's first ice hotel in northern Sweden to sweating in Europe's driest region, the Tabernas desert in southern Spain: Travelers in search of unusual adventures are bound to find inspiration in the guide 111 Extreme Places in Europe That You Shouldn't Miss.

DW author Patricia Szilagyi takes her readers on a journey through Europe's extremes. Unique natural wonders are featured alongside architectural masterpieces and cultural highlights: There is something for everyone — even for fans of cuckoo clocks.

Europe to the Maxx: The Tabernas Desert

Wanderlust during the COVID pandemic

Patricia Szilagyi spent nearly two years working on the book, now released in German and English by publisher Emons Verlag, in collaboration with DW. "It was not easy to find 111 record locations in Europe," says the author. But the research was worth it, since it allowed her to discover unique destinations she previously hadn't heard of.

Particularly remote regions are among the spots Szilagyi says she'd now like to travel to herself, including the only Buddhist Republic of Europe in the south of Russia, and the northernmost settlement of the continent on the Norwegian archipelago Spitzbergen.

But it's almost impossible to undertake such journeys at the moment, due to the coronavirus pandemic and the ensuing worldwide travel restrictions. Publishing the travel guide now is nevertheless a good idea, says the author, as the book is there to inspire dreams, especially during this difficult period.

Part of a Euromaxx series

The book is based on the award-winning multimedia series "Europe to the Maxx," produced by the DW lifestyle and culture magazine, Euromaxx.

For a series of 20 videos, Euromaxx reporter Hendrik Welling went on a tour of Europe's extreme destinations, taking for instance the train to Europe's highest station on the Swiss Jungfraujoch, getting lost in the world's largest labyrinth in northern Italy and climbing up Europe's largest glacier in Iceland. Reporter Hendrik Welling filming in the Republic of Kalmykia

"Each of these trips had their own appeal. We met inspiring people and had great experiences," says Hendrik Welling. "I think that this series and the book reflect the fact that all these places also have unusual stories to tell, and they allow everyone to to take part in them," adds the reporter.

Welling's adventures can be followed on YouTube and dw.com/travel. The book also links to his trips through a QR code.

Comments on the Euromaxx YouTube channel show that Europe's extreme destinations keep on fascinating people from around the world: "That's from now on my to-do list," commented one viewer of the Swiss Jungfraujoch clip. Another commentator wrote: "One of the wonders of the world, and I didn't know anything about it until now!"

Europe to the Maxx: Jungfraujoch station

Europe to the Maxx: The world’s oldest wine region