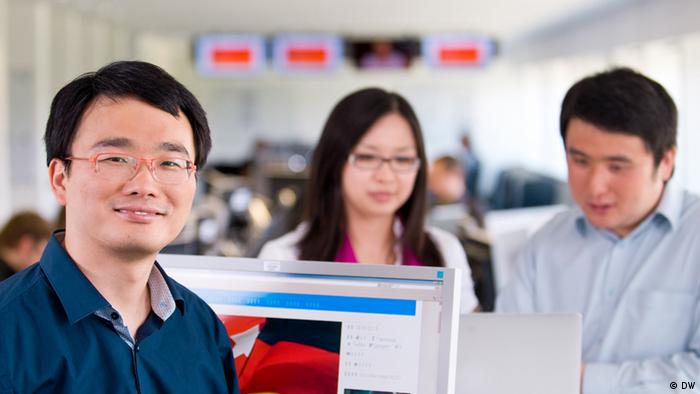 In this cooperative endeavor, Deusche Welle is counting on the innovative technology "Collateral Freedom" developed by the China-based organization Greatfire. The underlying principle for circumventing censorship is simple: Blocked content is distributed via the servers of large internet providers that cooperate with Greatfire.

"If these servers were blocked, a large number of popular web services in China would also fail. We can therefore assume that the state censors will refrain from actions with such wide-reaching consequences," says DW's Managing Director of Distribution, Marketing and TechnologyGuido Baumhauer.

What is currently a three-month collaboration with Greatfire offers DW effective access to the Chinese market through circumvention of state censorship, says Philipp Bilsky, head of DW's Chinese service. "We want to reach a broad audience with our Chinese-language online content, and Greatfire, particularly because accessibility is made so easy, marks an important step in this direction."

Baumhauer sees it as "a bit more freedom of information for those who either don't want to or are unable to use specialized software to bypass internet censorship." He also says that the software can be recommended for anyone who wants to access all of DW's multilingual online content.

In China, users who are interested must now be made aware of the new possibilities available to them.To this end, DW is using Facebook, Twitter and email newsletters to disseminate the web addresses that provide access to the Chinese-language content. DW is also relying on Chinese living in exile to communicate the information.

"Although these services are also partly or intermittently blocked in China, this approach is promising because users have learned to find very creative ways to access the information anyway," says Baumhauer.

In Iran, which practices strict internet censorship similar to that in China, DW has been actively circumventing censorship for the last two years with the help of a specifically developed software from Psiphon.

This enables, for example, the use of DW content via a smartphone app. Since then, the number of page views has steadily increased to as much as over three million per month.

"However, success in circumventing censorship can't just be measured by statistics," says Baumhauer. "The availability of freely accessible information and the feeling that one can freely inform oneself alone constitutes an important step."