In this episode of DW Festival Concert, all the music is somehow tied to Prometheus, be they pieces by Beethoven, Liszt, or Alexander Scriabin's "Poem of fire."

A rebel and a trickster, the Greek titan Prometheus was a thief with lofty intent and a champion of mankind. According to ancient legend, Prometheus stole fire from the gods of Mount Olympus and gave it to humans, enabling civilization but earning Zeus' wrath in the process.

Prometheus stood up to Zeus' power and domination, but of course, he didn't get off scot-free. Zeus chained him to a rock in a barren part of the Caucasus Mountains and sent an eagle to eat his magically regenerating liver out of his body every day.

The theme of resistance against authority was popular during the French Revolution, and consequently, Beethoven embraced it, together with the idea of Prometheus. In 1801, he composed a ballet for the Italian choreographer Salvatore Vigano using the ancient Greek myth as the basis.

"The Creatures of Prometheus" didn't exactly get the best reviews, and the ballet is rarely performed in its entirety today, but the overture remains quite popular and is often played in concerts. We'll hear it in this episode, performed by the orchestra, Deutsche Kammerphilharmonie Bremen, with Paavo Järvi conducting.

Composer Franz Liszt also used the ancient Greek legend for his 1850 symphonic poem "Prometheus." He wanted to musically express both the suffering of the condemned and the hope and triumph of Prometheus' rescue.

As with Beethoven's Prometheus, the critics weren't exactly kind toward Liszt's composition. Prominent music critic Eduard Hanslick described the work as "non-music" – a hardly appropriate description for the virtuoso. In this episode, we'll hear a recording by the Berlin Philharmonic from 1992 that features then-chief conductor Claudio Abbado.

In another symphonic poem, "Les preludes," Liszt once again deals with the Greek legend but this time it's in a thematic sense, without a retelling of the story. There is a dark side to this composition though: The Nazis used the piece as part of their war propaganda.

Passages from the work preceded victory announcements on the radio. It's still difficult for people who heard the music in this context to disassociate it from the memory of war. The work is imbued with heroic drama and emotions, which may be why the Nazis appropriated it for their ideology of world domination.

While "Les preludes" does tell a heroic story, it's not your typical one. Conductor Dirk Kaftan explains how it's actually about the highs and low of human life.  "Liszt's Prelude is also – despite the fact that it was abused by the German Nazi government to promote the 'Wochenschau' –  a piece that describes the development a human being takes in his life. From birth, connection to nature, conflicts, getting energy from nature, becoming more and more mature…" 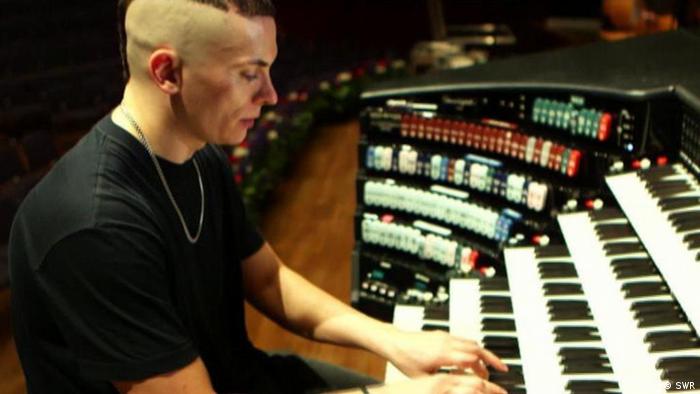 Moving on to another variation to the rebel theme, American organist Cameron Carpenter performed his composition, "The Scandal," which played at the opening of the concert on September 3, 2021.

Carpenter has been described as the "bad boy" of the organ world, though he prefers to refer to himself as a "musical maverick." Whatever the label, he is undoubtedly a virtuoso, a master of both the church and electric organ. He often takes the stage in glittery shoes and in clothes with extravagant touches.

Carpenter, who lives in Berlin, describes his works as a "pseudo-symphonic poem with organ." In "The Scandal," the organ mainly plays the role of the scandal-causing and repentant adulterer while the orchestra plays the hysterical public.

It musically tells the story of a well-known public figure whose marital infidelity is covered by sensationalistic media. But taken more broadly, it shows the downside of a civilization that increasingly needs new reasons for outrage in order not to grow bored.

And this brings us back to Prometheus, the Greek titan who brought fire to mankind, enabling civilization but also all the not-so-good things that go with it.

Prometheus is often represented in literature and the arts as a fighter for mankind. But in the late 19th-century composer Alexander Scriabin's eyes, the Greek figure was something even greater. He made the titan the subject of his last orchestral work, "Prométhée – Le poème du feu," or "Prometheus – the poem of fire." Scriabin considered Prometheus to be not just the bringer of civilization but also a symbol of creativity and sensitivity.

Alexander Scriabin had synesthesia, a condition where one experiences one of their senses through another. He was also considered a modernist visionary, someone who was enthralled by mystical ways of thinking. At the beginning of the 20th century, he experimented with strange-sounding free atonality, which broke with the traditional major-minor framework.

He also explored electronic effects. Scriabin dreamed of a Gesamtkunstwerk, a holistic form of art made of sounds, colors and smells mixed with elements of dance and touch.

According to conductor Dirk Kaftan: "This Prometheus is not just the person who brings spirit, creativity... it expresses the wish to find a connection between body, soul, also between sexual desires, the brain part of our life and to find a kind of ecstasy in celebrating this way of listening to music."

And that's all in this edition of DW Festival Concert. Join us next time with our host, Cristina Burack. If you have any questions or comments, drop us a line at music@dw.com.

Performances featured in this concert: