We often think of ancient statues as the white stone figures that have long dominated museum collections. But in recent years, the public has been reawakened to the fact that many of these antiquities were once brightly colored.

In the exhibition "Gods in Color - Golden Edition," which features over 100 painted sculptures in Frankfurt's Liebieghaus museum, visitors can witness the polychromatic transformation of ancient statues and experience their original, eye-opening bright hues.

The myth of colorlessness

"This strange concept of colorless sculptures dates back to the Renaissance," said archaeologist Vinzenz Brinkmann, head of the Antiquities and Asia departments at the museum and the curator of the show. Since beginning his research in Athens 40 years ago, Brinkmann has been studying the colors of ancient sculptures and brings his specialist expertise to the exhibition.

"At that time in Rome, there was a lot of construction happening and one sculpture after another was found. They no longer had any color." So at first, no one knew any better, he explained to DW.

At the same time, the simplicity of colorlessness fit with the popular ideology of the period. "The colorless sculptures were used as a visual representations of the Enlightenment," Brinkmann added.

The lack of color made the figures lose their sensuality, said the archaeologist. "They were put, so to speak, on a pedestal." Even the finding of the Laocoön and His Sons statue in Rome in 1503, which showed traces of color, could not shift assumptions about ancient statues being white. "It was deliberately looked over," Brinkmann said. 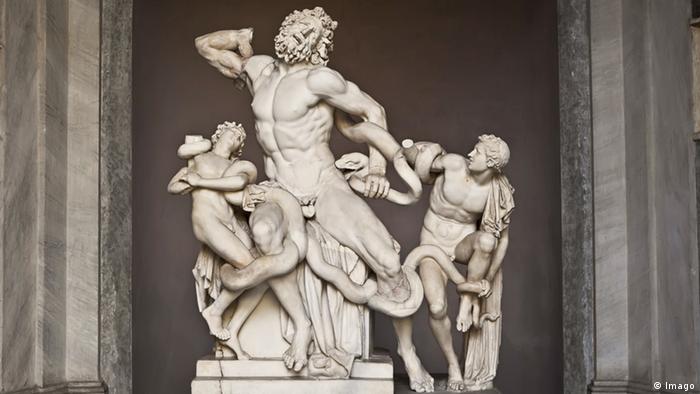 But as the exhibition shows, colors were used diffusely in the ancient world, with the Greeks and Romans painting their sculptures, not only for decoration, but to elaborate the story of each work. Polychromy gave increased depth of cultural and artistic expression.

New findings — and a fascist backlash

The myth of colorlessness was further refuted during excavations in Pompeii in the 18th century. The finds made at that time showed undeniable remains of paint on numerous objects. Pompeii was destroyed by a volcanic eruption in 79 A.D. and the lava that poured over the city protected the finds and preserved their colors.

In the 19th century, large excavations on the Acropolis in Greece caused further upset. "That's where the sculptures were found that the Persians had destroyed when they stormed the Acropolis in 480 B.C.," Brinkmann noted. 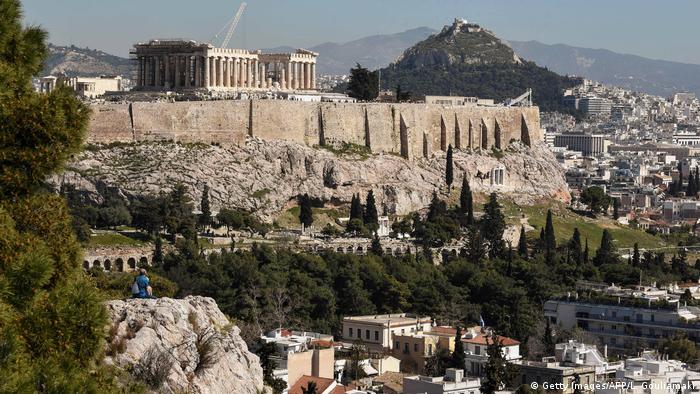 Many finds in Athens (pictured here) no longer had color. As a result, many originally thought they had always been white.

"When the Athenians returned to the city, they did not reassemble these overturned sculptures, but buried them under the sanctuary instead, which protected them. When archaeologists dug them up after two and a half thousand years in 1986-87, some of the colors were still fresh and dazzlingly beautiful," said the archaeologist. So by the end of the 19th century it was clear: Antiquity was not white. It was colorful.

But with the rise of fascism in the 20th century, the tide turned again. The colorful figures of antiquity did not fit in with the aesthetics of dictators Mussolini, Franco, Hitler or Stalin. They were simply too sensual, says Brinkmann.

"One has to consider how much the loss of color reduces sensuality; how what is sexy about the antique statue becomes abstract when color is removed." 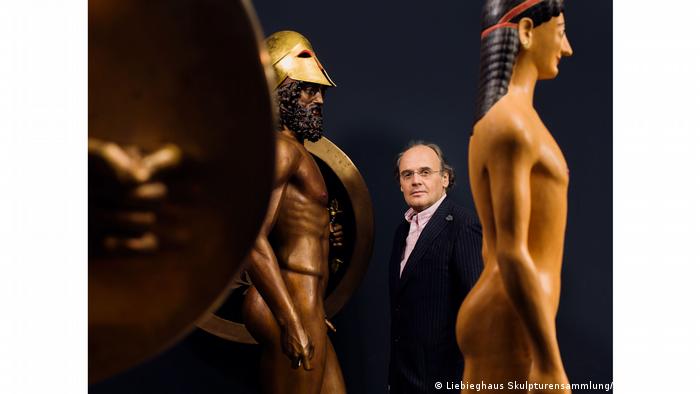 The exhibition "Gods in Color" at the Liebieghaus Museum in Frankfurt features over 100 works in their original colors.

In the exhibition, more than 100 objects are on display, including 60 reconstructions. The exhibition is a continuation of another held in Munich from 2003 that was shown in 30 cities worldwide. The current show will also travel to Naples, New York and Sydney, among other locations.

"Gods in Color" runs at the Liebieghaus Museum until August 30 2020.

From cuddly pugs to hunting dogs and three-headed canines guarding the gates of hell, to the storied pets of David Bowie, Queen Elizabeth II and Catherine the Great, "Loyal Friends" celebrates our puppy obsession. (28.11.2019)

A 3,000-year-old sculpture of Tutankhamun was auctioned off by Christie's for nearly $6 million, despite Cairo calling on the UK government to stop the sale. Egypt claimed the relic was illegally taken from the country. (04.07.2019)

The statue was placed as part of a small demonstration in support of drug dealers. Three weeks earlier, anti-immigrant protesters gathered in the park. (30.10.2019)