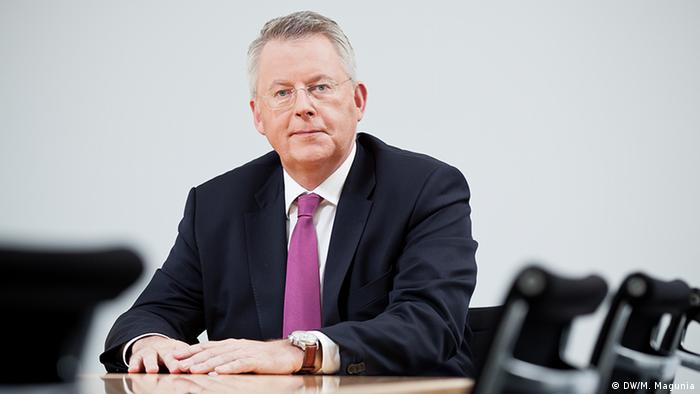 Limbourg urges Iran's leaders to "immediately take steps towards more transparency and put an end to censorship." The country stands only to benefit, he said, if its people were given a greater chance to express themselves freely and without fearing repression by the state. "Particularly for Iran's young people, who form the country’s majority, social media are an important instrument for social dialogue and the formation of personal beliefs and opinions."

Despite the cautious tendency toward greater political and social openness, internet censorship remains on the agenda for Iran, Limbourg pointed out. Deutsche Welle's website in Persian has been blocked in Iran since 2009. Thanks to the anti-censorship tool Psiphon provided by DW, Iranian users have a chance to bypass the internet blockades.

DW Director General Limbourg noted that website hits in September rose significantly once again. "Over two million users from Iran used the Psiphon software last month to access DW content in Persian, thus getting informed about what's going on in their own country," Limbourg said.

If President Rouhani were to end the blockade against dw.de/persian, Limbourg believes it would "send a clear political signal." Putting an end to the disruption of DW's TV and radio satellite signals should also be part of the measures to be taken, said Limbourg.