If you can legally change your name or gender, should you also be able to change your birthdate? 'No' is the answer from a Dutch court to one lovesick pensioner. 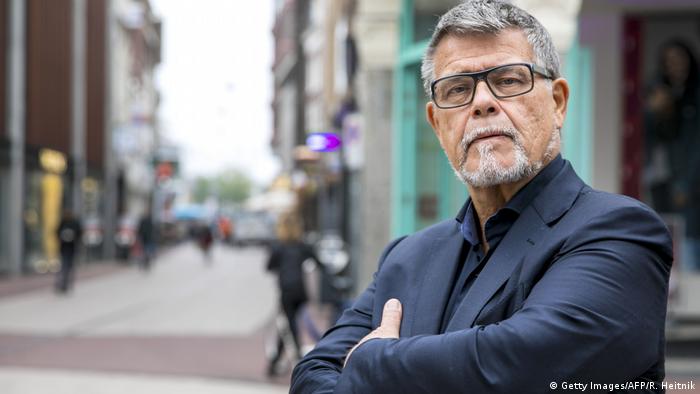 A 69-year-old from the Netherlands has lost an unprecedented legal bid to shave 20 years off his age to improve his love life.

Self-styled positivity coach Emile Ratelband had argued his official age should be changed to 49 to reflect how old he felt.

He complained of feeling "abused, aggrieved and discriminated against," in many situations because of his age — from buying a property to looking for love online.

In a written statement a court in Arnhem denied his request, saying changing his birthdate would lead to difficulties in official record keeping.

"Mr Ratelband is at liberty to feel 20 years younger than his real age and to act accordingly," said the court in the statement.

"But amending his date of birth would cause 20 years of records to vanish from the register of births, deaths, marriages and registered partnerships. This would have a variety of undesirable legal and societal implications."

If gender, why not age?

"If you are 69, you don't get as many connections (on dating apps) as when you're 49," Emile Ratelband told DW in an earlier interview.

"If you are 55 or above, you can't get a job anymore in your life. If you want to have a mortgage and you're 69, it's impossible."

The single father of seven had argued that although his legal appeal was unprecedented in the Netherlands, it wasn't so different to other transformations gaining official recognition around the world.

"I feel young and I want it legalized," he said. "I'm doing this for myself, and if people … think I'm crazy, that's ok because everybody has their own reality."

Not a Chance? - The prospects of older employees

Ratelband said his doctor put his biological age at 40-42, but he decided that might be too young: "Forty-nine for me was a good age, and I wanted to stay a little bit realistic."

However, the court did not share Ratelband's view that 49 was in any way realistic.

Although judges "recognised that there was a trend in society for people to feel fit and healthy for longer, [they] did not regard that as a valid argument for amending a person's date of birth," according to the court's statement.

Had he won, Ratelband claimed was ready to start his life over.

"I can buy a new house, because I'll be able to get a mortgage. When I buy a house, I can marry a woman. I can have children again. It's just logical for me."

Profiting from happiness in the Netherlands

Love isn't what it used be, especially in the age of Tinder and online dating when relationships begin and end with a text message. From love letters to May trees, here are a few age-old ways of expressing love. (22.05.2018)

The lives and loves of Tinderella

Online editor Caroline tried out Tinder and between the overweight weirdos, the drug addicts and the shy nerds, life (and love) happened. (29.07.2015)

Tinder and the Brexit debate: A perfect match?

Could the world's most popular dating app also be used as a political tool? Tinder is now being used to educate young UK users ahead of the upcoming EU referendum. (03.06.2016)