Dutch to head to polls amid row with Turkey | Europe| News and current affairs from around the continent | DW | 13.03.2017

Dutch to head to polls amid row with Turkey

General elections take place Wednesday in the Netherlands. The country's quarrel with Turkey adds a layer of tension from which both the populist Geert Wilders and the sitting prime minister can benefit. 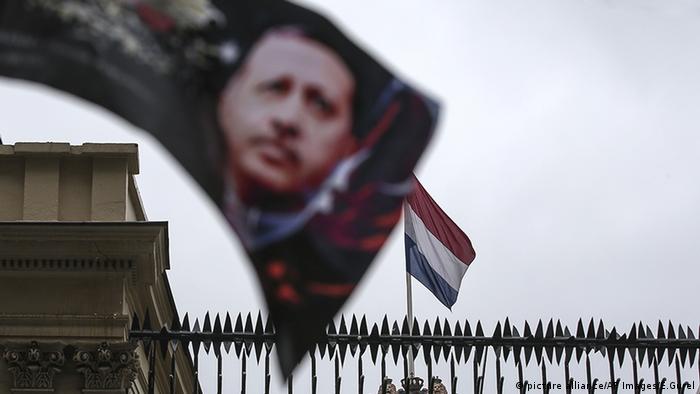 The diplomatic upheaval with Turkey could turn out to be a last-minute campaign gift for Dutch Prime Minister Mark Rutte. It gave him the opportunity to go on television over the weekend to reinforce his leadership image. "We have drawn a red line," he said of the decision to ban two Turkish ministers from public appearances related to an April referendum in Turkey. In the televised address, Rutte called his country's 400,000 citizens of Turkish descent "Dutch citizens," a rejection of the Turkish government's attempt to appeal to their Turkish roots. At the same time, Rutte emphasized that he had phoned the Turkish prime minister eight times in a bid to ease tensions. But he added: "We will not be blackmailed." 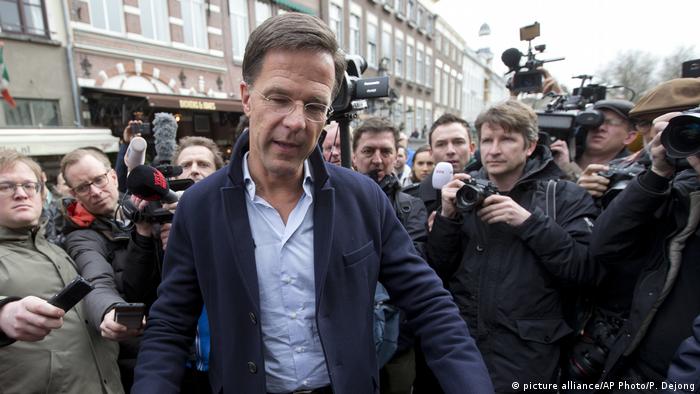 Rutte's remarks could bolster his party's chances in Wednesday's election. The People's Party for Freedom and Democracy (VVD) is leading on 16 percent, according to the latest polls, which would make it the strongest party in the fragmented Dutch parliament. And, even before the row with Turkey, it had a strong record: Under its government, the Netherlands emerged from economic crisis. Now the economy is growing at 2 percent, while unemployment has dropped to 5 percent.

Despite this, the prime minister is extremely unpopular, with voters mostly unhappy about promises that have gone unfulfilled in Rutte's second term, especially with regard to social benefits. This has made austerity measures he has introduced even more difficult to swallow. The Dutch also find it hard to come to terms with his personality: Rutter, a bachelor, largely shields his private life from public view despite the Dutch tradition of openness as typified by the curtainless windows of most living rooms.

Meanwhile, prospects for Rutte's ring-wing populist opponent have been in decline for several weeks. Geert Wilders's Party for Freedom (PVV) currently ranks three percentage points behind Rutte's ruling liberals. Wilders has been running his campaign mainly from the safety of Twitter, after appearing before media in February to make a brief statement. Years of death threats have kept Wilders in near-isolation, surrounded by bodyguards.

But now, with the campaign nearly over, Wilders has reappeared and participated in a public debate with Rutte on Monday night. He was also one of the first candidates to seize on the spat with Turkey and exploit it to his own ends. But the prime minister had the advantage over him of being able to take action and not having to make do with merely voicing indignation, like Wilders.

Wilders probably had his biggest success in the international press. Hundreds of articles have been written there about his past, his questionable financial sources and his increasing radicalization over the years. He has been painted as the nemesis of the European Union, someone who could bring about a Dutch exit from the bloc and boost right-wing populism across Europe.

But if current polling, which shows 87 percent of the Dutch electorate against Wilders, is accurate, he would not be able to form a government, much less lead an anti-EU movement. He seems to be, in the main, a media sensation.

A broad coalition needed to govern

At present, six parties could receive double-digit support in the election, at least four of which may be necessary to form a government - though no party says it is willing to work with Wilders's PVV. Lengthy coalition negotiations would not be new to the Netherlands, and could yield a partnership among the Democrats 66, the Christian Democrats, the Socialists and the Greens. 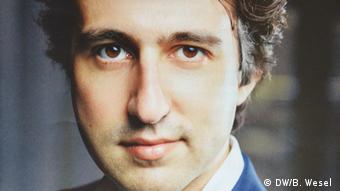 Klaver is seen as a political wunderkind

Greens leader Jesse Klaver has been as much a campaign sensation as Wilders, but from the other side of the political spectrum. His family is of Moroccan-Indonesian descent - incidentally, Wilders is also partly Indonesian - and his message is one of hope and unity, in favor of the EU and against Wilders' populist rhetoric, which Klaver blames for damaging the country's global reputation. A campaign event at an Amsterdam concert hall drew 5,000 mostly young voters - the largest such political gathering in Dutch history. Under Klaver's leadership, the Greens have gone from 3 percent support to 11, according to the most recent polls.