In a "highly unusual find," archaeologists in the Netherlands uncovered the remains of temples where Roman soldiers once paid tribute to their gods and goddesses. 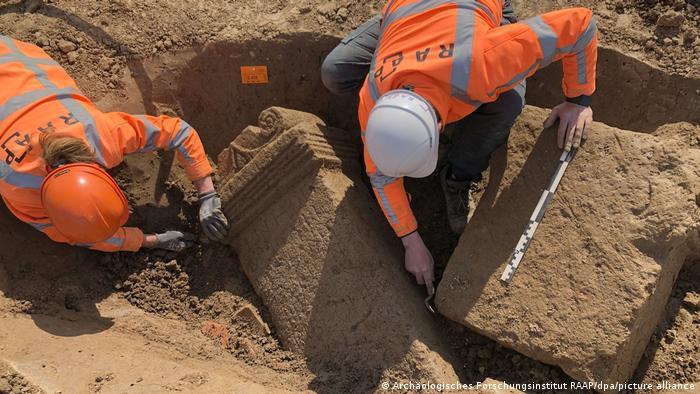 Dutch researchers have celebrated the find, which included dozens of small, stone altars like the ones pictured above

The find has surprised and excited archaeologists, as it is the first time temples have been unearthed on what was once the northern boundary of the Roman Empire.

The temple complex was found at a clay extraction site in the village of Herwen-Hemeling — located in the eastern province of Gelderland near the border with Germany. The area is located near the Roman Limes UNESCO World Heritage Site.

Hobby archaeologists came across some artifacts in 2021 and alerted authorities, sparking a larger excavation, the Dutch national cultural heritage agency said in a statement.

Research teams found the remains of at least two Roman-era temples that were used between the first and fourth centuries.

One was a Gallo-Roman temple that had a tiled roof and "colorfully painted walls" while a smaller one was located a few meters away.

Among the artifacts discovered in the ruins were the remains of statues of deities, as well as pits where Roman soldiers lit large, sacrificial fires. Painted plasterwork, cloak pins, roof tiles marked with inscriptions were also among the finds.

Some of the findings will be displayed at a local museum in Nijmegen, reported news agency dpa.

What makes the find unique?

Usually, Roman buildings were torn down or repurposed to construct other buildings — but this does not appear to be the case at the Herwen-Hemeling site.

"Never before has such a complete complex been found in the Netherlands," the Dutch national cultural heritage agency said. 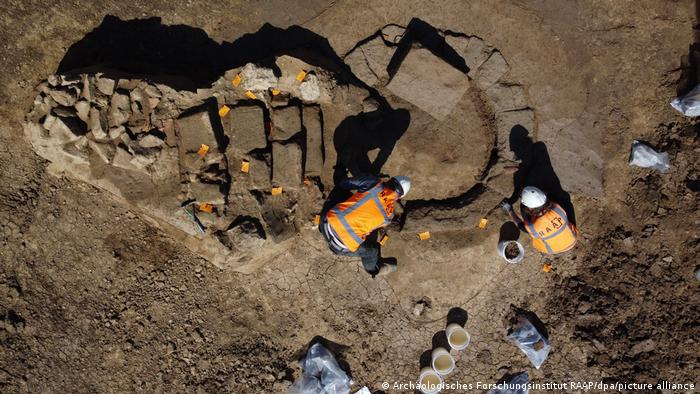 Another "particularly remarkable" aspect was the discovery of several dozen small stone altars where Roman soldiers made offerings to their gods, goddesses and other deities.

"These stones are dedicated to Hercules Magusanus, Jupiter-Serapis and Mercury," the agency said, adding that the temples were likely in use for centuries.

Based on the types of inscriptions on the roof tiles, archaeologists believe the temple complex was mainly used by soldiers — as the military was responsible at the time for manufacturing the roof tiles.

The tips of spears and lances were found nearby, as well as remains of military armor and horse harnesses.

The small, stone altars with their careful inscriptions also reveal how Roman soldiers gave thanks — and what they were grateful for.

"High-ranking Roman officers erected dozens of votive stones to give thanks to a god or goddess for fulfilling their wishes. These did not always relate to winning battles," the Dutch agency said.

"Simply surviving a stay in these northern regions, sometimes far from home, was often reason enough to give thanks," the statement added.