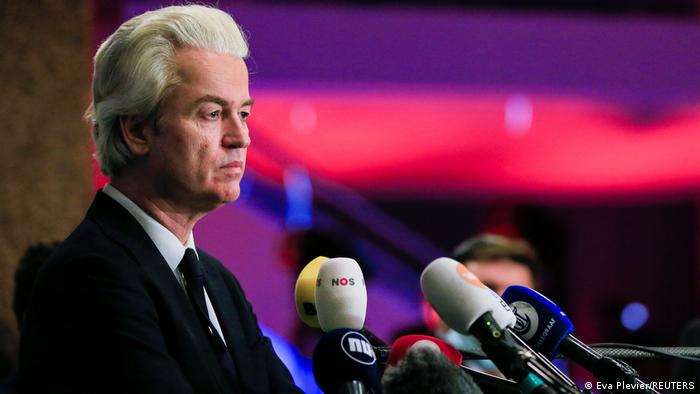 Wilders had been convicted in 2016, and demanded a retrial, arguing the case had been politically motivated and that the finding restricted his freedom of speech.

The court ruled Tuesday that the rally speech was not covered by freedom of expression.

"Even a politician must abide by the basic principles of the rule of law and must not incite intolerance," supreme court judge Vincent Van den Brink said in his verdict.

"With that statement he offended an entire group of people ... in this case because of their descent," he added.

Wilders did not receive a fine or jail time. The decision of the high court cannot be appealed.

In May 2020, an additional conviction for discrimination and inciting hatred was overturned by an appeals court. The high court on Tuesday confirmed this earlier ruling.

As the leader of the far-right Freedom Party (PVV), Wilders has been a controversial voice in the immigration debate in the Netherlands.

What did Wilders say?

At the 2014 campaign rally in question, Wilders asked supporters if they wanted "fewer" Moroccans in the Netherlands.

"Fewer! Fewer! Fewer!" his supporters chanted back. "We're going to take care of that," Wilders told the crowd.

In response to the ruling Tuesday, Wilders said he is the victim of a political "witch hunt."

"They want to shut me up, but I will never be silent", he said.

Approaching general elections in the Netherlands, all eyes are on populist candidate Geert Wilders. In a DW interview, Dutch political scientist Andrej Zaslove provides insight into Wilders and the country's politics.