All aboard the Duschbus! A Hamburg city bus has been rebuilt into a mobile shower unit to help homeless people clean up and get back on their feet. 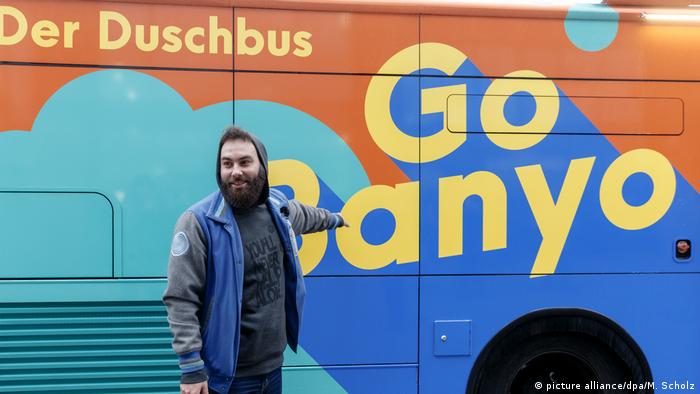 Starting Saturday, people living on the street in Hamburg can take showers for free in a modified city bus rebuilt with bathroom units.

The GoBanyo "Duschbus" (shower bus) was made possible by a crowdfunding initiative that earned over €168,000 in six weeks.

The idea for the bus was started by a young German man who had been homeless. He said he was forced to use toilets at train stations and showers at public pools. He joined with several organizations to start a non-profit they named GoBanyo to raise money for the Duschbus.

According to the operators, the bus currently has enough funding for six months of operation. Now GoBanyo is looking to raise more funding to keep the bus clean and running.

On GoBanyo's crowdfunding page, they said that "every person has the right to wash," and feeling dirty prevents homeless people from going to appointments or trying to improve their situation. 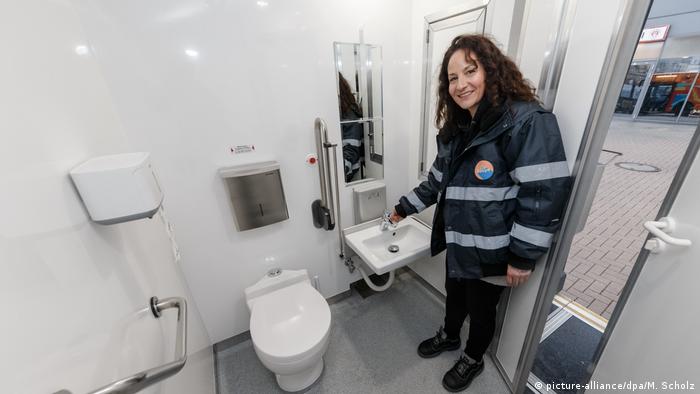 A GoBanyo volunteer shows off one of the Duschbus' bathrooms

"Anyone who feels dirty avoids contact with other people. There is a lot of shame, and it is a vicious circle. That's why the Duschbus provides a solution, and builds a bridge back to society."

The Duschbus has three bathrooms, each equipped with a shower, sink, toilet and hygienic articles. Fresh clothing is also provided.

The water system can be hooked up to hydrants and sewers, and two water tanks together can hold more than 1,000 liters (264 gallons) of fresh and used water. The city pays for the water costs.

The Duschbus will be stationed four days a week at three locations in Hamburg. It will operate at each station for five hours and 30 people can use the facilities every day. A group of volunteers will drive the bus and provide assistance.

According to official numbers, there are at least 2,000 homeless people in Hamburg, but the number of people living on the street is probably higher, say experts.

Second chance for the homeless

Second chance for the homeless