Argentina has always prided itself on avoiding the drug problems that tear apart other parts of the region. Recent events in the city of Rosario shows that those days are no more. 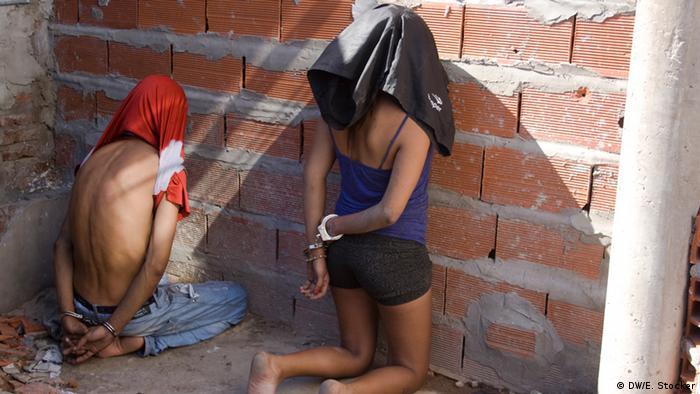 Argentina's Santa Fe province is one of the richest in the country. A focal point of the vast farming sector, hundreds of thousands of tons of soya leave the ports surrounding its main city, Rosario, every year. Despite the glossy facade, the province - and in particular the metropolis - is becoming known for something far more unsavory: an out-of-control drugs market and a spiraling murder rate.

The poor neighborhoods of Rosario, some 300 kilometers (185 miles) northwest of Buenos Aires, don't seem as destitute as the villas miseria, the shantytowns, of the capital. Apart from the desperately humble Enpalme Graneros, the barrios are marked by neatly constructed houses and paved streets. But down the narrow alleyways, drug bunkers flourish - kiosks where the city's main narcotic, cocaine, is sold to punters.

The murder rate in the city of Rosario is now nearly three times the national average - and over 70 percent of killings last year were the result of firearms injuries. The main cause? Rival gangs competing for the lucrative "bunker" market. Deaths are often innocent people caught in the crossfire.

Stella Maris Gomez and Chicho Rodriguez know what the latter feels like. 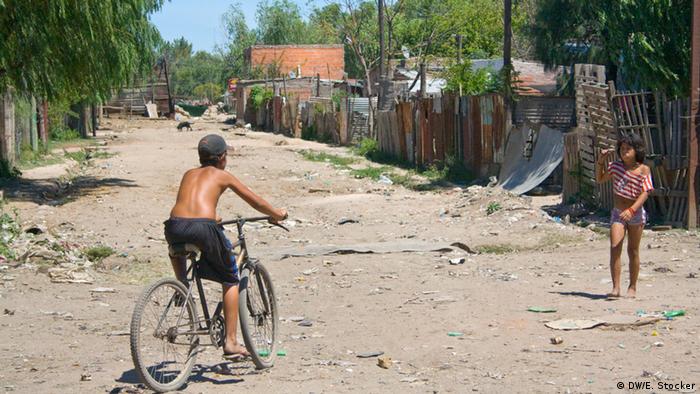 It's a warm summer day and they're sitting on a bench beside a community football pitch in the Villa Moreno neighborhood. In the background, a lone accordionist practices outside his corrugated iron house. It's an almost bucolic scene, but the presence of two police cars nearby shows that appearances can be deceiving.

Rodriguez is controlled but clearly emotional. "We won't pause, we won't stop fighting, we won't lower ours arms," he says. Justice is everything.

On New Year's Day 2012 their world was turned upside-down when Mono - Rodriguez' brother and Gomez' son - was gunned down in a case of mistaken identity. The alleged killer, El Quemado ("the burnt one" in English) - a local drug dealer - was avenging a murder attempt on his son, Maximiliano.

Fifteen minutes before El Quemado's hit, the assailants had apparently been where Mono and his friends were sitting. A burst of machine-gun fire ended the teenagers' lives as they sat next to the football pitch waiting to go out dancing with girlfriends.

"When I arrived [at the pitch], Mono was there in a filthy puddle and he couldn't breathe," Rodriguez continues. "I asked him what had happened and he said that some people arrived and started shooting without giving them time to say anything. Mono was with us for another half hour. With my other two siblings, we grabbed his hand, talked to him and told him to hold on - everything would be alright."

Today a mural on a wall of the neighborhood recalls the three murdered teenagers. The family, who have roots in grassroots activism, tirelessly campaigned to make sure the case wasn't forgotten. 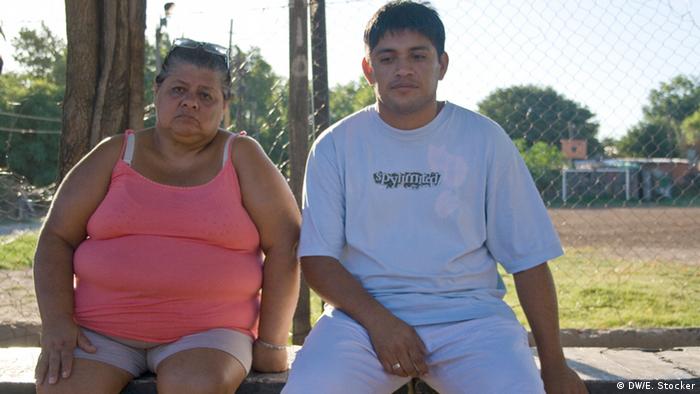 The details, when they emerged, were revelatory: that El Quemado allegedly received the help of the police, allowing him to wander into Villa Moreno without trouble.

Later this year, three police officers are due to go on trial for helping facilitate his murder spree.

Long a transit point for drugs travelling to Europe, the local phenomenon in Rosario is new - a mixture of growing demand and what many denounce as institutional corruption.

Gomez, Mono's mother, struggles to get her words out, wiping away tears. "We began to discover that drug dealers and the police are one and the same," she explains. "Instead of protecting the people, they were protecting the 'narcos.'" 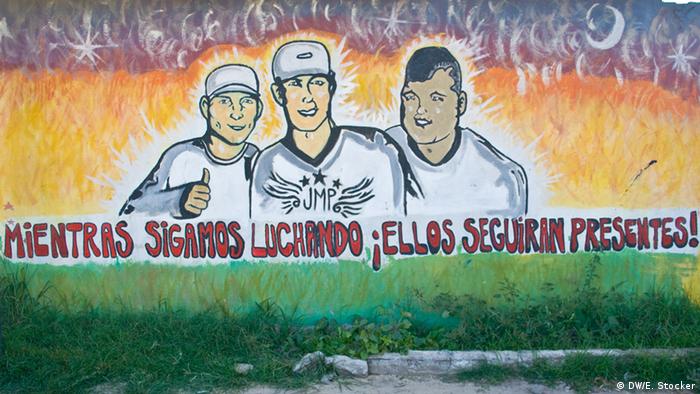 The neighborhood dedicated a mural to Mono and his friends

Gomez complains that whenever a raid is planned on a drugs "bunker," the dealers simply grab their things and leave beforehand. She asks who is tipping them off if it isn't the police themselves.

The Villa Moreno case isn't the only corruption scandal. At the end of last year the PSA, a federal body, revealed links between the force and dealers in an extensive report.

Embroiled in the scandal - and accused of protecting the trade - provincial police chief Hugo Tognoli was forced to step down in October last year. He spent 15 days in prison as a judge investigated allegations against him, before being released. As part of the on-going case, he was detained again earlier this month. 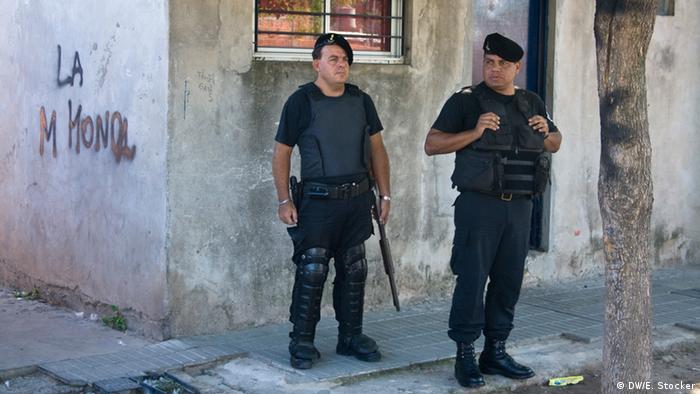 Police appear to have colluded with drug dealers in some cases

With the province and the nation passing the political football, the problem looks set to remain. And with it, more families like Gomez and Rodriguez' will suffer.

"Only now have we been able to think about what happened in peace," says Gomez. "Before it was a mixture of sadness and pain; everything affected us, including coming here to the pitch.

"But we've swapped sadness for struggle. We know we can't bring the kids back, but we're going to keep fighting to make sure this doesn't happen again - not even to one more kid - because it's crazy how they're being killed."

About five million people are on the run in Colombia. Many have lost everything, including family members and the land they called home. But the government has now promised it will make good on a 2012 restitution law. (20.01.2013)

Rio de Janeiro's largest favela, Rocinha, has been pacified by military police in preparation for the 2014 World Cup and 2016 Olympics. But much remains to be done to improve the lives of those living in the community. (19.01.2012)