Florence on the Elbe, the Venice of the East -- the monikers make it clear: Dresden is a picturesque city on the water. 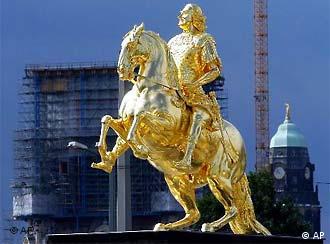 Despite its rich history and distinctive Baroque skyline, Dresden is probably best known to English speakers as the city bombed virtually flat by the Allies just before the end of World War Two.

Even prior to 1945, Dresden was no stranger to destruction. In 1685, a terrible fire consumed much of the city and led to a large-scale rebuilding project. Dresden flourished into one of Germany's most beautiful Baroque royal seats during the 1700s, and the buildings that date from the reign of Augustus the Strong (1670-1733) remain its pride and joy.

Augustus’ successor, Augustus III, continued developing Dresden, but lost to Prussia during the Seven Years War (1756-1763), when much of the town was destroyed by Frederick the Great. At the start of the 19th century, Dresden became the focal point of Germany's Romantic period, with none other than Johann Wolfgang von Goethe exclaiming: "Dresden gave me great pleasure, and my desire to think about art was revived. There are unbelievable treasures of all kinds at this beautiful place."

The 20th century had a crueler fate in store for Dresden. On the night of February 13th, 1945, US and British warplanes launched a deadly attack on the city, dropping some 3,300 tons of ordnance in three bombing waves. At least 35,000 people were killed in the resulting firestorms, many of them refugees from the eastern front. 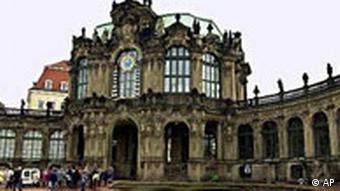 The reconstruction and restoration work to restore Dresden to its former glory began in 1951, and some of it continues to this day.

Modern Dresden -- the 500,000-strong capital of the eastern German state of Saxony -- has risen up from the ruins of the city’s past. The best way to take in the sights and sounds of Dresden is on foot.

Start by walking a full circle from the main railway station into the Altstadt (Old Town), crossing the River Elbe over the Albertbrücke (Albert Bridge), passing Albertplatz (Albert Square) and returning via the Augustusbrücke (Augustus Bridge). On the way, take in the famous Semper Opera House and Zwinger museum, the Theaterplatz and the Renaissance Palace, the Albertinum Gallery with its Green Vault housing a collection of Augustus’ jewels, and the New and Old Market Squares.

The Zwinger museum is Dresden's most famous building, and one of the most important late-Baroque buildings in all of Europe. Dating from the early 18th century, it now houses impressive collections of porcelain from nearby Meissen, weapons, clocks, scientific equipment and old paintings. Highlights of the collection include works by Rubens, Rembrandt, Raffaello and Titian.

Hundreds of paintings were looted by the Soviets after the end of World War II, and although some have been returned, many more have yet to be traced. More than 150 of the Zwinger art treasures failed to survive the bombing raids of 1945.

Frauenkirche (Church of Our Lady)

The Frauenkirche, once Germany's most important Protestant church, dominates the Neumarkt. Largely destroyed in 1945, the church lay in ruins for decades as a memorial to the victims of that fateful night. Restoration work began in 1990, and was completed in 2006. 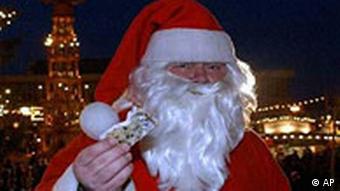 In fair weather, any visit to Dresden should include a stroll in the town's largest park, situated to the southeast of the Old Town -- the Grosser Garten, with its zoo and botanical gardens. There is an open air theater and, for the kids, a puppet theater. Serious nature lovers can also hang out on the meadows along the Elbe on the outskirts of the city, or cycle through the Dresden Heath, a large area of parkland located to the northeast.

In December, don’t miss the Striezelmarkt, Germany's oldest Christmas market, founded in 1434. Named after the savory pretzel (consumed by everyone here, it seems), the Striezelmarkt is one of the most vibrant and colorful events in the Dresden calendar. And don’t leave without trying another of the city’s famous exports, the Stollen -- a sweet, sugar-dusted loaf packed with dried fruit and spices.

Dresden’s geographical position behind the Saxon hills meant its residents could not pick up Western television or radio broadcasts in GDR days. This earned it the label Tal der Ahnungslosen, or Valley of the Clueless. Since the end of the Cold War, the people of Dresden have been feverishly making up for lost time, and their city now boasts a thriving alternative scene, particularly in the nightspots on and around Alaunstrasse.

The "Dresdner Stollen," a Christmas treat made exclusively in the eastern German city, has its supporters around the world. But anti-terrorism laws in the US make it harder for Americans to get their fruitcake fix. (23.12.2006)

The restored Green Vault at Dresden's Royal Palace, one of Germany's most celebrated museums, was unveiled more than 60 years after World War II bombs reduced it to rubble. (11.09.2006)

The City of Dresden

All about art in Dresden (in English).