Kim Phuc gained worldwide attention after a stunning photo of her in the aftermath of a napalm attack revealed the horror of war. DW spoke to her as she was honored for her work helping children traumatized by war.

It was an image seen around the world: People running to flee a sea of flames, a village reduced to rubble and ash. At the center of the image, a naked girl, her clothes burned off, screaming in agony.

Photographer Nick Ut, who captured the image that would become an icon of the Vietnam War, brought the injured children in the photo to a hospital in Saigon, now Ho Chi Minh City. The girl, Kim Phuc, survived but with serious burns that required multiple operations. She was later sought out and used as state propaganda by the the Communist regime in Vietnam. In 1992, on a flight from Cuba to Russia, Kim Phuc and her husband exited the plane while stopping over in Canada and requested political asylum. In 1997 she became a Canadian citizen and founded the Kim Foundation International, which offers medical and psychological assistance to children traumatized by war.

On Monday, she was awarded the Dresden Peace Prize in recognition of her humanitarian commitment. The prize, which has been handed out annually since 2010 in the city's famed Semperoper, commemorates the disastrous bombing of the city on February 13-15, 1945 and is intended to stand as a reminder of the human cost of war. The prize committee stated that: "We live in times during which hate is generally at large. But it is repeatedly the victims of violence and war who renounce hate. And in doing so they demonstrate human greatness, to the shame of the preachers of hate. Kim Phuc Phan Thi has shown just such greatness and so has become a worldwide exemplar." 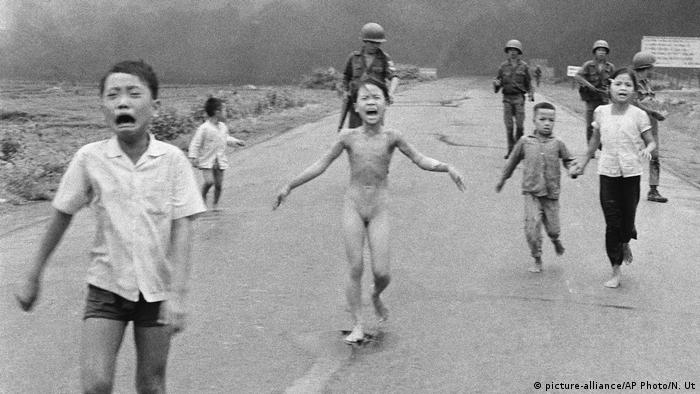 Deutsche Welle: Do you remember the first time you actually saw that photo?

Kim Phuc: Yes, I remember it very well. It was when I came home from the hospital. My dad gave it to me and said: "Kim, is this your picture?" The first time I saw it, I couldn't believe it — that the picture was taken that way. As a little girl I felt so embarrassed: Why I was naked and my brothers, my cousins, with clothes on? And I saw such hopelessness and agony. I thought that picture was so ugly, and I didn't like it. I wished he hadn't taken it.

When did that change?

Well, later I understood that picture had a big impact on people. Now I don't feel embarrassed like before, but it was not much to me until the moment when I had a child. I had my baby, I held him, I looked at that picture and said, "How, as a mother… how dare [they]? How could I let children suffer like that? And not only my baby, but children around the world.  I never want children to suffer like that little girl." So from that point on, it really touched me. That picture became so powerful for me. I have to go back to accept it, and work for peace. That is my choice. When the picture was taken, I had no choice. But now I have freedom, I have family, I have my baby. That picture helped me decide to do something to protect children.

When you look at that picture now, what do you see?

I can see the hopelessness, the pain, the terrible suffering of the children – me and my brothers crying. I can smell the fire, the smoke, the burning. But right now I'm so thankful I went through that. I [was] supposed to be dead. But I am so thankful that I am still alive, and that makes the picture still alive.

Can you describe what happened that day? How your life changed?

I was nine years old and had finished my grade three. The war came to our village, so my family hid in the temple for three days. We were just allowed to play nearby in the bomb shelter. I remember we had lunch, and after lunch, the soldiers just yelled for the children to run. I was one of the children who ran to the front of the temple. Then I saw the airplane. So loud! So close to me, and so fast!

I was supposed to run, but I just stood right there. I turned my head and saw four bombs landing. Everything was so fast. Then, fire was everywhere, and the fire actually burned my clothes off. I saw the fire all over my left arm, and I used my right hand to wipe it up… I thought "Oh, my goodness! I got burned, so I will be ugly." [I thought] people would see me a different way. And at that moment, I was so terrified that I just kept running out of that fire. I saw my brothers, my cousin, some soldiers there, and we kept running and running. And of course that moment, that picture, that day, changed my life forever.

Can you describe a little bit more how that changed your life?

My skin would never be the same. I struggled with so much pain as a child, [but] I didn't cry. I stayed in the hospital for 14 months, and I went through 16 operations. Then I had one more operation in Germany to improve the movement in my skin. I lost all my childhood. I lost a year of school. I had so many nightmares, a lot of pain. And of course we lost everything in the attack. We barely survived. 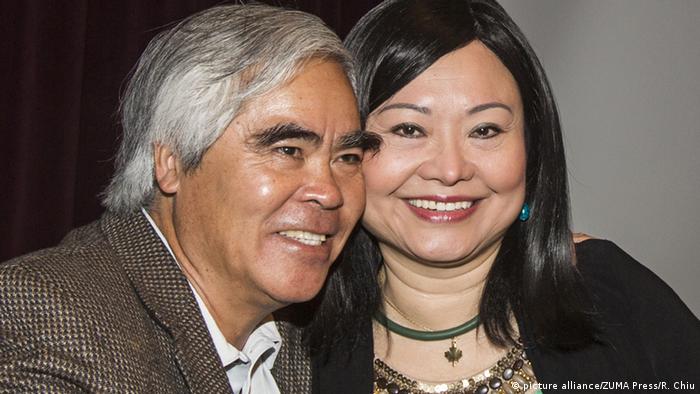 Phuc with Vietnamese-American photographer Nick Ut, who won the Pulitzer Prize for the image

In the eyes of the world, you were seen as a victim. What did that do to you? Did you feel like a victim?

As a child, I didn't. I didn't think much about that. But as a teenager, yes. I felt like I was trapped in that. I could see my scars, and I had to deal with the pain. Later on I had to deal with another kind of atrocity: The Vietnamese government started to use me for their propaganda. I couldn't go to school anymore. I couldn't fulfill my dream. And I was under control all the time.

Yes, I was a victim — not only of the war, but another kind of power. It was really miserable, but because of that I am so thankful right now that I went through the war. I know the value of peace. Now, I value freedom.

Now you are very involved in helping children who are victims of wars. Why is this so important to you?

I was one of millions of children who are victims of war around the world, but people gave me a future. Thank God I am still alive — but not alive with sorrow, with bitterness and hatred, but with the love of people around me. They inspire me, and now I have the opportunity to give back.

I'm so happy that a lot of people have done so much, but there is still much to do. We still have hope of making the world a better place to live. If everyone can learn to live with love, with hope and forgiveness — if everyone can do that we don't need war at all. If the little girl in that picture can do it, so can everyone.

An aerial World War II bomb partially exploded during an attempt to defuse it in the eastern city of Dresden. Bomb disposals are routine in Germany and rarely involve accidents. (24.05.2018)

The Saxon city's mayor has called for awareness of the brutalities of war that continue even in the 21st century. During World War II, Allied forces firebombed the eastern German city, leaving 25,000 people dead. (13.02.2017)

The long shadow of the Vietnam War

For many Vietnamese veterans the war hasn't yet ended. They still suffer from the effects of the poisonous defoliant Agent Orange. The documentary film "Lighter than Orange" tells their story. (08.07.2015)