More than 40 people in the US have been released from quarantine after showing no signs of Ebola. Authorities and experts are cautiously optimistic that the virus is being contained. 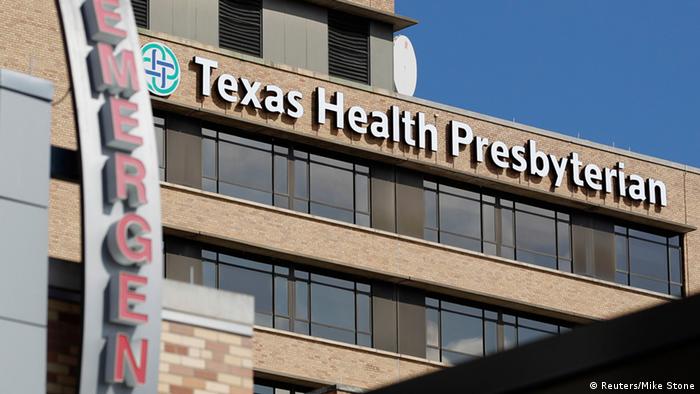 Family members of the first man diagnosed with Ebola in the US were among those released from quarantine in Texas on Monday, after passing a 21-day incubation period without showing signs of the virus.

Health care officials said that 43 of the 48 people on the original Ebola watch list in the US were no longer at risk. Thomas Eric Duncan's fiancée and her son, Duncan's nephew, and a family friend were among those cleared for release. Duncan, a dual Liberian-US national, died of the virus on October 8 at Texas Health Presbyterian Hospital.

Many health care and community workers who had come into contact with Duncan were also among those released from quarantine.

"This is a crucial milestone for the city of Dallas and for concerned persons across the United States," said Mark Rupp, an infectious disease specialist at Nebraska Medical Center, which has treated US patients infected with Ebola.

"I hope this reinforces the message that the public is safe and that Ebola is not very infectious in its early stages," Rupp said.

Around 120 people who came into contact with Duncan are still being monitored for signs of the virus in Texas, according to Dallas Mayor Mike Rawlings. If they don't manifest symptoms of the virus during the incubation period, they will be released from quarantine on November 7.

Nina Pham and Amber Vinson, the two nurses diagnosed with Ebola after treating Duncan, remain hospitalized. Around 140 people are also being monitored in Ohio for signs of the virus, after coming into possible contact with Vinson. She flew to Cleveland after treating Duncan.

Meanwhile, a man was released on Monday from Emory University Hospital in Atlanta after undergoing successful treatment for the virus.

The isolated infections have triggered a wave of paranoia in the US. President Barack Obama made an appeal for calm in his weekly address on Saturday, calling on Americans to "be guided by the science" and not "give in to fear and hysteria."

In response to the infections, the Centers for Disease Control and Prevention (CDC) issued new protocols on Monday for health care workers treating Ebola patients.

Under the protocols, health care workers must wear protective gear that leaves no skin or hair exposed. The gear includes face shields, hoods, double gloves, boot covers and other garments. Supervisors will monitor compliance with the protocols.

"Even a single health care worker infection is unacceptable," CDC Director Tom Frieden said in a teleconference with reporters, where he presented the new protocols.