At least 66 bodies have been found in eight villages in Kaduna state, where religious tensions have led to clashes. The state governor urged calm ahead of Nigeria's hotly contested national elections. 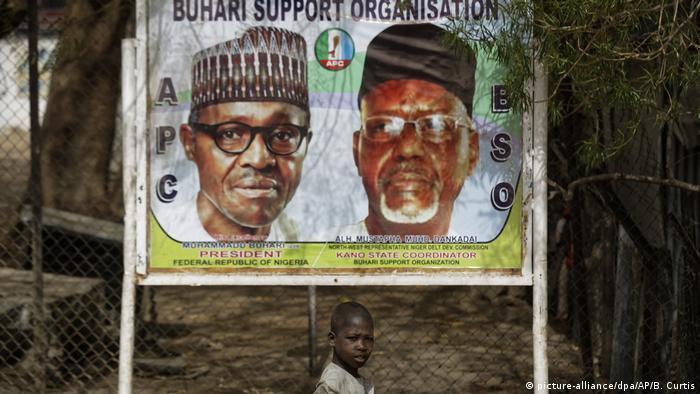 At least 66 bodies were found, likely killed in sectarian clashes, in Nigeria's central Kaduna state on Friday, the eve of the country's national elections. The bodies were found in eight different villages about 40 kilometers (25 miles) southeast of Kaduna city.

"Security agencies today reported the recovery of 66 bodies that were killed in attacks by criminal elements," Kaduna Governor Nasir El-Rufai said in a statement.

"Among the victims were 22 children and 12 women. Four wounded persons rescued by the security agencies are now receiving medical attention… (the) government condemns the attacks and commiserates with the families of the victims."

Local officials said that attacks had started in the area on Sunday, with further unrest and reprisals in the following days.

El-Rufai urged calm and added that arrests had been made. Local Christian and Muslim groups have both blamed each other for the violence. But the unusual announcement from El-Rufai, who is seeking re-election, could be seen as an indication that there have been deaths in both communities as well as a move to diffuse anger.

Nigerians head to the polls

On Saturday, Nigerians will decided whether to give President Muhammadu Buhari a second term, or elect his rival Atiku Abubakar, a former vice president who has contested five presidential elections. Polling has indicated that the final results may be tight.

Both Kaduna and neighboring Zamfara state have seen an uptick in violence in the run-up to the election. The atmosphere across the country is tense, as hundreds of people were killed in 2011 when then-candidate Buhari lost to Goodluck Jonathan, a Christian from the south.

In Kaduna and neighboring regions, tensions often flare up over land and water rights, and these tensions can often break down along ethnic or religious lines.

An election motorcade has been ambushed in Nigeria's Borno state, with at least four people reported dead. Responsibility has been claimed by jihadist insurgents. State governor Kashim Shettima survived. (14.02.2019)

Nigeria's President Buhari hopes to be re-elected on Saturday. When he took office four years ago, he made sweeping promises – which he has almost entirely failed to keep, says DW's Lagos correspondent, Adrian Kriesch. (15.02.2019)