The electoral register in Africa’s most populous land now contains more than a record-breaking 84 million names. But Nigerians who want to vote need a lot of time and patience. 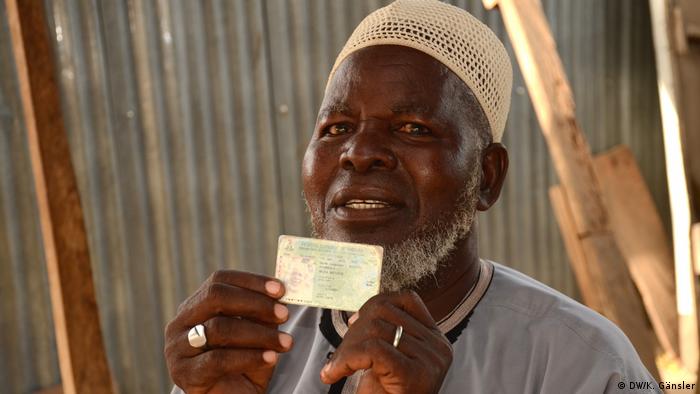 The Independent National Electoral Commission (INEC) has three administrative building complexes in the capital Abuja. Everybody working there is very busy.

Next month, 84 million Nigerians are called upon to elect a new president and parliament. State parliaments and gubernatorial elections will take place two weeks later.

Sitting in his office in the capital, INEC's deputy spokesperson Aliyu M. Bello is happy with the way things are going.

"The commission is ready. It has been engaging with critical stakeholders and prepared the voters' list. So far arrangements for everything pertaining to the 2019 election are excellent," Bello told DW.

Preparations for the elections are an enormous logistical challenge. The number of registered voters is the highest ever. 774 districts will host almost 120,000 polling stations. All of them will have to be provided with material and personnel in time for election day.

Jude Udo Ilo has serious doubts about the feasibility of this.

"There are reasons to worry. For instance, one month before the election, the recruitment and training of the staff have not yet been completed," the director of the regional chapter of the Open Society Initiative financed by the US billionaire George Soros, said.

It is far from certain that the material will be shipped to the country in time to be thoroughly scrutinized for errors. "We are not very clear on how INEC is approaching all of that activity."

These are not the issues that worry Mary Yusufu. The 34-year-old mother of seven, who has been living in the federal state of Adamawa, bordering Cameroon, for the last four years, had enough trouble in the last few weeks just trying to get her voter card.

Unlike other countries, in Nigeria you don't need a new voter identification document for every election. But Mary Yusufu's card was burned during her flight from the terrorist militia Boko Haram, she says.

To get a new one, she had to stand in line a total of six times. "Four times I went to the school where registrations were taking place," she told DW. "But they kept sending me away, saying I was too old." She was finally successful at a different registration center. 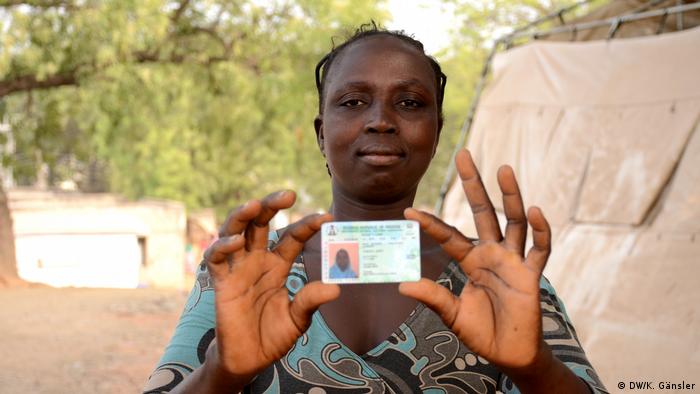 It wasn't easy for Mary Yusufu to get her voter card

Many internally displaced people are excluded

Mary Yusufu will only be allowed to cast her vote for a presidential candidate.

"The framework establishes that those IDPs (internally displaced people) living in other states than their own state of registration can vote only in the presidential election," Aliyu M. Bello explained. IDPs living in the state they are registered in can also vote at state level.

Jude Udo Ilo criticizes the system. "We worry about the fact that citizens of Nigeria are going to be disenfranchised from participation in the election through no fault of their own. We hope that all interested parts will focus post-election on working out a system that allows us to exercise our political rights," he said.

This is not an important issue in Nigeria. According to the UN Office for the Coordination of Humanitarian Affairs (OCHA), 1.8 million IDPs now live in the northwest. In other federal states, tens of thousands of people have had to abandon their villages because of land conflict, riots and marauding bands.

In theory, voters can re-register when they move to another polling area.

But there are reports both from Abuja and Yola that some voters are now doubly registered and own two voter cards.

None of the people in question wanted to comment openly. But one man told DW that it was easier to request a new card than to register a new place of residence. He was adamant that he would not cast his vote twice.

Samson Itodo, director of the local NGO Yiaga, worries that this kind of incident raises the question of credibility of the electoral register and the ability to fight fraud. This could damage the INEC's reputation.

"There is a probability that stakeholders will lose confidence because they will think that this is rampant, even if it is isolated," he told DW. 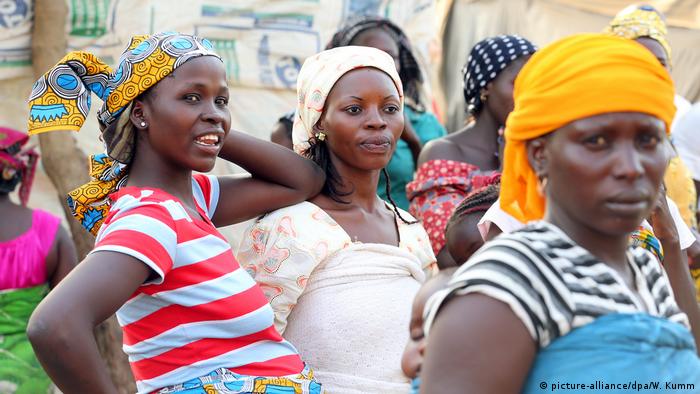 Depending on where they live, internally displaced people will be allowed to vote only for the president

What happens to cards that are not collected?

The INEC also has voter cards that have not been claimed. According to spokesperson Bello, they are securely kept under lock and key until the rightful owner collects them.

But he couldn't say for how long the cards are kept after being issued. Although one thing is clear: "The cards are not destroyed."

For voters, security is another important issue. Only voters who feel secure will go to the polling stations.

68-year-old Mathew Musa agrees. He fled to Yola from the district of Madagali, taking his voter card along with him.

Nigeria: Atiku Abubakar runs for the presidency once more

Candidates for the upcoming presidential election in Nigeria are lining up. Former vice president Atiku Abubakar is the latest politician to announce that he is running for the office. It is his fifth attempt. (09.10.2018)

Nigeria's President Buhari staked his political career on defeating Boko Haram. A pre-election resurgence in attacks by jihadists has Nigeria worried. DW looks at what is behind this development. (28.11.2018)

Obasanjo: 'Disputed elections are better than no elections'

In an exclusive interview ahead of Nigeria’s elections, former president Olusegun Obasanjo talked to DW about why he feels there are reasons to celebrate democracy in Africa, even if a lot remains to be done. (22.01.2019)