Two suicide bomb blasts at a crowded market in northeastern Nigeria have killed at least 45 people and wounded dozens. No group immediately claimed the attack, but Boko Haram militants have been blamed for the blasts. 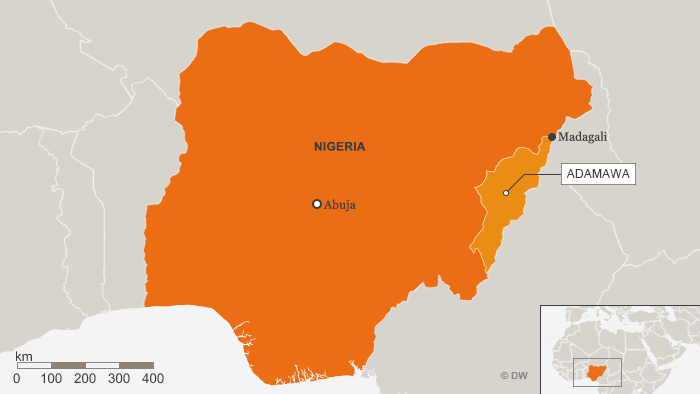 "The two bombers who (were) disguised as customers, detonated their suicide belts at the section of the market selling grains and second-hand clothing," said Yusuf Muhammad, the chairman of Madagali local government.

"We still don't have the exact number of those injured but they are many," he added.

About 67 wounded victims were taken to a nearby hospital, said Nigerian army spokesman Maj. Badere Akintoye.

Although no group immediately claimed responsibility for the attack, the blasts bore the hallmarks of Boko Haram, which regularly uses women and young girls to carry out suicide attacks.

The group also frequently targets crowded areas such as markets, places of worship and refugee camps in suicide bomb attacks in northeast Nigeria and in Cameroon and Niger.

Madagali was among the territory captured by Boko Haram in 2014, but the city was liberated by Nigerian troops last year. Friday's attack was the third to hit Madagli since two female suicide bombers attacked in December last year.

Boko Haram has been waging an insurgency to impose a hardline Islamic legal system on Nigeria's mainly-Muslim north. The insurgency has killed at least 20,000 people and displaced another 2.6 million since 2009.

The United Nations has warned that the affected region faces the "largest crisis in Africa".

A documentary film inspired by An Inconvenient Truth and entitled Nowhere to Run offers a warts and all look at how climate change is impacting livelihoods, the environment, social structures and national security. (21.11.2016)