Nigeria′s own inconvenient truth | Environment| All topics from climate change to conservation | DW | 21.11.2016

A documentary film inspired by An Inconvenient Truth and entitled Nowhere to Run offers a warts and all look at how climate change is impacting livelihoods, the environment, social structures and national security. 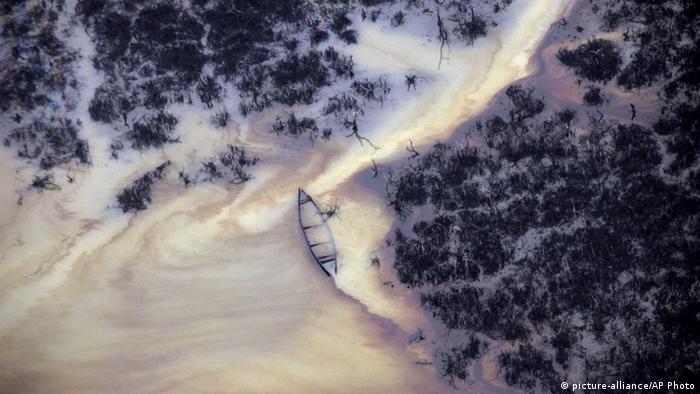 Deutsche Welle spoke to Jackie Farris, executive producer of Nowhere to Run and Amara Nwankpa of the Yar'Adua Foundation, which produced the documentary.

DW: Why did you make this documentary on climate change?

Amara Nwankpa: We believe climate change is having an impact on the country but that there was very little awareness and definitely no policy making for any response to what we saw as a global threat. We felt that if we had a documentary and it was in people's faces and told the story of climate change from a Nigerian perspective, it would raise awareness.

This documentary has been creating quite a buzz, how have audiences reacted so far?

Jackie Farris: We premiered the film a year ago and I have to say it's taken on a life of its own. The Kaduna State governor has asked that it be translated into local languages with a commitment to showing the film across the country.

Amara Nwankpa: There is a lot of shock. I think Nigerians have always thought climate change is something that happens somewhere else, maybe in Western countries, but they definitely didn't see it as an imminent threat to Nigeria. I think even people who have been impacted by climate change and environmental degradation believed there was somewhere in Nigeria they would be protected, so the realization that there isn't a safe place shocks a lot of people.

What kind of challenges did you face during the film production process?

Amara Nwankpa: We didn't want to cobble a couple of shots together and call it a documentary, but wanted to give it the treatment that it deserved. Raising the money for that kind of attention was difficult. I think that was the biggest challenge we had. 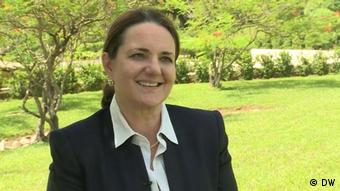 Jackie Farris: It was initially difficult to identify potential funding sources for the film, but by 2013, the office of the National Security Advisor agreed to fund a film that would create the connection between climate change and security in Nigeria.

How do the impacts of climate change encourage young people to join extremists like Boko Haram?

Amara Nwankpa: Where you have already fragile situations, climate change can make them spiral out of control. In Nigeria, we had a 30-year period where Lake Chad dried up, depriving over three million people – fishermen or farmers who were reliant on the water - of their livelihoods.

If people are deprived of hope and a livelihood over a long period, it creates the kind of environment where it is easy for extremism to breed. I think what climate change did in that sense was to wipe out all the natural defenses, all the normal factors that would have kept people occupied and prevented them from committing to extremism.

What gives you hope that we can fight climate change in Africa?

Jackie Farris: I think what has been most gratifying to me is the response from Nigerian audiences. They have begun to make the connection between climate change and what is already happening in local communities, everything from desertification to flooding, to rising sea levels to the shrinking of Lake Chad. 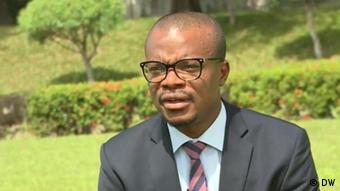 Amara Nwankpa: The first part of the film is very depressing but when you get to the second part where we begin to highlight the solutions, people see there is an opportunity to respond to the threat, to reverse some of the impacts we have experienced and an opportunity to work together collaboratively at the community, sub-national and national level. And some of these opportunities are actually profitable.

What gets you down or makes you feel desperate when it comes to facing the challenges of climate change?

And a lot of the political leaders we have gone to and who have watched this documentary, come out depressed. They get angry, they get desperate, because they see something that cannot wait until tomorrow for us to address.

Besides NGOs, who do you think should support the fight against climate change and what is the role these parties should play?

Amara Nwankpa: For issues around the environment, I think the funding should come from everywhere, because everyone is affected. The private sector and governments should make a contribution. I think there is a lot of room for Nigerians to make their own contribution too, at the community level, at the local level. We are all impacting the environment, we all have a footprint.

Shell, we hear, has put up about a billion dollars for an Ogoni clean-up. That is an international company owning up to its responsibility to clean up an area where it devastated the environment. We want to see more of these kinds of initiatives.

Jackie Farris is Director-General of the Yar’Adua Foundation in Nigeria and executive producer of the documentary, Nowhere to Run.

Amara Nwankpa is Director of the Public Policy Initiatve at the Yar'Adua Foundation in Nigeria, which produced the film "Nowhere to Run".