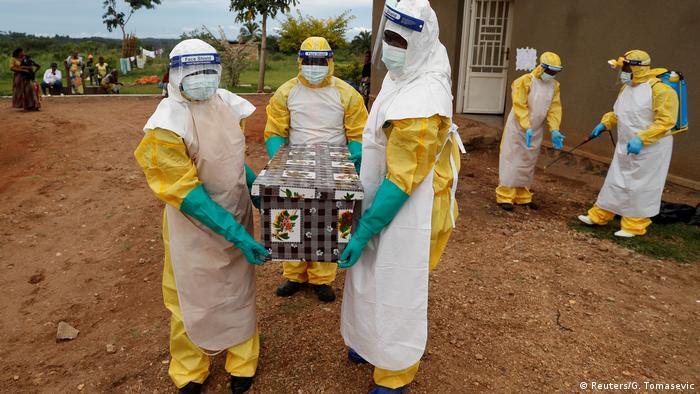 The World Health Organization (WHO) came under pressure on Friday over sexual abuse allegations tied to its employees in Congo.

A report published earlier this week had found that more than 80 aid workers, including 21 WHO staff members, were involved in sexual abuse and exploitation during an Ebola epidemic in the African country.

In a joint statement, the US, EU, UK, Australia, Canada, Norway and New Zealand urged WHO's bosses to take action to prevent sexual violence.

"We expect full commitment from the WHO to prevent and address such acts, including through fundamental reforms to the WHO," the US mission to the UN in Geneva said on behalf of the states.

The statement by the WHO's major donors voiced support for the organization's "immediate action to terminate the contracts of presumed perpetrators still in their employment."

It also called for an "assessment of the institutional policies, operational processes, leadership culture, and circumstances at WHO that allowed this to happen including for cases to go unreported to WHO’s leadership and member states."

"We will ensure that the WHO leadership's commitments lead to accountability, increased capability, action, and swift change," the statement said.

How did the WHO react to the scandal?

Four of those accused have had their contracts terminated and banned from future WHO employment, while two senior staff members were suspended.

On Tuesday, after the release of the report, WHO chief Tedros Adhamon Ghebreyesus said it was "top priority that the perpetrators are not excused but held to account."

"They should be fired, stripped of their UN immunity and handed over to the national prosecution authorities. They've committed crimes in that country and are subject to punishments of that country," a senior UN official who worked in the African country during the Ebola crisis told Reuters news agency.

The WHO will bring the rape allegations to Congolese authorities, Tedros said.

Most UN personnel are protected by functional immunity, which means they cannot be taken to court for anything they have done as part of their work. However, the UN secretary-general can waive the immunity if it "would impede the course of justice."