Donald Trump: Transgender individuals cannot 'serve in any capacity in US military'

US President Donald Trump has announced his latest policy decision via Twitter. Reactions from former military officials, politicians and service members has been swift and strong. 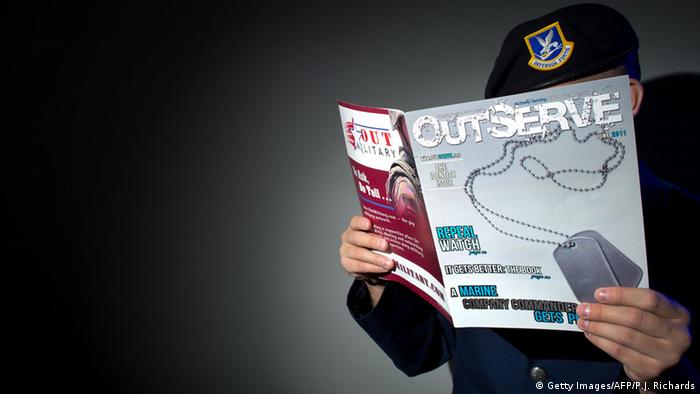 Donald Trump used his personal Twitter account on Wednesday to proclaim that transgender people would not be permitted in any roles within the US military, saying that their presence would bring about "tremendous medical costs and disruption" in the ranks.

"After consultation with my Generals and military experts, please be advised that the United States Government will not accept or allow transgender individuals to serve in any capacity in the US Military," Trump wrote. "Our military must be focused on decisive and overwhelming victory and cannot be burdened with the tremendous medical costs and disruption that transgenders in the military would entail. Thank you."

During the Barack Obama administration, which also scrapped the "Don't Ask, Don't Tell" policy on sexual identity in 2011, the Department of Defense announced on June 30, 2016 that transgender military staff could no longer be discharged, denied re-enlistment, or denied continuation of service for being transgender.

At the time, then-Defense Secretary Ashton Carter said: "I'm 100 percent confident in the ability of our military leaders and all our men and women in uniform to implement these changes in a manner that both protects the readiness of the force, and also upholds values cherished by the military: honor, trust, and judging every individual on their merits." 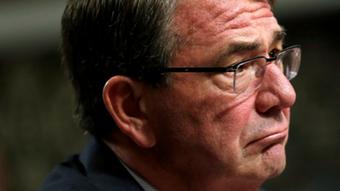 The plan would also have permitted the recruitment of transgender individuals as of this summer, provided they had been "stable" in their current gender for a period of at least 18 months.

The new policy's implementation, however, was scheduled to take place over the course of a year. On July 1, Carter's successor Jim Mattis approved a six-month delay to the implementation of the new rules allowing transgender recruits to join the military.

Carter criticized Trump's announcement on Wednesday. "To choose service members on other grounds than military qualification," Carter said, "is social policy and has no place in our military."  The former head of the Pentagon pointed out that transgender individuals are currently "serving capably and honorably" and also warned that the ban would "send the wrong signal" to younger Americans contemplating military service.

Shortly after Trump's announcement, Pentagon spokesperson Navy Captain Jeff Davis said that the Department of Defense "will continue to work closely with the White House to address the new guidance provided by the Commander-in-Chief [Trump] on transgender individuals serving the military."

However, Davis said "revised guidance" was not yet available and refused to answer questions on how Trump's announcement would affect transgender individuals already serving in the military.

"Call the White House," he said.

During a White House press briefing later in the day, Press Secretary Sarah Sanders countered the speculation that the Pentagon had been out of the loop on Trump's decision. "The president's national security team had been part of this consultation," she said.

However, she failed to answer a challenge on why the administration had not yet stated its policy towards transgender individuals currently serving the military.

"Look, I think sometimes you have to make decisions, and once he made a decision, he didn't feel it was necessary to hold that decision... and they are going to work together with the Department of Defense to lawfully implement it."

Immediately after Trump's Twitter announcement, the American Civil Liberties Union (ACLU), a non-profit and non-partisan rights advocacy organization, launched a counter-series of Tweets stating that "trans-service members on the front lines deserve better from their commander and chief" and providing a link to an online document to report gender identity and sexual orientation discrimination.

In a statement, ACLU attorney Joshua Block also accused Trump of "trying to score cheap political points on the backs of military personnel who have put their lives on the line for their country."

Move to 'weaken our military'

The Democratic leader in the Senate Nancy Pelosi (California) described Trump's ban as "vile and hateful" and a policy that would "weaken our military and the nation it defends." In her statement posted to Twitter, she also highlighted that on this same date in 1948, then US-President Harry Truman signed an executive order desegregating the US military - a ground-breaking move that helped usher in a era of civil rights legislation.

"President Trump has shown his conduct is driven...by raw prejudice," the senator wrote.

Ileana Ros-Lehtinen, the Republican's most senior woman in the House, also spoke out against Trump's ban announcement. The Florida representative has a transgender son and has been a long-term Republican supporter of same-sex marriage.

However, not all lawmakers unleashed protest at Trump's announcement. Representative Vicky Hartzler, a Missouri Republican who serves on the House Armed Services Committee, praised the president's decision on the basis of its alleged cost-cutting potential.

Arizona Senator John McCain, meanwhile, wrote in a statement that the move was "yet another example of why major policy announcements should not be made on Twitter." McCain said that the announcement "was unclear," pointing to the uncertainty over the status of transgender individuals already serving in the US military.

Chelsea Manning, formerly Bradley, the transgender former service member best known as a source of information for Julian Assange's WikiLeaks, was highly critical of the decision in a series of tweets on Wednesday.

"So, biggest baddest most $$ military on earth cries about a few trans people but funds the F-35?," Manning wrote, referring to a new Lockheed Martin stealth multi-role fighter jet that's notoriously over budget and behind schedule. "Sounds like cowardice."

Manning, who was a military analyst, served seven years of what was originally a 35-year jail sentence; Barack Obama commuted her sentence in the final days of his presidency.

Shortly after Trump's announcement Kristin Beck, a prominent author and trans activist who served for 20 years as Christopher Beck in the Navy SEALs special operations forces before coming out as a trans woman in 2013, tore apart Trump's newly announced ban and challenged its underlying argument.

"Let's meet face to face and you tell me I'm not worthy," Beck said in an interview with Business Insider. "Being transgender doesn't affect anyone else."

She also described the cost of medical services for trans service members as "negligible." "You're talking about .000001% of the military budget," she said. The House and Senate Armed Services Committees have proposed increasing the military's budget for 2018.

Beck went on to say that any potential problems with transgender service members were due to leadership - and not the issue of gender identity itself.

"A very professional unit with great leadership wouldn't have a problem," Beck told Business Insider. "I can have a Muslim serving right beside Jerry Falwell, and we're not going to have a problem. It's a leadership issue, not a transgender issue."

The governor of the southern US state has signed a measure scaling back a bill that restricted which restrooms transgender people can use. LGBT rights groups have said the decision does not go far enough. (31.03.2017)

The group behind a bus printed with a "hateful" anti-transgender slogan says it will continue its journey despite several protests. A similar bus was recently banned from the streets of Spain's capital. (31.03.2017)

Boy Scouts of America says it will welcome transgender children

One of the largest US youth organizations is making a major change to its identity. The Boy Scouts have made strides recently in welcoming members of the LGBT community into the fold. (31.01.2017)